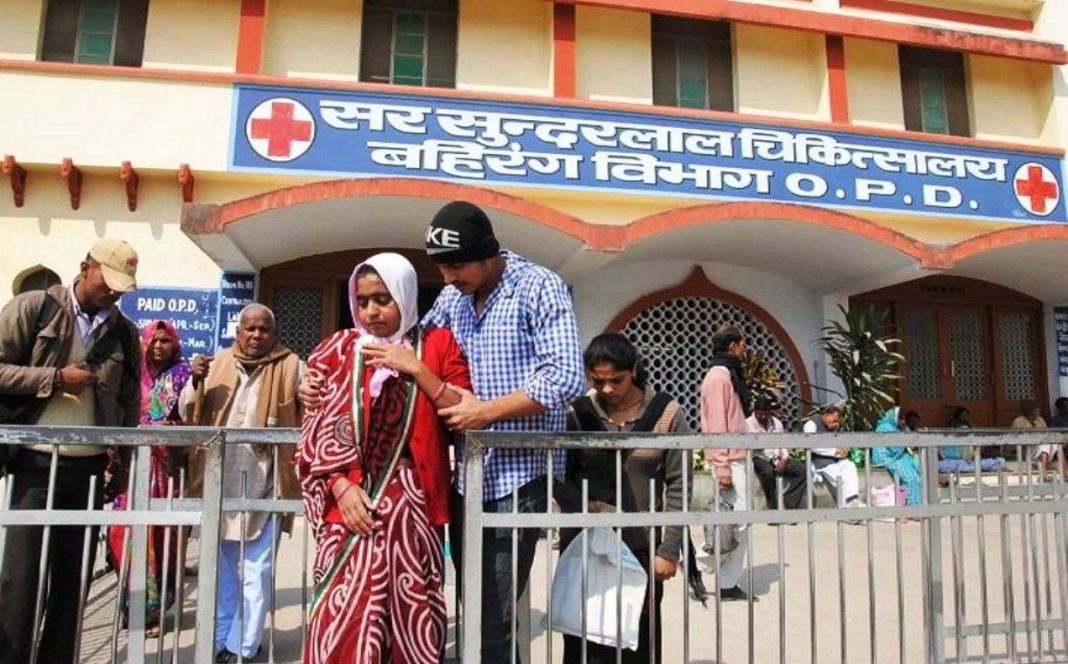 As if the Gorakhpur tragedy of 60-odd children dying due to lack of oxygen was not enough, it has come to light now that at least three people had died since April at the Sir Sundar Lal Hospital of BHU because the patients were administered a version of oxygen that is ‘non-pharmacopoeial’, or not suitable for human beings.

More importantly, this gas was supplied from a firm, Parerhat Industries Pvt. Ltd, that is owned by Allahabad North BJP MLA Harshvardhan Bajpai. This tragedy, and the direct association of one of its MLA in it, has left the state’s BJP administration
red-faced. While the Yogi Adityanath government has effectively swept away allegations of neglect in the Gorakhpur case by randomly suspending doctors and administrators, in this case the finger points directly at one of their own.

The firm, it has been said, does not have the licence to manufacture medical and surgical level oxygen or nitrous oxide, which was also on the list.

An investigation in the case has been completed and the result has been proved to be death due to inhalation of an industrial gas – possibly a low-grade oxygen used is industries – instead of proper quality oxygen.

The Allahabad High Court has acted on this, reacting to a petition submitted by Bhubaneswar Dwivedi.

The court has also ordered an inquiry into the irregularities in the state General Medicine and has constituted a high-level team of three experts who are to report back to the court in six weeks. The court has also sought an affidavit from the BHU administration explaining under which circumstances had the company been given licence to provide oxygen to the hospital.

The next hearing of the matter is scheduled on October 27.