The single-judge bench of Justice Asha Menon observed that the disputed paragraphs of the order are all opinion of the court. “How can we comment upon style of writing of a court?” remarked the bench 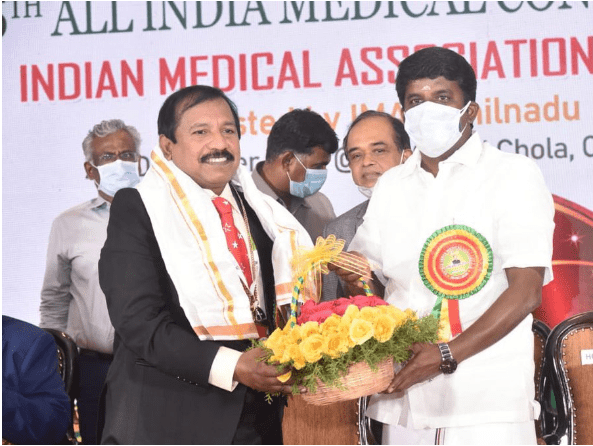 The Delhi High Court on Wednesday reserved its judgment on the appeal filed by Indian Medical Association president Dr J.A. Jayalal challenging a trial court order directing him not to use the IMA platform for propagating any religion and to maintain the dignity of the position he holds.

The single-judge bench of Justice Asha Menon heard the appeal against the order dated 03.06.2021 passed by the Additional District Judge, Dwarka Courts, New Delhi, and the counsels for both sides at length.

The Bench observed that the disputed paragraphs of the order are all opinion of the court. “How can we comment upon style of writing of a court?” remarked the Bench.

During the course of arguments, Senior Advocate Mukul Gupta, appearing on behalf of Dr Jayalal, submitted that the entire reading of the impugned order puts an onus in the negative on the appellant. He averred that only one interview was given by the appellant which was to Christianity Today and that it contains nothing defamatory or against the Constitution as noted in the order.

While rebutting the claim of the respondent in respect of the interview given to Haggai International, he responded that there is an e-mail from the Haggai International which states that no such interview was given by the appellant. He further submitted that the suit filed by the respondent herein was not maintainable and barred under Section 91 of CrPC as well as under Section 41(f) Specific Relief Act (SRA).

Per contra, the counsel for the respondent submitted that the present appeal is only to the extent of challenging the impugned order passed by the Trial Court as is evident from the prayer of the appeal. He contended that an article appeared on Nation World News which highlighted his views against Hindu nationalism, based on which the trial court passed the order.

The appellant is the present National President of IMA, a society registered to uphold the interest of the medical profession and to promote co-operation amongst the members thereof. The plea states that on 30.03.2021, the appellant gave an interview to Christianity Today.

It is averred that the said interview was given by the appellant in his personal capacity, expressing his personal view, and that nothing was said against any religion or against Ayurveda or regarding conversion of medical students, doctors and patients to Christianity.

It is further averred that on the same day a fake news article with the heading “In the Name of the Great Physician” was created which was alleged to have been published by the website Haggai International, projecting that the appellant had given the interview to Haggai International, whereby it was alleged that appellant wanted to use his position for Christian Missionary activities. It is stated further that on 29.05.2021, the respondent herein filed a suit for damages and defamation and for permanent injunction against the appellant on the ground of creating public nuisance and misleading the nation and its citizens.

It is alleged in the plea that the said suit is not maintainable as it is barred under S.91 CPC, under Articles 19 and 25 of the Constitution and thereby, deserved to be rejected. It is further alleged that the said suit is based on a news article which is false, and that the respondent herein has no locus standi to maintain the suit as no actual cause of action arose in favour of the respondent herein to sue the defendant.

In light of the above, the appellant filed the present appeal for setting aside the impugned order passed by the trial court.