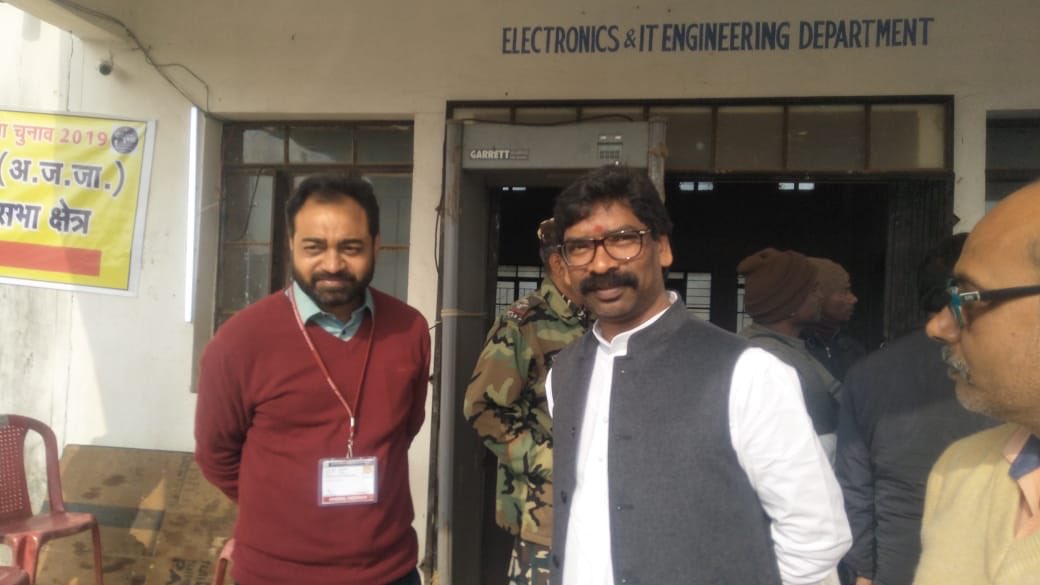 The Jharkhand Mukti Morcha (JMM)-Congress-Rashtriya Janata Dal (RJD) alliance is leading in 42 seats and is likely to form the government, as per the latest trends.

The BJP, the single largest party so far, is leading in 29 seats.

Hemant Soren, chief ministerial face of Congress-JMM-RJD alliance is leading in Barhait with 8, 616 votes.BJP’s Simon Malto trails behind him.

Soren is also leading with 3,188 votes in Dumka constituency.

The incumbent chief minister Raghubar Das, who is seeking a sixth chief ministerial term, is trailing in Jamshedpur East with a margin of 771 votes against his former party colleague and rebel Saryu Rai, who contested the election independently.

“These trends are not the final word. There are more rounds of counting to be held. It will not be correct to comment on these trends. I will hold a press conference later in Ranchi,” Das said as he dismissed the early trends.

However, the AJSU broke ties with the BJP and is contesting the elections alone this time, after the latter refused to agree to AJSU’S demand for 17 of the 81 seats.

After winning the Jamshedpur west seat in the 2014 assembly poll, Saryu Rai hoped to become the chief minister however, the BJP decided to go ahead with a non-tribal CM for the first time in Jharkhand.

he Supreme Court ha...
Read more
India Legal
Did you find apk for android? You can find new Free Android Games and apps.