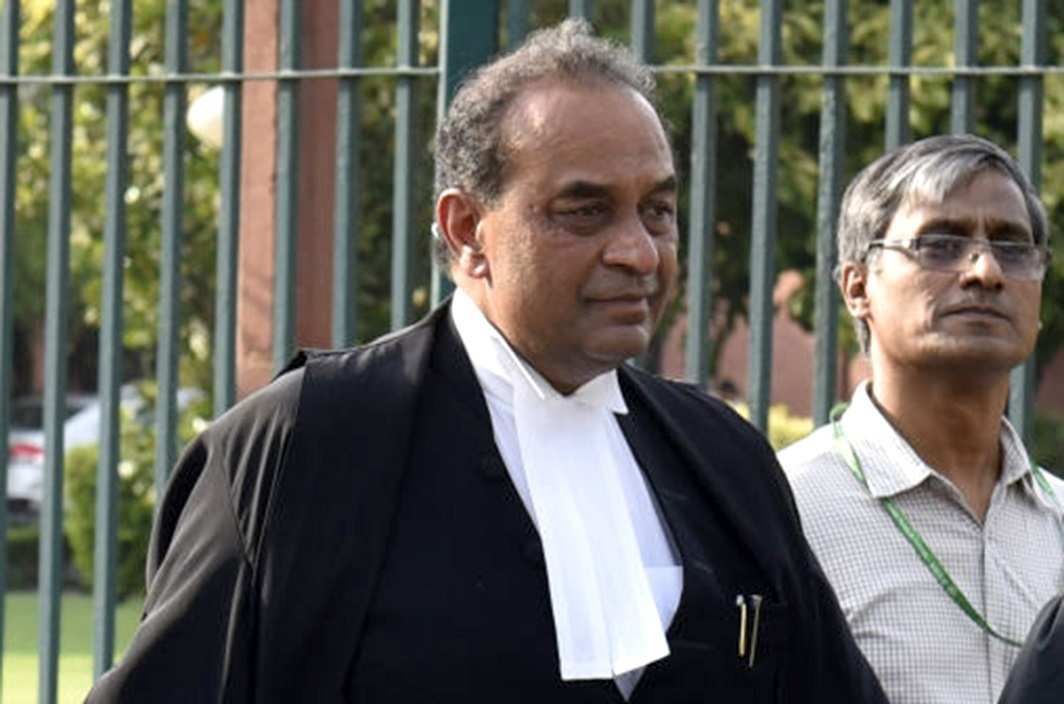 The Supreme Court bench of Chief Justice Dipak Misra and Justices A M Khanwilkar, D Y Chandrachud on Monday (February 12) continued hearing the plea seeking independent probe into the mysterious death of Justice B G Loya who was handling the Sohrabuddin Seikh case.

In Monday senior advocate Mukul Rohatgi, representing the State of Maharashtra, did his submissions in defence. He said the copies of the Interlocutory Application (IA) has not been served. At that senior counsel Dushyant Dave said even if the copies had not been served to him, he managed to get that. He even said that the copies of the original reports have not been received by him as the respondents are saying that the registry didn’t allow to get this.

Rohatgi said that everybody filed PILs, and there are some rules and regulations related to this. Rohatgi then started reading the 2010 judgment defining what a PIL is.

He said the court should be prima facie fully satisfied with the petition and consider if that litigation would help the public at large. He said: :The article came (was published) on November 21, 2017. Nobody had done anything in three years; neither any party nor these PIL petitioners. Actually there is nothing to do. The article is baseless.

“We are in February and within these days all the PILs came, and cases were filed in the Bombay High Court. The article is based on hearsay evidences. And that is another aspect. These allegations are baseless. There petitioners… are fighting on baseless allegations. Since it is related to demise of a judge… this must be dismissed.”

Rohtagi  said that from November 30, or 29th night, the judges were with the deceased till the afternoon of 1st. “It is irrelevant to talk about sadar, why three judges stayed in one room. All is irrelevant. The only relevant part is the statements of those judges. The judges of the High Court including the Chief Justice, when informed early morning reached the second hospital within half an hour.

“That four judges of the high court, including the Chief Justice when informed reached the second hospital (Mediternia) at 7am. They were informed by a district judges.”

Rohatgi then referred to writ petition 19 argued by senior counsel V Giri. He said: “I will show the content and affidavit in support.” He was dealing with writ petition 19, submitted by Senior Counsel Giri.

He said: “This completely came after a nonsense. They don’t know what is ‘public at large’. Just woke up and filed a three-page petition, based on Indian Express, NDTV and Caravan. Every ground has been arrived at by the media. The allegations are reckless.

“If somebody cares to read the facts he would have understood why the second hospital directed a postmortem. Because he arrived dead.

“That’s the importance of post-mortem, because he collapsed on the way, so it suggested postmortem. Anyways, this is the nature of this petition. For postmortem family consent is not required.”

Rohatgi continued submissions, saying: “There was no homework, no verification. You relied on hearsay and filed the petition in the Supreme Court.”

Then Rohatgi referred to the second petition, which is writ no. 12(B). Referring to opposite counsels he said: “We know that the media always says contradictory things. There will be discrepancies in the articles of Carlos publishing house… How can this be true as per your knowledge?”

Then he went back to his rant about time lapsed. He said: “For three years you did nothing and now you say we are standing for judiciary… now they are scandalizing the law.”

Senior advocate Dushyant Dave said: “I am not here for my demolition.” He said they are arguing on facts.”

Rohatgi said: “Paragraph 1 showed that the petitioners are a body of advocates who practice in the High Court, but there is nothing about who their office bearers are and other things. Page 7 talks about the tactics about a particular event. It shows (this has) nothing to do with the unfortunate death of a Judge. And that is why the motive is different.” He said there was an ulterior motive in all this.

Then he pointed to another page. “Page 14, is there any relevance with the unfortunate death here? The trail commences after three years. The case has not been filed out of sympathy and out of concern for the judiciary. All this is aimed to get public sympathy. This is not because of the unfortunate death. Three years after the death a shocking story emerges on a media page.”

Re reiterates: “The motive is something else. The petitioner is just being used. This is the petition which shows the motive of this. And don’t know who is standing behind the petitioner.”

Justice Khanwilkar commented that the association should have been identified and detailed. For this Dave apologised.

Rohatgi then said that itw as not clear who were the members of the association of lawyers. “Paragraph 9 talks about Uke. Now who is Uke? It will be interesting to know.”

He mentioned about one advocate and said: “This advocate was in jail for contempt. He came before the Supreme Court and then goes back.”

The judgment called Kusumlata was referred to. In that case the long sentence given is just for personal gain. Nothing is related to the death.

He reiterates that the PIL was not for the benefit of the judiciary. A newspaper report cannot not be relied upon without verifying the facts. He then referred to a number of judgments and then asked the court to examine on that canvas.

“He died because of induced heart attack or he was poisoned. Because there is no other way. If there is a condition of unnatural death, either someone induced him with poison, because no other way could exist.” He was referring to the enquiry report”

He said: “Rathi is another local judge in Nagpur, along with Waikar. Dr Pankaj Harkutt works as a specialist in Medetirina. The crux is:

Then he said: “At Medetirina at 6am, the doctor comes out and informs about the death of justice Loya. At 10, the dead body was given for postmortem.

“Judge Rathi is the one who complained about the ECG machine. There are two Rathis – one who was present at the time of the ECG and informed that the machine was broken and one who received the dead body.”

He said there was no reason to consider the judges’ testimony as suspicious.

The next date of hearing is February 16.