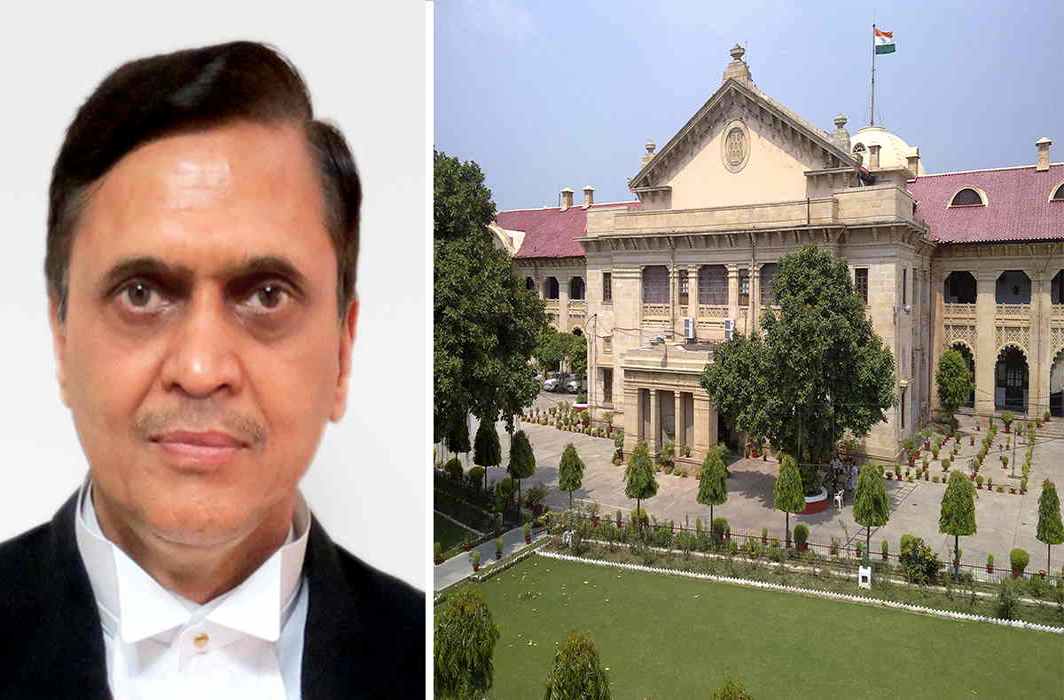 Justice Ved Prakash Vaish retires on June 26, 2021. This means he has less than ten months to settle affairs and to settle down into a well-earned retired life. His is a family of legal ‘achievers’, so to say.

He himself – born June 27, 1959 – was a bright student, having completed his schooling in Delhi in 1975. He got his Bachelor’s degree in law in 1984 and enrolled as an advocate with the Bar Council of Delhi. He started practice on the civil side in district courts and Delhi High Court. Thirteen years later he, probably fed up with arguments from the bar, decided to move over to the other side and join the Judicial Service. He sat for the exam, got a creditable second rank and got selected for in Delhi Higher Judicial Service in 1997. He started as an Additional District Judge, handling civil cases.

In 200-2003 he was Additional Sessions Judge (NDPS) and then a Special Judge (CBI) in 2006 where, interestingly, he dealt with cases under The Prevention of Corruption Act, 1988.

With legal aptitude ruing in the family, Judge Vaish’s son, Nitesh Gupta was also set to join the judiciary.

In August 2017, “Four days before he was set to become a permanent judge of a trial court,” says a report in The Indian Express (dated: August 21, 2017), judicial officer Nitesh Gupta’s services were terminated by the Delhi High Court. the entire episode was out in the open, in public view and the media: “Gupta is the son of Justice Ved Prakash Vaish, a sitting judge of the High Court of Meghalaya. Gupta, who was on probation since July 2016, was due to be posted as Metropolitan Magistrate at Tis Hazari Court,” the reports added.

It was not an easy decision, one may understand. It was taken by the full court of the Delhi High Court on August 10. And this was reported to the media by Registrar General (RG) Dinesh Kumar Sharma.

Why was Gupta terminated? While the Registrar General explained that Under Rule 22 of the Delhi Judicial Service Rules, 1970, “the services of a person on probation are liable to be terminated without assigning any reason,” the real story needed a foot of dig in the dirt. Authorities found Rs 5.73 crores in the accounts of the young man, so far without a proper job and set to join his first.

Gupta made wild claims. He claimed the amount was an “interest-free loan” from somebody and he was planning to buy a house with it. Expectedly, such unfounded claims found no taker.

The case had gone too far. Following the decision of the full court of the Delhi High Court, The Lieutenant Governor (L-G) of Delhi Anil Baijal approved it the same day.

Gupta was slated to take charge as a Metropolitan Magistrate in Tis Hazari Court from August 14 (was on probation since July 2016).

There have allegations, as wild, in certain sections of the media that there was controversy surrounding the very selection of Gupta, when his father, Justice Vaish was a Judge in the Delhi High Court. India Legal refuses to purchase such nepotism allegations against a sitting judge.

In October 2017 the Supreme Court upheld the dismissal and refused Gupta’s plea on this, with the bench led by Justice Ranjan Gogoi saying: “You better practice law than decide law”. Gupta had contended that he did not get sufficient opportunity to explain his side.

In a Facebook post on May 5, 2015, Justice Markandey Katju, former Supreme Court judge and former Chairman of the Press Council of India, presented an email that he said he had just received. He said he deleted the name of the sender, but Justice Katju’s comment was “The reader can draw hi own conclusions.”

We are reproducing part of the letter that Justice Katju appended, unedited and without comment:

“The recruitment notification of the Delhi Judicial Services 2014 examination was issued way back in February, 2014. The Mains examinations were already being held last year on 11 and 12th of October, 2014. More than six months have elapsed since then but the result of Mains examination were not declared. After seven months the results of Mains exam were declared (whose copy is enclosed as attachment) on 1st May, 2015. To the shock of hundreds of judiciary aspirants, only FIFTEEN candidates were declared as qualified.