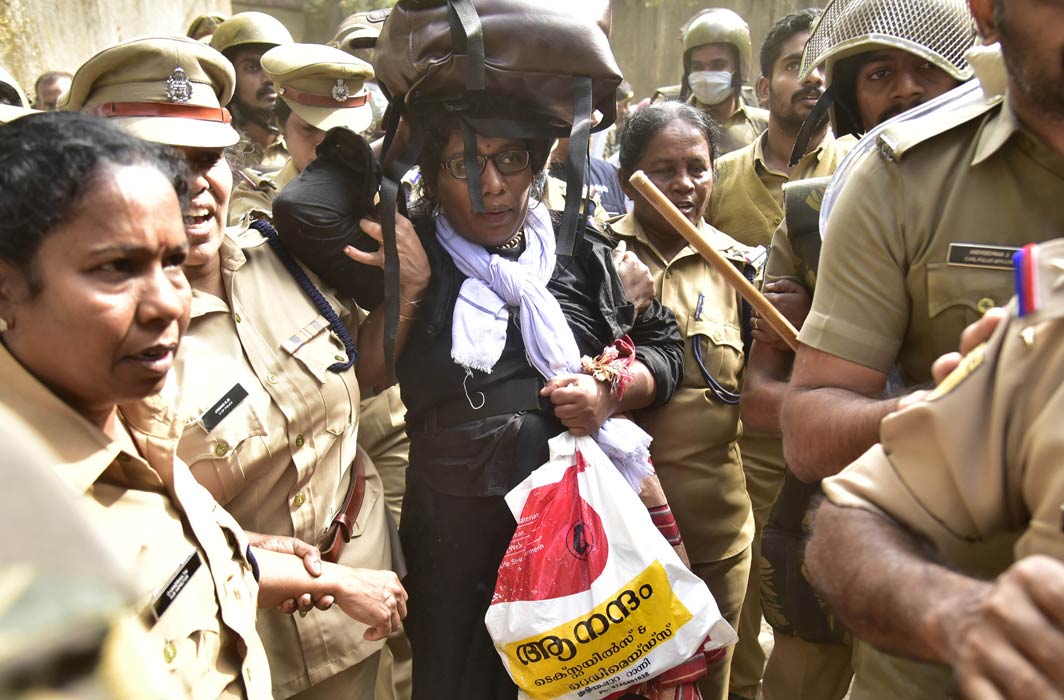 In a virtual admission of defeat and its inability to fulfil the assurances given to the Supreme Court and the High Court, the Kerala government has said that mpo womanm of menstrual age could enter the Sabarimala temple as per the apex court directive because the government wasn’t keen on it.

“If the government wanted to, we could taken them to the hill stop temple”, said Kadakampal,lly Surendran, the minister for the Devaswaom Boards that runs approximately 700 temples in the state including sabarimala. Not a single woman between the age of 10 and 50 have been able to rfeach the temple despite the apex court on September overtujrning centurities old tradition and ordering that they be allowed. The few who tried were met with stiff opposition from devotees and ayyappa bhakts. Many of those who tried were actually activists who adventurism only encouraged the entry opponents to show steely determination that they be kept out. Just two days ago

Sabarimala cannot be a place for activists to fight their causes, the minister said.

Only two days ago, the police had to take 11 women belonging to Tamil Nadu-based activists organisation to safety after the devotees turned violent and force them back. Three members from the group tried to meet Chief Minister Pinarayi Vijayan in Thiruvananthapuram on Monday, but his office denied them permission saying they did not have a prior appointment.

The government, especially the state police, faced criticism for the second straight day for their defensive approach.  The government however saying they decided not use force after considering the presence of thousands of devotees including children and senior citizens at Sannidhanam.

The Pampa police have registered cases against 41 people and arrested 10 of them for obstructing Manithi women and Sannidhanam police a separate case against 150 people for stopping the two women on Monday.