The law students highlighted the black-marketing and illegal hoarding of critical medicines, oxygen cylinders, and other life-saving drugs, including Remdesivir and Tocilizumab. 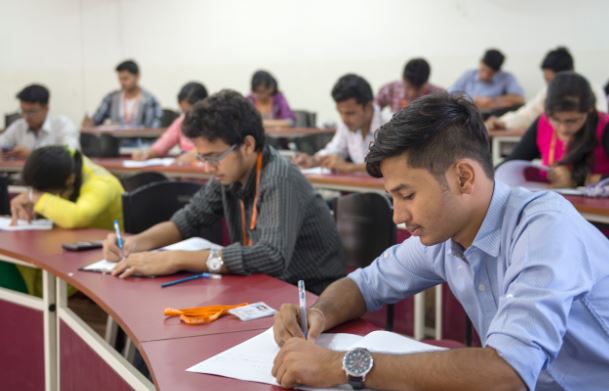 Around 27 law students from across the country, fearing the critical situation arising out of the Covid-19 pandemic, wrote a letter to Chief Justice of India Justice N.V. Ramana, requesting him to issue uniform guidelines for certain matters related to the current situation.

The letter stated, “The pressure on the health infrastructure and the critical medicine supply chain is enormous, as well as there is widespread panic among the citizens at large. In these circumstances, we write to you to draw your kind attention to certain matters, which are of utmost public importance. We urge you to treat this representation as a Letter Petition and take cognizance of the same.”

Firstly, the students highlighted the black-marketing and illegal hoarding of critical medicines, oxygen cylinders, and other life-saving drugs, including Remdesivir and Tocilizumab. They submitted that there was wastage of essential medical supplies, including Remdesivir injections, Tocilizumab and oxygen cylinders, which were being seized by the police from black marketers and illegal hoarders, which otherwise, could be used to cure the patients in need.

Further, the letter revealed the current situation of all the states pertaining to black-marketing and hoarding of these critical drugs as per the report of CDSCO, which contained the items they confiscated. The highest number of confiscated items were disclosed in Uttar Pradesh. All the confiscated items were being stored in the malkhana by the police. The students said critical medicines required special circumstances to be stored and maintained, failing which they get wasted and non-fit for use. Holding them on in the malkhana in police custody was leading to wastage of resources, they added.

Secondly, the letter emphasised on the most common issue faced by all COVID-19 patients in India-Admission in the Hospital.

“It is the fact that we have been recording more than three lakh cases across the country on a daily basis. The panic situation has led to crisis in healthcare infrastructure in India,” said the students.

The letter read, “In the majority of hospitals across states, an RT-PCR positive report is being considered amandatory requirement for being admitted into the hospitals. Due to the recent sudden spike in number of cases, there is additional burden on the testing labs. As a result, the RT-PCR test results are taking more than 24 hours in the majority of states and without which hospitals are not admitting patients, even though they have mild to severe symptoms.”

“Not just the crisis of critical care beds and oxygen, delay in RT-PCR test results is also proving to be fatal for people. Overwhelmed with samples due to the sky-rocketing transmission rate, the government supported and private labs were taking 3-5 days to give results. The situation was so pathetic that despite the severe and critical conditions, patients have been denied admission and there were news reports of death due to non-admission of patients because the person could not produce an RT-PCR report. In some cases, patients have died because hospitals denied admission since they did not come through the 108 ambulance.”

“In the second wave of COVID-19, we all are aware of the fact that situation has never been this crucial. Meanwhile, the non-COVID patients are also getting affected as several hospitals have postponed their planned surgeries, and many patients are left with no option, but to delay their treatment. Patients with chronic diseases are suffering the worst. Most chronic diseases require monitoring and drug dose modifications. While teleconsultations have been made available by hospitals, they can’t replace the supervision of physicians/specialists,” submitted the letter.

The students demanded more rational and practical set of comprehensive guidelines for non-urgent or elective admissions from the government to enable hospitals and smaller nursing homes to allow patients with other ailments to get treated and admitted as per their condition.

The students requested the CJI to consider following steps for dealing with issues at hand:

• The confiscated medicines, essential injections and oxygen cylinders, in consultation with the CMO, be appropriated for the needy in these critical circumstances. This can be done by using the provisions, keeping a sample of confiscated items and sending the rest of the critical medicines and equipment for being used in the District Hospitals.
• The letter sought appropriate guidelines in regard to the manufacturers of the lifesaving drugs, critical medical equipment and oxygen cylinders which should directly provide the stock to district collectors and then the same can be re-allocated in consultation with CMO to the hospitals as per their requirement. This will eliminate middle-men and help to check black-marketing and hoarding of critical resources.
• Fixation of a ceiling price for such essential medicines and oxygen cylinders by the administration
• Provide a helpline to report the malpractices will help in eliminating the problem to a great extent.
• Setting up of flying squads in every district to check malpractices in the sale of the injection, will be another important step in this direction.
• Framing standard and uniform guidelines for admission into hospitals across the country, which must take into account the condition of the patient seeking admission.
• Refusal of admission for the want of a positive RT-PCR report should be expressly prohibited.
• Increment in number of testing, upgradation of testing infrastructure and allotment of more COVID care centersalong with roping in necessary aid from defence andparamilitary infrastructure, be done by the respective governments.

Read Also: Covid vaccination at doorstep for elderly, those at greater risk

• Engagement and training of staff from the medical fraternity, paramedics and medical students for speeding up of tests and timely issuance of test results be done.

Did you find apk for android? You can find new Free Android Games and apps.
Share
Facebook
Twitter
Pinterest
WhatsApp
Previous articleSupreme Court e-committee newsletter December 2020 issue out
Next articleCovid vaccination at doorstep for elderly, those at greater risk