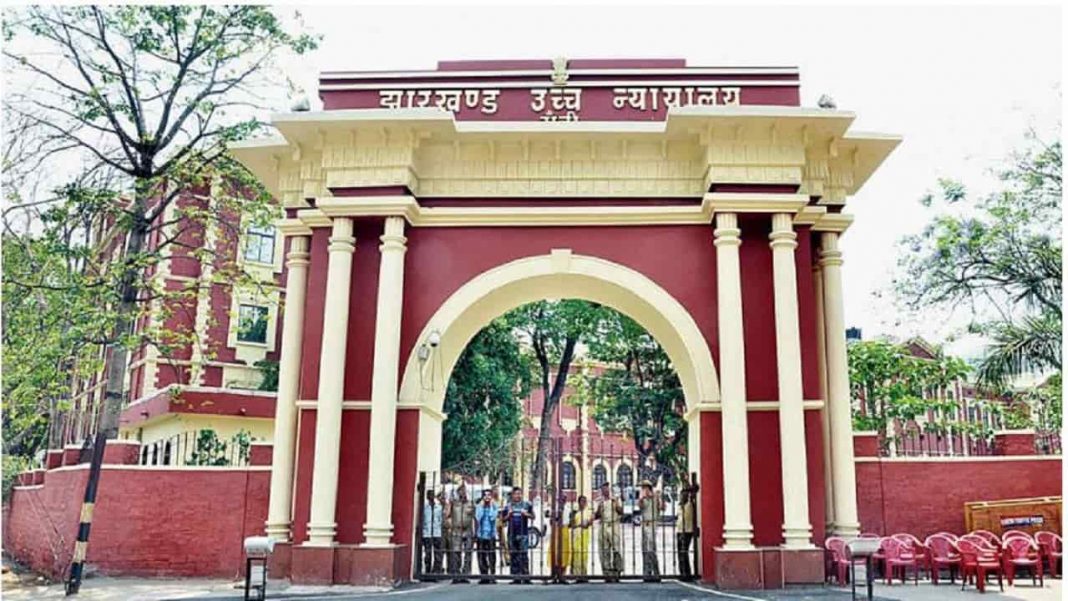 The Jharkhand High Court, while setting aside a Trial Court order, has observed that a married woman cannot claim that the petitioner raped her on false pretext of wedding, as the victim knew that she cannot enter into matrimony with him in view of the fact that she was already married.

A Single Bench of Justice Sanjay Kumar Dwivedi  disposed of a Petition filed for quashing of the order  including the entire criminal proceeding arising out of Deoghar Mahila Police Station  corresponding to a Case  registered for the offence under section 406, 420, 376(2)(n) of the IPC and pending before the Chief Judicial Magistrate, Deoghar.
The case has been registered alleging therein that the petitioner  during posting  came in contact with the informant / O.P.No.2 (Victim)  at her father’s shop and got to know that the informant was a married woman and a divorce litigation was pending with her earlier husband. It is also alleged that the informant had financial terms with the petitioner and she had deposited an amount in the account of the petitioner .The petitioner also enticed to marry the informant after her divorce.
It is further alleged that thereafter in December 2019 the petitioner put vermilion on her head  and married the informant and thereafter established physical relation with her several times by making false pretext to marry after her divorce, but in February 2021, the petitioner completely denied to marry the informant.

Prachi Pradipti, the Counsel appearing on behalf of the petitioner submitted that mother of the petitioner has filed the private complaint case against the victim/ informant under section 147, 341, 323, 380, 406, 420, 452, 504, 34 of the IPC  in which cognizance has been taken. She further submitted that the victim/ informant under Section 164 Cr.P.C has stated that she is already married and engaged in litigation for divorce with her husband.

Prachi further argued that the victim was already married and there is no question of alluring her for marriage as she was already married and established relationship and both the petitioner and the O.P.No.2 were adult. She submits that only on that ground the case has been registered and even section 376(2)(n) of the IPC is not attracted. She further submitted that the order taking cognizance dated 24.09.2021 is also not a speaking order and in that view of the matter, the entire criminal proceeding may kindly be quashed.

On the other hand, Sumit Prakash, the counsel on behalf of the O.P.no.2 submitted that the petitioner has established relationship with O.P.No.2 on the false pretext of marriage and in that view of the matter, the court has rightly taken cognizance. He submits that there are judgments of the Supreme Court that if on the pretext of marriage the relationship is established, the case under section 376 of IPC can be maintained.

Shailendra Kumar Tiwari, Advocate on behalf of the respondent State, contended that the ingredients of section 420 IPC is also there and in that view of the matter, the court has rightly taken cognizance.

In view of the submissions of the Counsel on behalf of the parties, the Court has gone through the material on record and found that admittedly the mother of the petitioner has filed the complaint case against the O.P.No.2 and thereafter the present case has been filed. The informant under section 164 Cr.P.C. has clearly stated that she was married and the case of divorce is going on which suggests that a married woman has established relationship with her consent with this petitioner, the Court noted.

“Even assuming that promise by the petitioner for marriage, she was knowing that she is a married woman and marriage will not take place, and in spite of that she has established relationship with the petitioner that promise is illegal and that cannot be a basis for prosecution under section 376(2)(n) of the IPC. In the case in hand, there is no question that this petitioner has allured as she was already married and she was not divorced and in spite of that she has established the relationship with this petitioner,” observed the Court.

Moreover, the High Court held that Section 406 IPC is for punishment for breach of trust. In order to bring criminal breach, to prove entrustment is an essential ingredient under section 405 IPC. Section 420 IPC is only made out if from the very beginning the intention of cheating is there which is lacking in the facts and circumstances of the present case. Thus, prima  facie it appears to the Court  that the ingredients of those sections are not made out.

The Court has gone through the order taking cognizance and found that the court filled the words ‘cognizance’ and ‘personal’ in the blank space which suggests that there is non-application of judicial mind, and in that view of the matter, the order taking cognizance arising out of Deoghar Mahila Police Station corresponding to a Case registered for the offence under section 406, 420, 376(2)(n) of IPC and pending before the Chief Judicial Magistrate, Deoghar is set aside by the High Court and the matter is remitted back to the concerned court to pass afresh order in accordance with law.

Did you find apk for android? You can find new Free Android Games and apps.
Share
Facebook
Twitter
Pinterest
WhatsApp
Previous articleCorruption charges against Swati Maliwal for illegal recruitments in Delhi Commission for Women: Delhi High Court
Next articleDo not equate any religious processions with a communal riots: Supreme Court