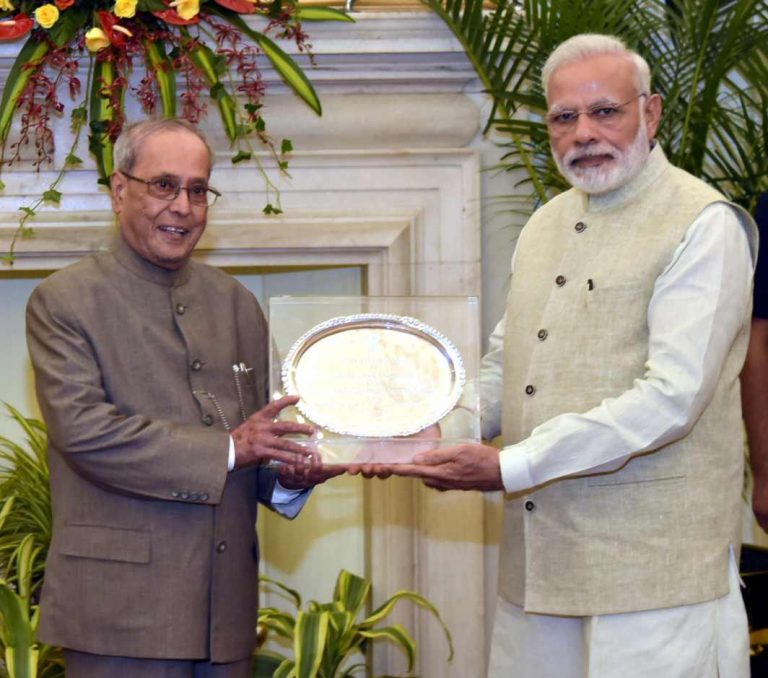 Above: The Prime Minister, Narendra Modi presents a memento to the then President, Pranab Mukherjee on the occasion of farewell hosted by him for the President on July 22, 2017. Photo: PIB

Former President Pranab Mukherjee may have been a Congressman at heart for nearly half a decade before he moved to Rashtrapati Bhavan, but that did not prevent one Narendra Modi from getting his “guidance” within the intricate corridors of New Delhi. And the Prime Minister has remembered this.

In a letter that Modi sent to Mukherjee, on the latter’s last day in office as President, Modi refers to Mukherjee as “Dear Pranab Da”, and then goes on to express his gratitude for the senior statesman.

Modi wrote: “Three years ago, I came to New Delhi as an outsider. The task before me was huge and challenging. In these times, you have always been a father figure and a mentor to me. Your wisdom, guidance and personal warmth have given me greater confidence and strength.”

It is a very personal letter that Mukherjee has revealed to all on his new Twitter handle @CitiznMukherjee. Mukherjee wrote: “On my last day in office as the President, I received a letter from PM @narendramodi that touched my heart! Sharing with you all.”

In these days of intense politicking, these are the instances of humane touches that feels like fresh air.

Mukherjee had not only acted The President with his controlled and statesman-like behavior at Rashtrapati Bhavan, he did not let the almost generic animosity existing between the Congress and the BJP interfere into his work as the chief executive of the country. Modi has acknowledged this in the letter.

Modi wrote: “Your intellectual prowess has constantly helped my government and me… You have been so warm affectionate and caring to me. Your one phone call asking me ‘I hope you are taking care of your health’ was enough to fill me with fresh energy, after a long day at meetings or on a campaign tour.”​

You can read the letter below. 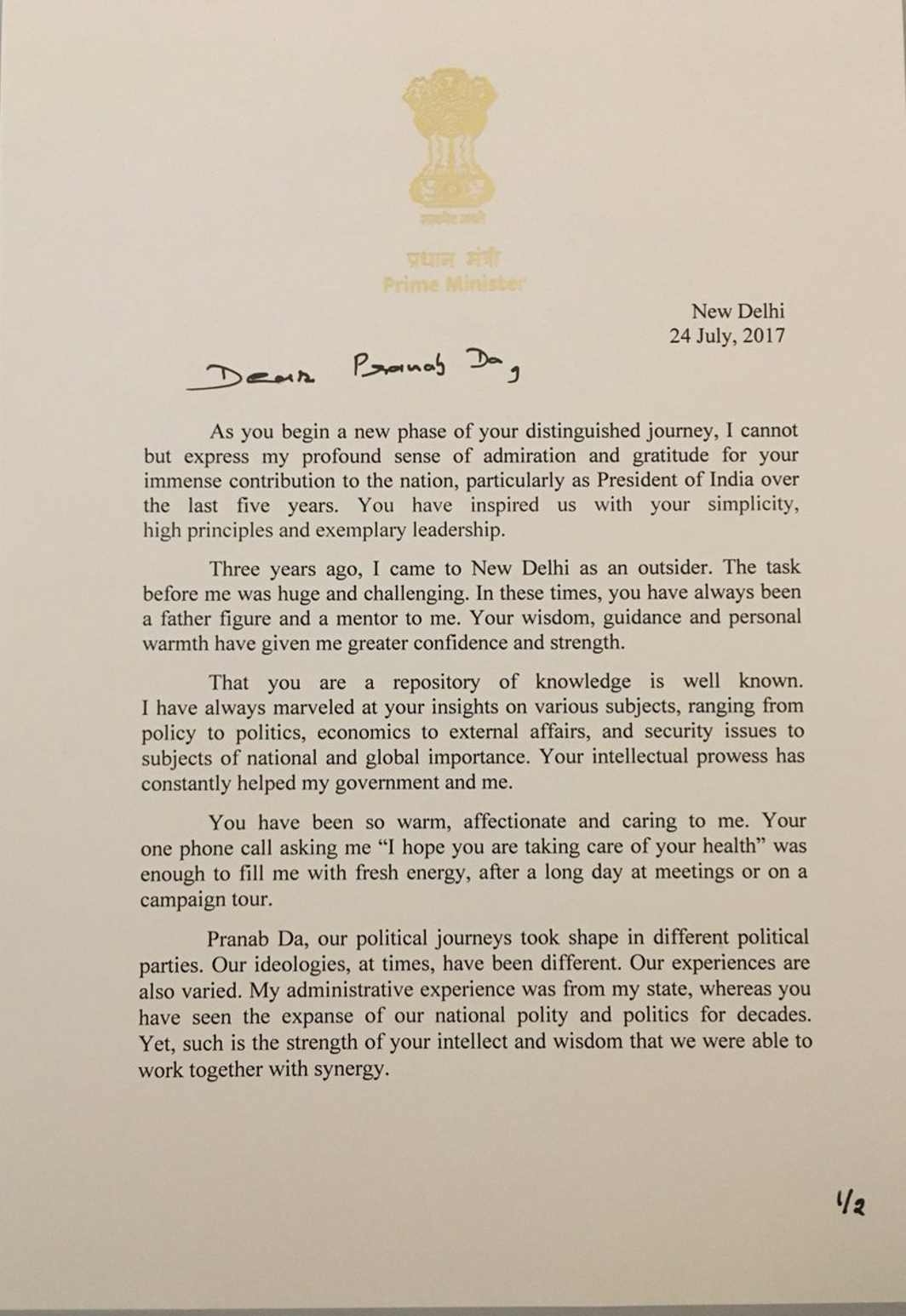 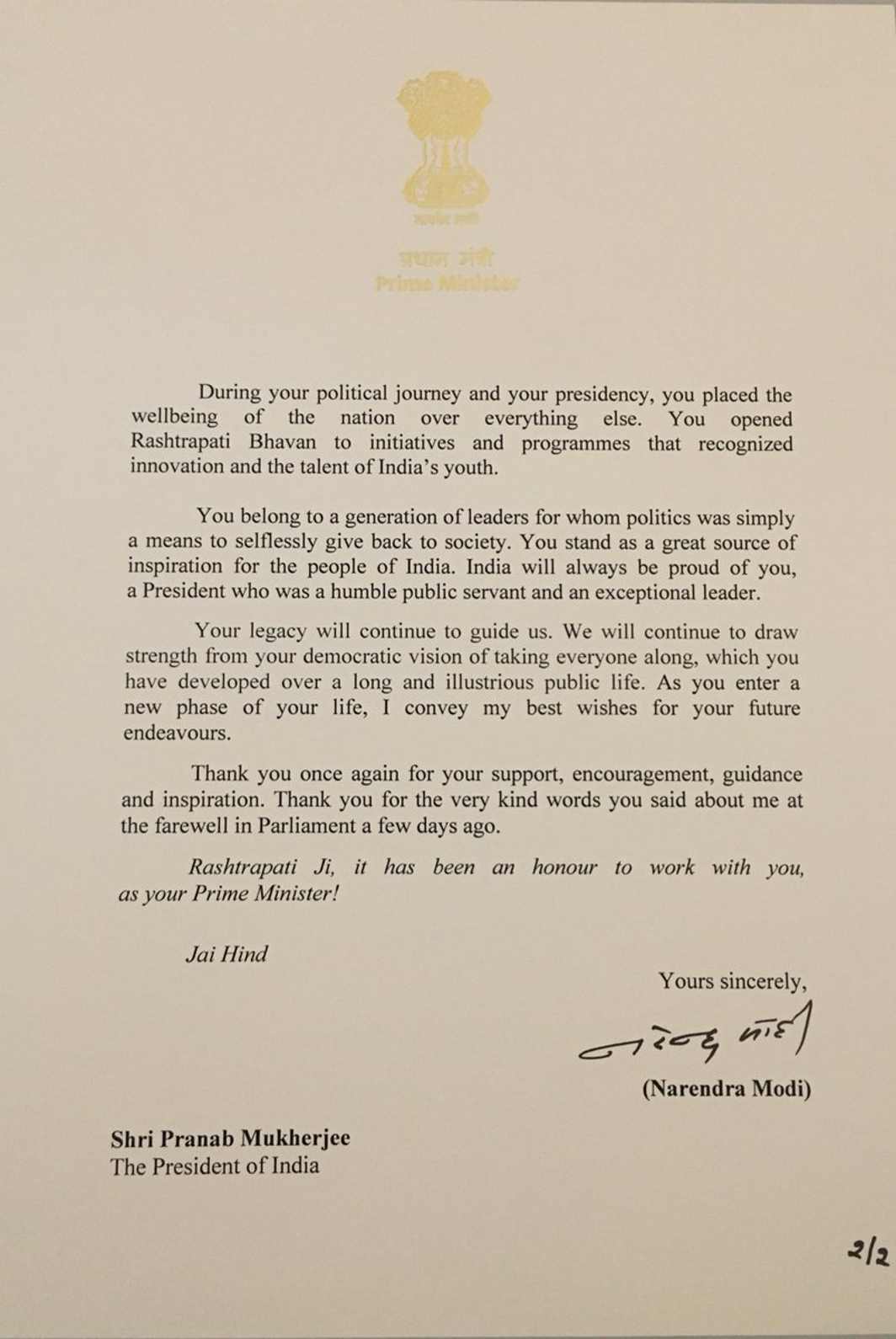