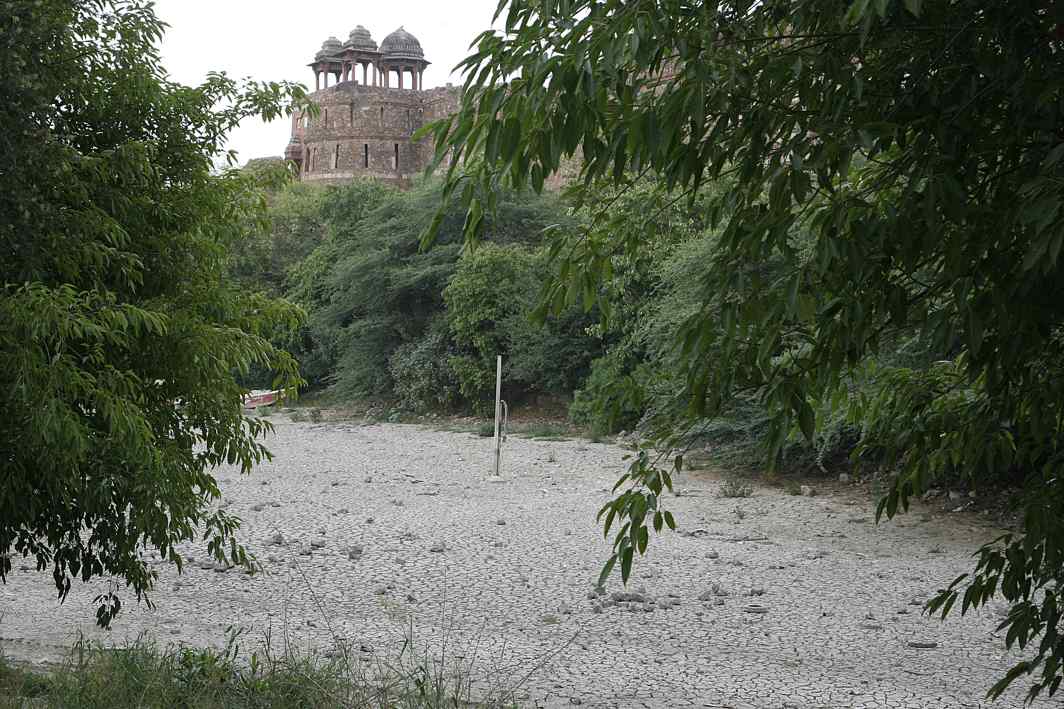 Above: The Purana Qila lake has now completely dried up. Photo: Anil Shakya

The National Green Tribunal (NGT) on Tuesday (August 29) directed that a senior official of the Archaeological Survey of India (ASI) should be responsible for the Purana Qila lake, which has not only dried up, but is dirty and a tourist eyesore.

The Purana Qila (Old Fort), dating back to the 1530s, falls under the jurisdiction of the ASI. However, the ASI had taken its hands off the lake per se. The lake, which is actually a remnant of a moat around the fort, used to be fed by the river Yamuna when it was flowing nearby. The river has meandered eastwards thereafter and the cracked base of the lake meant that the leaking water was not replenished. Delhi, already has a scarcity of water and the source for refilling was not found.

Hence what once was a boating paradise within Delhi, is now a dry patch.

None of the four organisations of the city—the Delhi Development Authority, the municipal corporation, the ASI and the Delhi tourist department—were eager to come forward and accept responsibility.

The NGT’s fixing of responsibility now comes with accountability.

The next date of hearing is September 5.