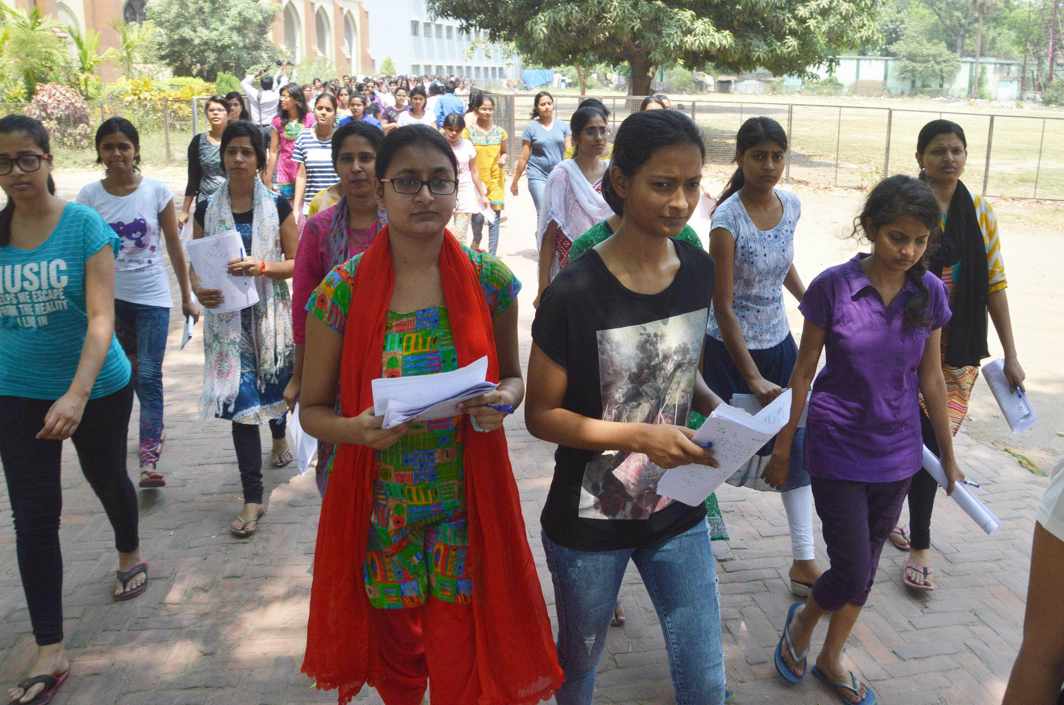 Above: Candidates coming out the examination centre after appearing for NEET exam, in Patna (file picture). Photo: UNI

The Delhi High Court bench of Acting Chief Justice Gita Mittal and Justice C Hari Shankar on Monday (August 21) came down heavily on the shoddy investigation carried out by the crime branch of the Delhi Police into the NEET PG scam, calling it pathetic. The bench also ordered that the chargesheet and all relevant documents in the possession of Delhi police be handed over to the CBI, which is also investigating the huge VYAPAM scam that runs into thousands of crores.

The case has come off a petition of whistleblower Dr Anand Rai (also one of the whistlerblowers in the VYAPAM scam). The petitioner says the investigation done by the Delhi Police’s crime branch is unsatisfactory and a matter of concern because the careers of many doctors are associated with it.

The bench said that it will take a view on the investigation. “This is a very serious matter. It is very pathetic investigation done by the crime branch of Delhi Police,” it observed.

With Lokendra Chauhan, the police crime branch Inspector and investigating officer from Daryaganj, present in court, the bench asked GNCTD advocate Ramesh Singh to appear for Delhi Police and ordered Chauhan to handover copy of chargesheet to him and to the CBI counsel.

The court has asked the crime branch of Delhi police to transfer the investigation and monitoring to the CBI. The bench has issued notice to the respondent to file the report within one week.

The matter has been adjourned to September 12.