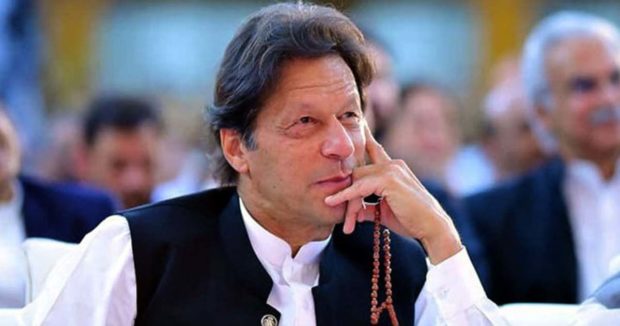 New Delhi (ILNS): Pakistan is currently facing dramatic political developments, with 11 major parties having formed the Pakistan Democratic Movement (PDM) to launch a nationwide protest against Prime Minister Imran Khan who is being accused of being “selected” rather elected by the military with ulterior motives. He is said to be a “puppet” in the hands of the Army.

The Pakistani Army, led by General Qamar Javed Bajwa, is also facing an unprecedented attack from the opposition, especially former Prime Minister Nawaz Sharif, who is being supported by the general public coming out on streets and clapping in support of the Opposition.

Such an attack on the Army has not been witnessed in the Political history of Pakistan. This is a sign of trouble for the incumbent government, which is losing its credibility and hinting at an imposition of martial law in Pakistan.

The government under Khan has experienced a roller coaster ride with strict media censorship and crackdown on dissent and the opposition. The people of Pakistan have come out on the streets against the inefficient handling of the economic crisis and the anti employee policies adopted by the government which had come into power with claims to support the daily wage earners.

The action against the movement is already on, with reports of over 400 protesters already detained. This is said to be the beginning of the government’s – and the Army’s, from behind the wings – effort to sabotage the ongoing protests. The detentions of Opposition workers and protesters were made purportedly for violating COVID 19 norms. Among the detainees are district presidents and lawmakers of Opposition parties.

In a similar incident Pakistan Muslim League (PML-N) leader Maryam Nawaz’s husband Mohammad Safdar was arrested from a hotel room in Karachi for staging a protest at Jinnah’s tomb. Safdar, a former Army Captain, is the son-in-law of Nawaz Sharif. The security personnel barged into the hotel room and forcibly took Safdar.

A huge public outrage has been reported after it was alleged by the opposition leaders that Sindh Province’s top Police official, Mushtaq Ahmed Mahar, had been abducted by the paramilitary forces in order to force him to sign the order to arrest Muhammad Safdar. The Government of Sindh has said that it did not order the arrest and that the police had been forced by the army to do so.

After this incident General Bajwa has ordered an inquiry into the allegation, purportedly to determine the facts. He has asked for a report to be submitted to him as soon as possible.