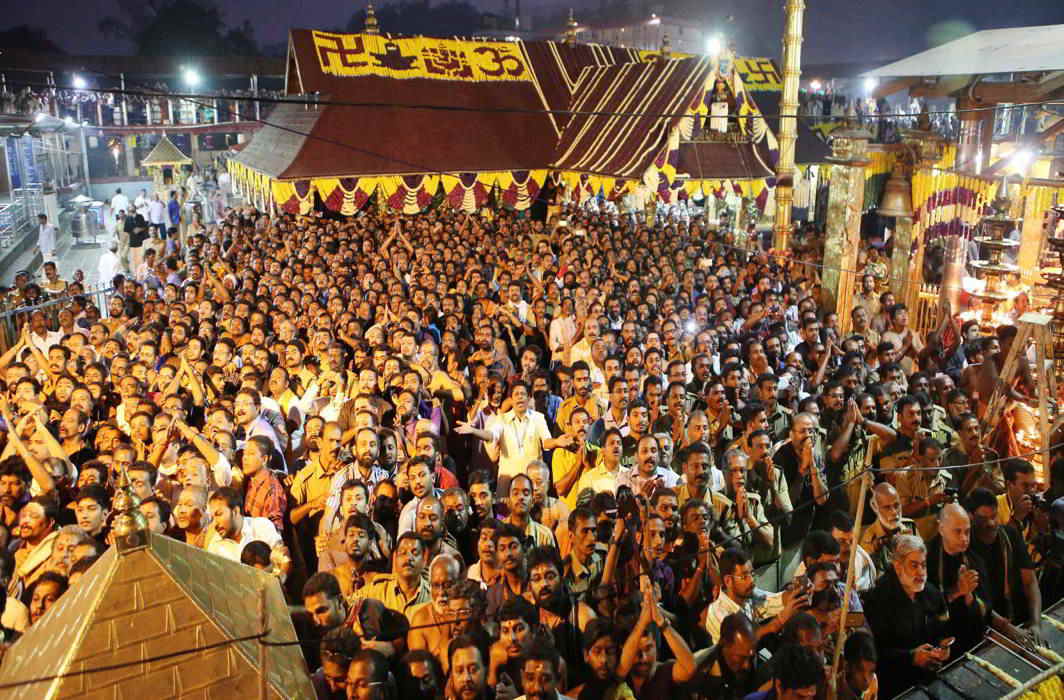 With the sabarimala pilgrimage season getting underway later today and women of menstrual age being allowed to enter as per a supreme court verdict, tensions mounted in the areas around the temple in the central kerala district of Pathanamthitta.

Hundreds of devotees protesting against the verdict had set up a protest tent in Nilakkal, about 20 kms from sabarimala. . They had stopped vehicles and did not allow those with ‘young’ women to pass by. In some cases, women were made to disembark forcefully.

However, the state police force decided to clampdown on devotee protest  movement and removed the protest tent of the Sabarimala Samrakshana Samiti in the wee hours of Wednesday morning. Police dispersed scores of devotees who were actively camping at Nilakkal and blocking women from going further.

For the past 8 days, devotees have been camping at Nilakkal to ensure that no women are allowed to go past the base camp. Nilakkal, which is 20 kilometers from Sabarimala, is the only route to reach Pamba, a reason why protest groups camped here to ensure that women did not enter. The police removed the tent set up by the devotee group under the name of Sabarimala Samrakshana Samiti. Another protest tent set up by the Congress at Nilakkal has been left as it is. At around 3:30 am on Wednesday, there was a clash between the police and devotees groups – who were blocking all vehicles coming through that route.

Earlier on Tuesday, the police arrested 3 protestors who were blocking and checking vehicles going to Pamba.