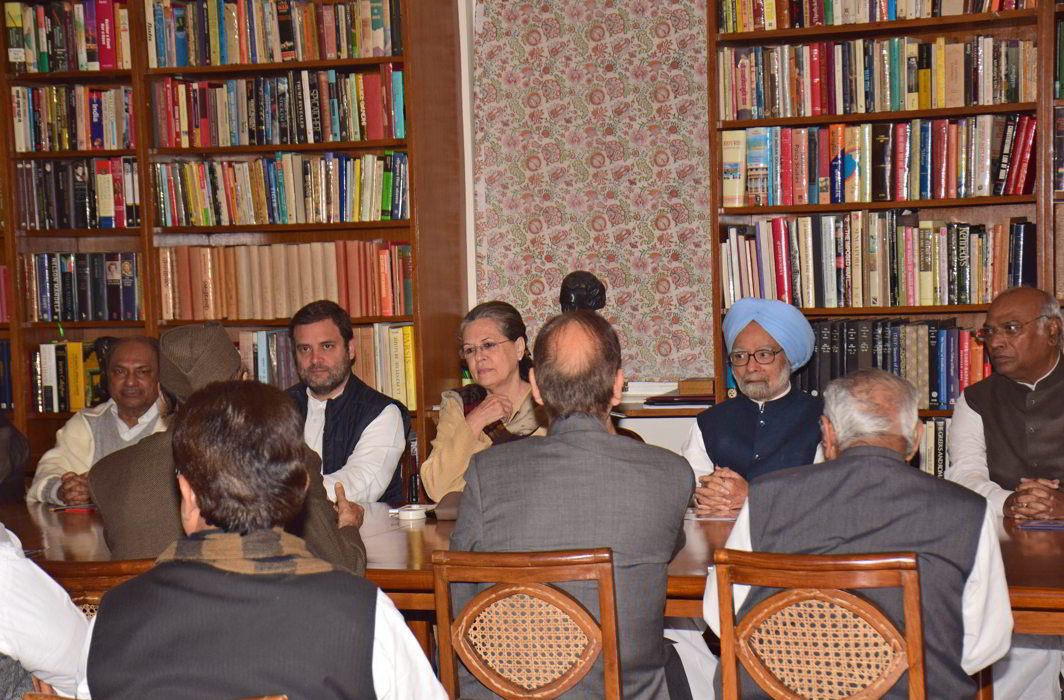 CWC clears election schedule, polling on December 16 but Rahul may be declared chief after scrutiny of nominations on Dec 5 in absence of a challenger

Finally, decks have been cleared for elevating Rahul Gandhi as the Congress president, a position that has been held by his mother Sonia Gandhi for the past 19 years making her the longest serving chief of the Grand Old Party.

On Monday, at a meeting of the extended Congress Working Committee (CWC) – the apex decision making body of the 131-year-old party – the leadership cleared the schedule for the internal elections for the post of Congress president.

While the notification for the election of the Congress president will be issued on December 1, the last date for filing nominations for the polls will be December 4 while scrutiny of the nomination papers and list of “valid candidates” will take place on the very next day.

Sources in the CWC say that since no party leader is expected to challenge Rahul Gandhi for the top post, the Nehru-Gandhi scion could be declared elected on December 5 itself, or latest by December 11, which the CWC has declared as the date for publication of the final list of contesting candidates.

A senior party leader told APNLive.com that while election rules “make it necessary for declaring  date of polling and date of counting, neither of these dates is likely to come into play as we expect Rahul to be elected to the Congress president’s post unanimously… this can be done immediately after the scrutiny of nomination papers”.

Central office bearers of the party, delegates from different states and union territories, state unit chiefs and other senior party leaders are expected to cast their votes in the election. The election for the Congress president has, since 1998, largely been a formality – one that is carried out only to unanimously endorse Sonia Gandhi as the party chief. The last time that the Congress party saw an election for the post of the party president was on November 12, 2000 when party veteran Jitendra Prasada decided to challenge Sonia Gandhi but ended up facing a humiliating defeat.

Rahul’s election too is almost certainly going to be a unanimous one, say party leaders.

However, it is not immediately clear as to what role Sonia Gandhi will be offered within the party once her son takes over the mantle of the Congress president. The Congress constitution has no provision for appointing a person as ‘patron’ or ‘guiding light’ or ‘mentor’ for the party. Senior Congress leaders say that the CWC could, following Rahul’s elevation, meet to amend the party constitution and carve out a designation that “befitting of Sonia Gandhi”.

The elevation of Rahul, likely to be announced before Gujarat goes for its first phase of polling in the high-stakes Assembly polls on December 9, could give the Congress’ effort of wresting the state from the ruling BJP some heft, believe senior party leaders.

“Rahul’s campaign in Gujarat has been received very well by the people and the party has carefully chosen to not declare a chief ministerial candidate in the state; leaving it to Rahul to lead the charge against the BJP. If he is named Congress president before Gujarat votes, his clear and elevated profile within the Congress could help the party secure incremental gains in the state where we have not been able to form a government for the past 22 years,” a senior Congress leader told APNLive.com.