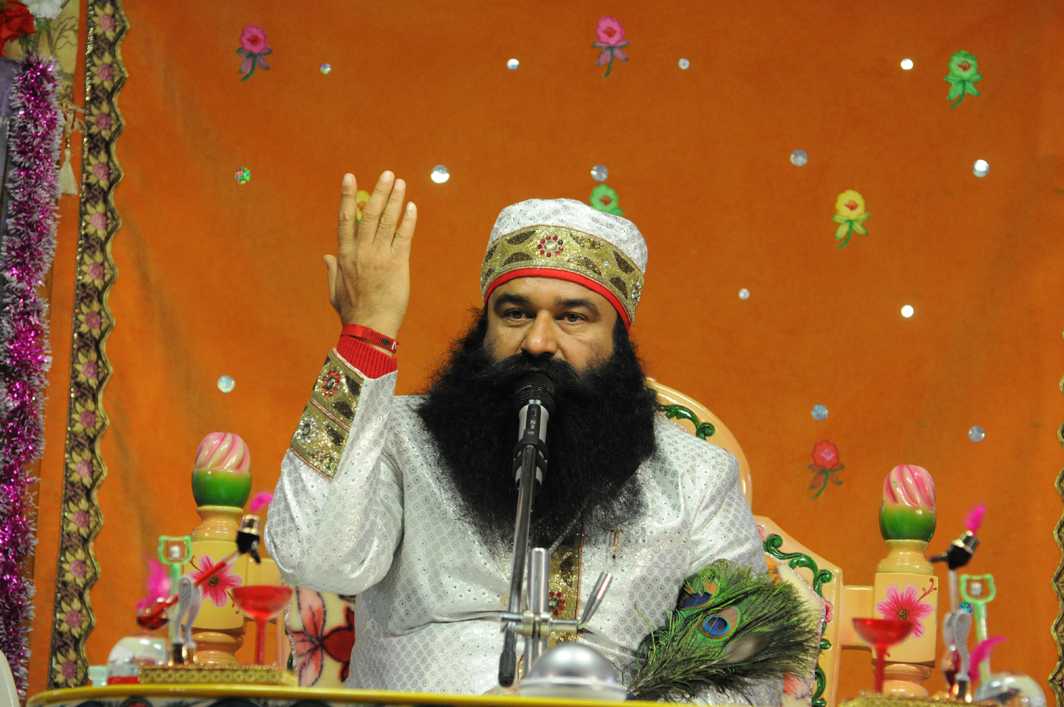 There was a classic twist in the tale of Dera Sachha Sauda chief Gurmeet Ram Rahim Singh’s sentencing in the rape cases in which he was convicted on Friday. The Panchkula CBI court, which held a special sitting in Rohtak’s Sunaria jail, on Monday (August 28), to announce the quantum of punishment for the rapist godman appeared to be a trifle lenient for a better part of the day as news reports flashed that the Dera chief had been given a 10-year term instead of the life sentence that many had been demanding for him.

However, by Monday evening, it emerged that the hypocritical, rapist, self-styled godman was condemned to serve not 10 but a total of 20 years in prison – 10 each for raping the two sevikas at his Dera Sacha Sauda ashram in 2002.

“The judge announced 10 years of imprisonment and Rs 15 lakh fine each in two cases and has ordered Rs 14 lakh each to be paid to both victims,” SK Narwana, Gurmeet Ram Rahim Singh’s lawyer, told news agency ANI. The lawyer clarified that the “total sentence is 20(10 + 10) years”and explained that the Dera chief will have to serve the sentences consecutively and not concurrently, as was being reported till Monday evening. Haryana chief minister Manohar Lal Khattar and CBI spokesperson Abhishek Dayal also confirmed that the rapist godman will serve a total of 20 years in jail.

The rock star Baba, full of brawn, cheap talk and muscle, with strings to pull at top political levels and loads of cash to throw around, showed his true bully self in court, breaking down and groveling at the feet of justice, begging for leniency as CBI’s brave judge Jagdeep Singh delivered his verdict.

The Baba’s lawyer had also prayed for leniency, citing that Ram Rahim was a social worker who has done a lot of good for people and also because he was a public figure. The judge, understandably, was not moved.

Sentencing was done at a court specially set up for the purpose inside the district jail premises in Sunaria near Rohtak, 70 km from Delhi. IG (Rohtak Range) Navdeep Singh Virk has been quoted in the media as saying: “A special courtroom has been set up on the instructions of the high court within the jail.” The judge reached the court by a special helicopter.

All these arrangements were made in the backdrop of the terror that the Baba’s followers had unleashed in three states, including Delhi, on Friday in which 38 people died, about 250 were injured and property worth several crores were destroyed.

Some trouble did happen before the verdict, with two cars torched in Sirsa, but overall, with the extraordinary security arrangements and shoot-at-sight orders for troublemakers, further damage did not take place. The Army has carried out a flag march in Sirsa, while the police did a flag march in the Yamunanagar district on Haryana.

The Dera’s current chairperson Vipassana Insan has said: “I appeal to Dera followers to peacefully abide by the judgment today.”

No civilians were allowed within 10 km of the prison.

Gurmeet, who fell to the floor and had to be dragged out of the courtroom after sentencing, has said that he will appeal his sentence to the High Court. Following medical examination Gurmeet was given a jail uniform and allotted a cell.

Meanwhile, Anshul Chhatrapati, son of Ram Chander Chhatrapati, editor of the daily Poora Sach who was shot dead because he had exposed the Baba in his paper 15 years ago, said: “I welcome the verdict against Ram Rahim.”