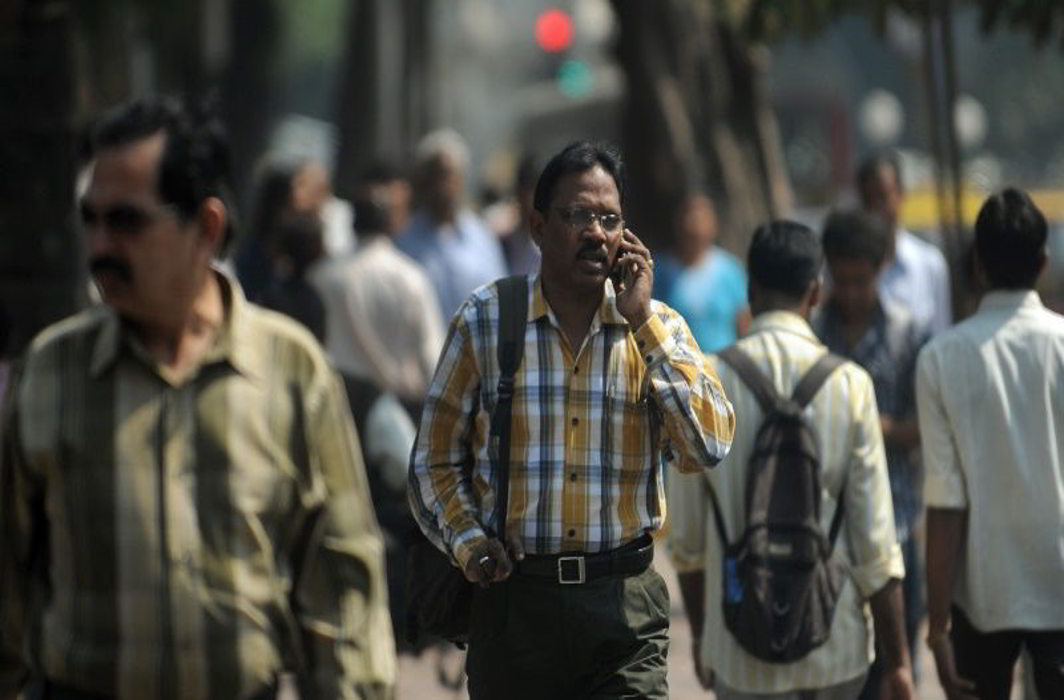 Using abusive language over phone in a public place could be a crime, top court agrees with high court view

In a society increasingly bereft of civic sense and gentlemanly and ladylike qualities, nobody in India cares to take offence at uncouth behavior in public. Speaking loudly over the phone, even being foul-mouthed, is rarely objected to. But if you do, and in the right manner, you might be in for a surprise; there still exists civility under the coarse veneer.

Such an incident has happened in the recent past, and the Supreme Court has felt it to be serious enough to hear a petition regarding that.

The question was: Can using expletives during a loud, private conversation over the phone amount to a crime? Well, it can definitely be termed criminal if you disrupt the comfort of people near you. The Supreme Court bench of Justices J Chelameswar and S Abdul Nazeer on Friday (November 17) was hearing a petition by a man who wanted charges against him quashed.

The charge against him was of creating uneasiness to others while speaking over the phone. Among the charges levelled in the FIR is S 504 of the IPC, which talks about: “504. Intentional insult with intent to provoke breach of the peace.—Whoever intentionally insults, and thereby gives provocation to any person, intending or knowing it to be likely that such provocation will cause him to break the public peace, or to commit any other offence, shall be punished with imprisonment of either description for a term which may extend to two years, or with fine, or with both.”

Actually, the petitioner, Suresh Pathak, was speaking over the phone loudly in a public place, while using abusive language in addressing the person at the other end. This made another person, standing nearby, feel so uneasy that he complained to the police who helped him file an FIR against Pathak.

Pathak did not think he was doing anything wrong, so he moved court seeking a quashing of the charges. His argument was that since it was a private talk over the phone, it cannot amount to crime.

His earlier petition with the Allahabad High Court was dismissed (see high court order below) on August 17 (see SC order below). He was allowed to filed Pathak moved the Supreme Court. However, on Friday, the petition was dismissed by the Supreme Court, saying that talking over the phone in abusive language in a high pitch “certainly” amounts to crime and the high court did the right thing by dismissing the petitioner’s plea.

India and Indians have been accused of lacking civic sense—talking over the phone loudly, spitting in public places and defacing public property. The other “special” things India is known for is its “Indian Time” where those “five minutes” can extend to eternity and the restlessness of Indians while standing in a queue. All this adds up to the pathetic public behaviour of Indians.

In his book, “Games Indians Play: Why We Are the Way We Are”, V Raghunathan explains that Indians are just smart like anybody else but they are dumb publicly. Indian understanding of cooperation is rather very low and their outlook fatalistic. He refers to the excuses that Indians use, to make up for their uncivilized behaviour. The most commonly used phrases being “What can I do alone?” and “Everybody is looking out for himself, so why shouldn’t I?”

India’s civic sense seems to have further deteriorated with incidents such as attacking foreign couples and tourists. It was not as if the attacks were a result of instigation by those tourists but because it was the “curiosity” of Indians or rather their inability to understand the term “privacy”. Indians have a shockingly poor understanding of privacy and keep encroaching other’s personal space, for example, couples who they see together in public. One of the excuses to cover up is to call this term moral policing, even when the courts do not criminalise public display of affection.

To talk over the phone loudly and to deface walls with ugly graffiti is one of the favourite pastimes of the country.

Therefore it probably came naturally to the petitioner that he can get away with his abusive language over the phone because he has been used to such behaviour. However, the apex court’s stand is likely to at least bring in some change in the public behaviour of Indians or at least that one particular Indian. 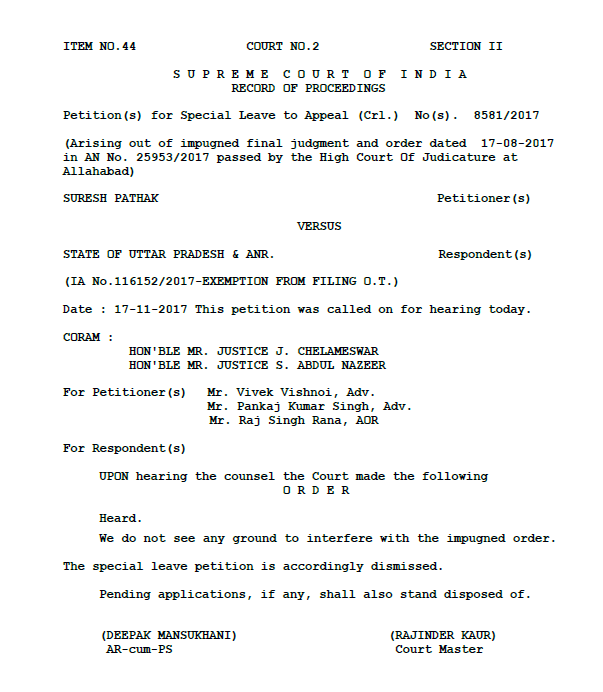 (Emphasis provided by us)

All the contentions raised by the applicants’ counsel relate to disputed questions of fact. The court has also been called upon to adjudge the testimonial worth of prosecution evidence and evaluate the same on the basis of various intricacies of factual details which have been touched upon by the learned counsel. The veracity and credibility of material furnished on behalf of the prosecution has been questioned and false implication has been pleaded.

The law regarding sufficiency of material which may justify the summoning of accused and also the court’s decision to proceed against him in a given case is well settled. The court has to eschew itself from embarking upon a roving enquiry into the last details of the case. It is also not advisable to adjudge whether the case shall ultimately end in conviction or not. Only a prima facie satisfaction of the court about the existence of sufficient ground to proceed in the matter is required. Through a catena of decisions given by Hon’ble Apex Court this legal aspect has been expatiated upon at length and the law that has evolved over a period of several decades is too well settled. The cases of (1) Chandra Deo Singh Vs. Prokash Chandra Bose AIR 1963 SC 1430 , (2) Vadilal Panchal Vs. Dattatraya Dulaji Ghadigaonker AIR 1960 SC 1113 and (3) Smt. Nagawwa Vs. Veeranna Shivalingappa Konjalgi 1976 3 SCC 736 may be usefully referred to in this regard.

The Apex Court decisions given in the case of R.P. Kapur Vs. State of Punjab AIR 1960 SC 866 and in the case of State of Haryana Vs. Bhajan Lal 1992 SCC(Cr.) 426 have also recognized certain categories by way of illustration which may justify the quashing of a complaint or charge sheet. Some of them are akin to the illustrative examples given in the above referred case of Smt. Nagawwa Vs. Veeranna Shivalingappa Konjalgi 1976 3 SCC 736. The cases where the allegations made against the accused or the evidence collected by the Investigating Officer do not constitute any offence or where the allegations are absurd or extremely improbable impossible to believe or where prosecution is legally barred or where criminal proceeding is malicious and malafide instituted with ulterior motive of grudge and vengeance alone may be the fit cases for the High Court in which the criminal proceedings may be quashed. Hon’ble Apex Court in Bhajan Lal’s case has recognized certain categories in which Section-482 of Cr.P.C. or Article-226 of the Constitution may be successfully invoked.

Illumined by the case law referred to herein above, this Court has adverted to the entire record of the case.

The submissions made by the applicants’ learned counsel call for adjudication on pure questions of fact which may be adequately adjudicated upon only by the trial court and while doing so even the submissions made on points of law can also be more appropriately gone into by the trial court in this case. This Court does not deem it proper, and therefore cannot be persuaded to have a pre-trial before the actual trial begins. A threadbare discussion of various facts and circumstances, as they emerge from the allegations made against the accused, is being purposely avoided by the Court for the reason, lest the same might cause any prejudice to either side during trial. But it shall suffice to observe that the perusal of the F.I.R. and the material collected by the Investigating Officer on the basis of which the charge sheet has been submitted makes out a prima facie case against the accused at this stage and there appear to be sufficient ground for proceeding against the accused. I do not find any justification to quash the charge sheet or the proceedings against the applicants arising out of them as the case does not fall in any of the categories recognized by the Apex Court which may justify their quashing.

The prayer for quashing the same is refused as I do not see any abuse of the court’s process either.

It may also be observed that this application can also not be allowed in view of Section-14A(1) of the Scheduled Castes and the Scheduled Tribes (Prevention of Atrocities) Act, 1989 which has been introduced by Act No.1 of 2016 w.e.f. 1st January, 2016.

However, it is observed that if the bail has not been obtained as yet, the accused may appear before the court below and apply for bail within two months from today. The court below shall make an endeavour to decide the bail application, keeping in view the observations made by the Court in the Full Bench decision of Amrawati and another Vs. State of U.P. 2004 (57) ALR 290 and also in view of the decision given by the Hon’ble Supreme Court in the case of Lal Kamlendra Pratap Singh Vs. State of U.P. 2009 (3) ADJ 322 (SC).
In the aforesaid period or till the date of appearance of the accused in the court below, whichever is earlier, no coercive measures shall be taken or given effect to.

It is clarified that this order has been passed only with regard to the accused on behalf of whom this application u/s 482 Cr.P.C. has been moved in this Court.

With the aforesaid observations this application is finally disposed off.
Order Date :- 17.8.2017
M. Kumar 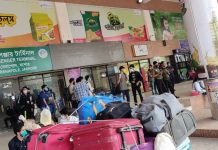