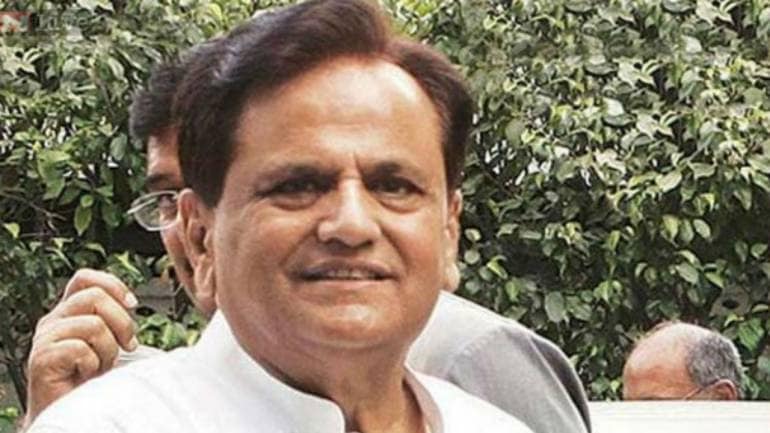 New Delhi (ILNS): Senior Congress leader Ahmed Patel passed away this morning due to multiple organ failures, after having tested positive for Novel Coronavirus last month. He was 71. His son Faisal Patel announced his father’s demise on Twitter. He tweeted: “I regret to announce the sad and untimely demise of my father, Mr. Ahmed Patel at 25/11/2020, 3:30 AM. After testing positive for Covid-19 around a month back, his health worsened further due to multiple organ failures.”

He is survived by his wife Mamoona, son Faisal and daughter Mumtaz.

Ahmed Patel was one of the tallest leaders of the Congress party and an eight-time parliamentarian from Gujarat. With this demise the Congress party has lost two prominent leaders due Covid-related complications within a week. Former Assam Chief Minister Tarun Gogoi died at the age of 86 earlier this week.

Patel is believed to be the only non-Gandhi leader who ruled the party without ever being in power or having held a ministerial position. Patel possessed great political acumen and was a deal maker and was astute in breaking and forming new alliances for the benefit of his party.

The party veteran had very well handled the internal turf wars for the Gandhi family, such as the recent one in Rajasthan and the case of the fallout of a letter written by over 20 leaders demanding systematic overhaul in the party leadership.

He had served as parliamentary secretary to former Prime Minister Rajiv Gandhi and political secretary to Congress interim president Sonia Gandhi. He shared cordial relations with several leaders from across the aisle in the NDA. Patel was also of the youngest Lok Sabha member in 1977 at the age of 26, with the encouragement of the then Prime Minister Indira Gandhi.

Soon after his demise, messages of condolences and tributes poured in from across the political spectrum. Congress chief Sonia Gandhi said: “I have lost a colleague whose entire life was dedicated to the Congress party.”

Prime Minister Narendra Modi tweeted: “Saddened by the demise of Ahmed Patel Ji. He spent years in public life, serving society. Known for his sharp mind, his role in strengthening the Congress Party would always be remembered. Spoke to his son Faisal and expressed condolences. May Ahmed Bhai’s soul rest in peace.”

Congress leader Rahul Gandhi said in his tweet: “He lived and breathed Congress and stood with the party through its most difficult times. He was a tremendous asset. We will miss him. My love and condolences to Faisal, Mumtaz & the family.”

Congress leader and Senior Counsel Kapil Sibal tweeted: “He was a kind, generous & thoughtful man. He kept the Congress Party together when in difficult times. He never demanded a post or a ministry. The commitment he had towards the party cannot be seen in anyone else.”

Sharad Pawar said: “Deeply saddened to know about the demise of veteran Congress leader Shri Ahmed Patel. His contribution to @INCIndia will always be remembered. My sincere condolences to members of his family.”

President Ram Nath Kovind said: “Distressed to know that veteran Congress leader Ahmed Patel is no more. An astute Parliamentarian, Shri Patel combined the skills of a strategist and the charm of a mass leader. His amiability won him friends across party lines. My condolences to his family and friends.”

Similarly, leaders cutting across political lines have mourned the sudden demise of the Congress leader.