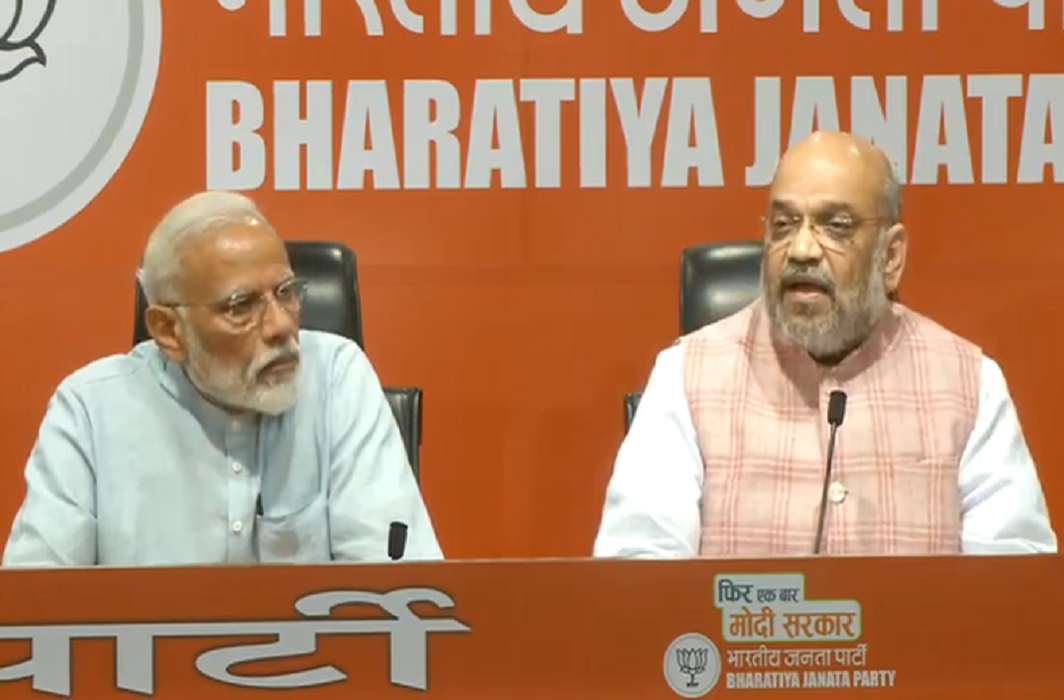 After keeping the press at bay for the five years of his tenure, Prime Minister Narendra Modi on Friday addressed his first press conference in the capital, just six days before the term of his government comes to an end.

Officially, the presser at the BJP headquarters was addressed by the party chief Amit Shah on what was the last day for campaigning for the seventh and final phase of the polling for the Lok sabha elections, but the prime minister “dropped by” and then made it clear he was not going to take questions. But before that, with Modi by his side, Shah repeated what he had been saying these past few days—that the BJP would form another Narendra Modi government with an overwhelming majority. “When we got a historic mandate in 2014, we undertook what we called the ‘Narendra Modi Experiment. In 2014 there was an atmosphere where there was a question over our multi-party system. Now, there is more faith than ever in our multi-party democracy,” Shah said.

Modi who used to virtually be a resident of the BJP headquarters before he moved to Gujarat to take over as  CM in 2001 was making one of his rare visits to the place. Ironically, the prime minister, who used to derisively call his predecessor Manmohan Singh and “Maunmohan Singh has kept the press at arm’s length but also did away with the age old practice of carrying the media with him on his foreign trips — something that every prime minister has done. It was a tradition that enabled journalists to mix with top officials and also report back to their readers and viewers back home about how the PM was faring his over oversees tours.

On the other hand, Modi wears his contempt for the media on his sleeve and barring a couple of TV channels and newspapers, he never spoke to any journalists during entire terms as PM. But in the last two months, with the campaign getting into top gear, he has been liberally giving interviews, particularly to the TV channels.