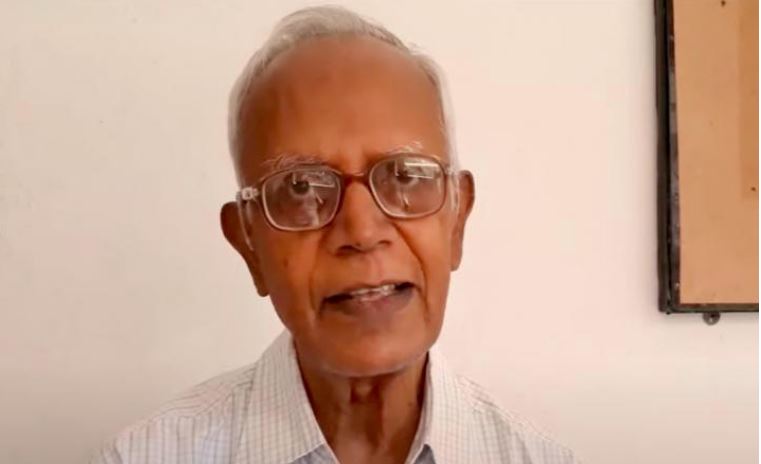 A special court in Mumbai on Monday rejected the bail plea filed by tribal rights activist Father Stan Swamy arrested by the National Investigation Agency in the Bhima Koregaon-Elgar Parishad case. Additional Sessions Judge D.E. Kothlikar dismissed the bail plea which had been pending since November 2020. Swamy had filed the bail pleas on merits and health grounds, he’s a Parkinson’s patient.

Stan Swamy, a Jesuit priest and activist was arrested from Ranchi in October 8, 2020 and charged with Unlawful Activities (Prevention) Act and has since been lodged at Taloja Central Jail in Navi Mumbai. Father Swamy, through his lawyer Sharif Sheikh, filed a bail plea on ground of medical and nature of his work. Shaikh had argued that the NIA had failed to establish Swamy’s connection to the Elgar Parishad-Maoists links case.

The NIA had opposed Swamy’s bail plea saying the probe had revealed that Stan Swamy was a staunch supporter of organisations such as Vistapan Virodhi Jan Vikas Andolan and People’s Union for Civil Liberties, which were working as fronts of the CPI (Maoist).

Special Public Prosecutor Prakash Shetty appearing for NIA opposed the bail application, vehemently arguing that Swamy was involved in the activities being carried out by the CPI (Maoist). The NIA said the bail application was not maintainable and there was sufficient material to establish a prima facie case against the priest. The NIA denied that proper procedures were not followed while conducting searches at his house.

Nothing was found after two raids were subsequently conducted at Swamy’s residence. In fact, the Pune Police had also stated on record in a plea filed by Swamy in Bombay High Court that the “they had no intention of arresting him, as he was not an accused.”

As per his lawyers, Stan Swamy is suffering from Parkinson’s disease and he has lost the ability to hear from both his ears. He also suffers from several other ailments.