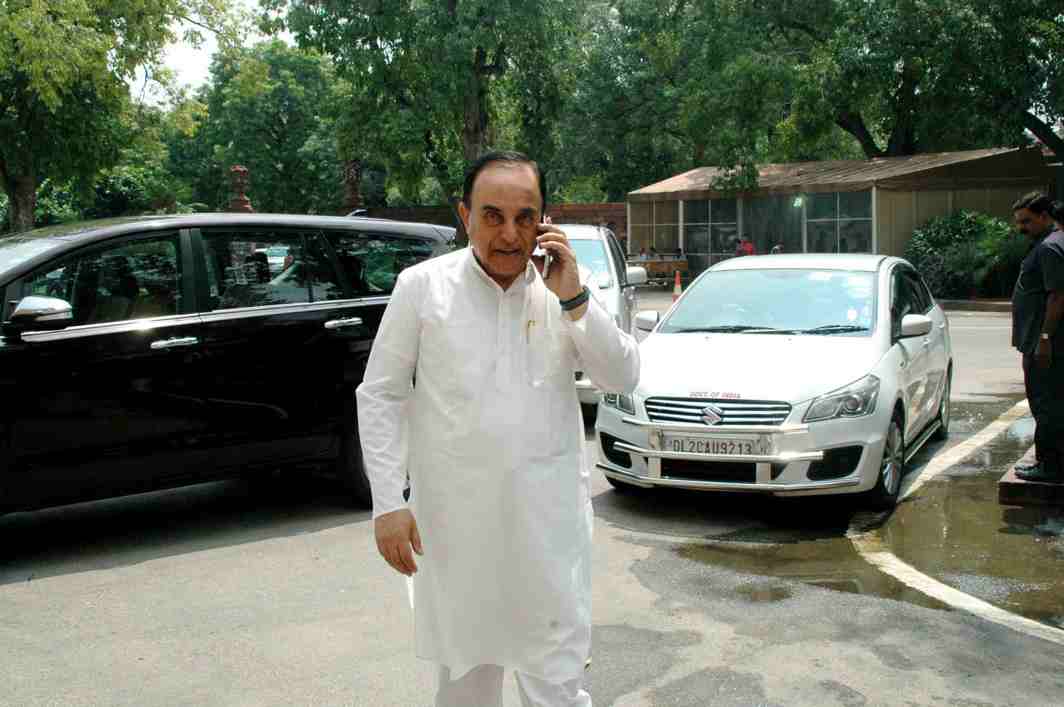 BJP leader Subramanian Swamy’s petition for a time-bound court-monitored multi-disciplinary probe into the death of Sunanda Pushkar, the wife of Congress leader Shashi Tharoor, has come up before the Delhi High Court bench of Justices G S Sistani and Chander Shekhar. This is a PIL.

In the last hearing, the court gave Delhi Police three more days to submit the status report. Meanwhile, Swamy filed a fresh application, seeking a copy of the charge-sheet within 45 days.

On Tuesday (August 1), the counsel for Delhi Police said, “We followed the procedure in which the investigation is being carried out.” They also informed that they have filed a status report.

The counsel said it has been filed and that he has seen it and the investigation has been conducted.

The bench asked the Delhi Police counsel: “Are you satisfied with the status report?”

The counsel said: “Yes we are and when the investigating officer started the investigation we found that the cause of death was poison. We have taken the statement of 75 witnesses. The polygraph test was conducted. We went to the US for the clarification on the opinion on the death.”

The bench asked: “We are in the middle of 2017. Why did it take two years plus to conduct the investigation? We want the specific timelines in which you have done your work. You say it is homicidal and we are concerned about how it was done.”

The counsel for Swamy said: “First of all they should clarify the citizenship of the son Shiv Menon. Can he file an application, as he is a citizen of Canada and in Dubai he was in jail. The issue is there are letters which I will file later and his main concern is property in Canada.

“That is the reason why he never came before this court. The material fact is the interest of Shiv Menon in property but not in the investigation,” said the counsel.

“Since he is not a citizen how can he file the petition?” he asked. The bench said this was a miscellaneous petition.

The bench ordered that since Menon wants to examine the status report “we want him and the petitioner should exchange the copies of their applications. It is noted that the final report has not been filed in three and a half years.