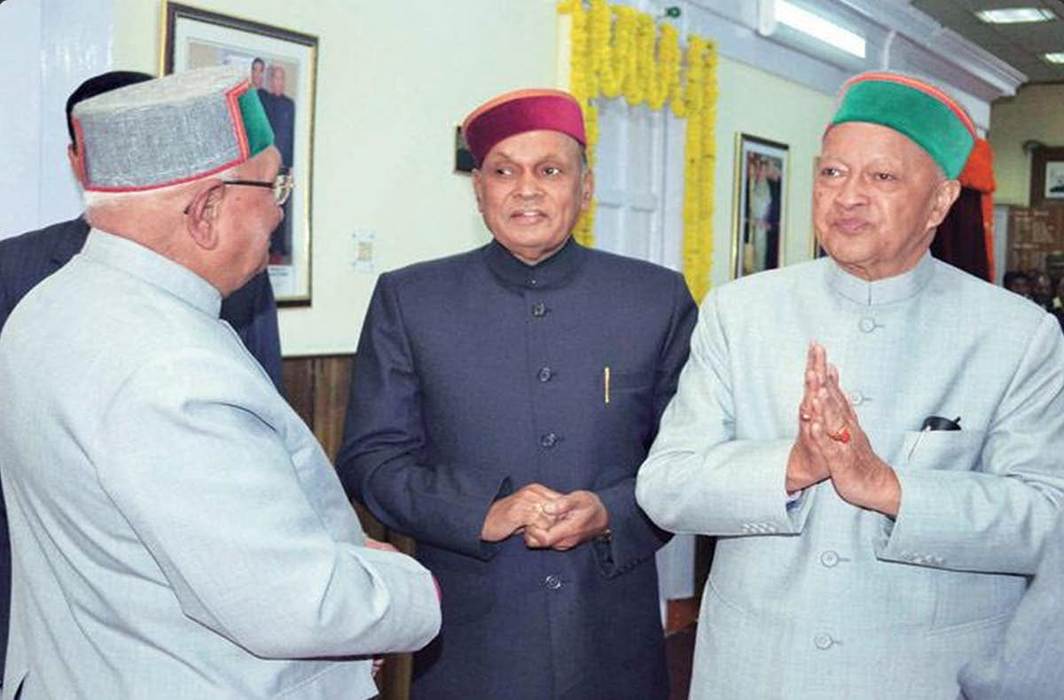 Over 70 per cent voter turnout was reported from Himachal Pradesh by 5 pm on Thursday evening. The state’s electorate cast its vote for the 68-member Himachal Assembly to decide whether six-time chief minister Virbhadra Singh gets a record seventh term or the BJP’s Prem Kumar Dhumal succeeds in fulfilling Prime Minister Narendra Modi’s dream of “wiping out” the Congress from the hill state.

74% voting recorded till now in #HimachalPradesh, likely to go up: Election Commission of India pic.twitter.com/SxUCu0R245

The results for the Himachal Pradesh assembly election will be declared on December 18 along with those for the polls in Gujarat which will witness voting in two phases – on December 9 and 14.

The result for Himachal will determine whether voters reposed their faith in six-time chief minister Virbhadra Singh and the Congress or bought into claims of anti-incumbency, allegations of corruption against the chief minister and the promise of ‘vikas’ made by the BJP. On Thursday, both Virbhadra and the BJP’s chief ministerial candidate, Prem Kumar Dhumal expressed confidence of leading their respective parties to a landslide victory in the hill state.

#HimachalPradeshElections Virbhadra Singh and his son Vikramaditya cast their votes at a polling booth in Shimla. Virbhadra Singh says the Congress party will be victorious with full majority pic.twitter.com/CKm4rxorbo

The election campaign in Himachal, as is the case with most polls in India, witnessed a shrill exchange of allegations between the two key political players of the state – the Congress and the BJP.

The BJP chose to focus its campaign around allegations made against Virbhadra Singh and his family – the incumbent chief minister is facing trial in a corruption case – and the saffron party’s oft-made promises of ushering in unprecedented development if voted to power.

The Congress, on the other hand, decided to contest the elections under the leadership of Virbhadra Singh, despite the strident accusations being hurled against him by the BJP.

In the last assembly election, the Congress under Virbhadra Singh had secured 36 seats in the 68-member Himachal Assembly while the BJP was reduced to just 26 seats, the remaining seats being won by independents. However, this time round poll surveys and the BJP have predicted a saffron wave in Himachal Pradesh, one of the few states left under Congress rule.