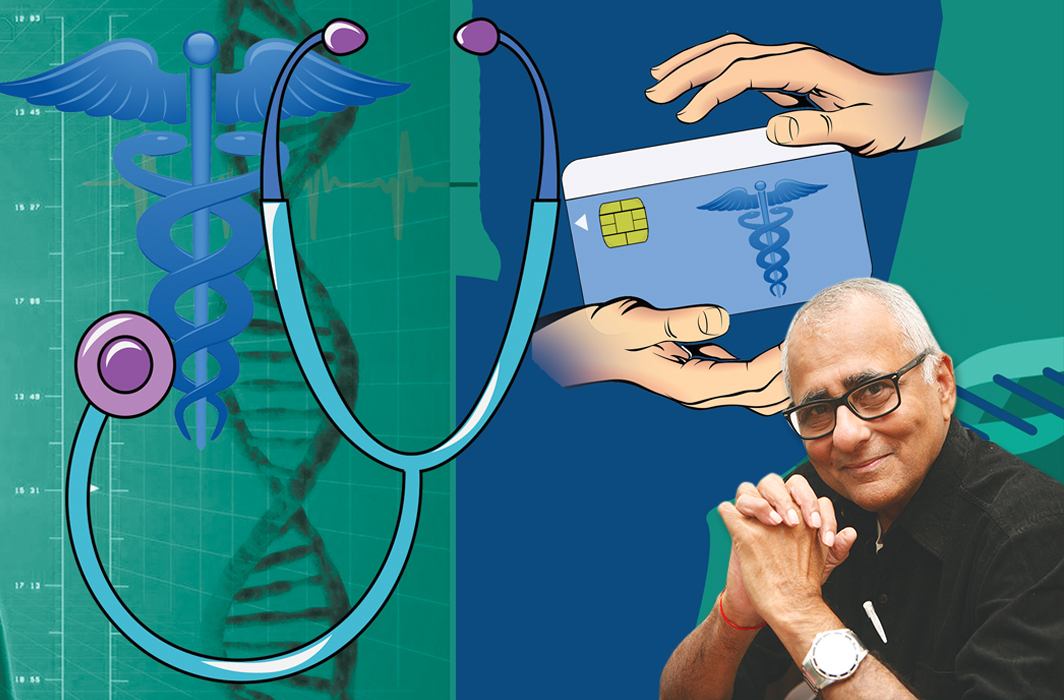 The Indian public has become so indifferent to grandiose plans and schemes announced by politicians of all parties—mostly because the more hyped an initiative, the more likely it is to fail—that it often throws out the baby with the bathwater.

One such example is the way in which a cynical media and an even more sceptical public have paid little or no attention to a scheme mooted by Prime Minister Narendra Modi—the National Digital Health Mission (NDHM). This Mission was announced as part of the Ayushman Bharat Pradhan Mantri Jan Arogya Yojana.

It is an ambitious scheme. But it is a method and design that deserves the attention as well as close scrutiny of the nation’s policy implementers and all NGOs involved in the health delivery system. It is for this reason that we are running Dr KK Aggarwal’s highly informative piece as our cover story (India Legal August 31, 2020, issue) in this issue. Apart from this being a medico-legal subject, it is also of great consumer interest especially as the nation weathers the Covid hurricane and patients pile up in front of hospital admission counters.

As Dr Aggarwal recalls, during his internship at the Mahatma Gandhi Institute of Medical Sciences, Sevagram, in 1979, an unconscious person came to the hospital. The attending doctors and staff tried to find out his medical history, the medicines he was taking, etc., but in vain as he had no medical records with him.

“Once he recovered,” says Aggarwal, “we found that he was a well-known industrialist and was on his way back to Hyderabad. We see such cases every day—diabetics coming with hypoglycaemic coma, victims of road accidents with head injuries, poisoning, those with suicidal tendencies and sudden unexplained deaths.”

In the time of this raging pandemic, even when people are mostly working from home, patients visiting tertiary hospitals are asked to produce all their medical prescriptions and past records. Patients are often unable to preserve their medical records.

NDHM could provide a workable solution to this problem. Under the plan, all Indians would get a health ID that will ease access to medical services. The unique medical identity, provided under the scheme to every patient, says Aggarwal, is expected to improve efficiency and cut down hospital paperwork for new patients. The ID will show up their previous medical history, prescriptions, diagnostic reports, allergic history and summaries of previous discharge from hospitals and the treatment they were provided at district and block level healthcare centres. The Mission is expected to bring efficiency and transparency in healthcare services in the country. This digital database will be linked to the registry of doctors and health facilities across the country.

Like with any universal identifier system, there are privacy and confidentiality concerns about sensitive health information, especially of politicians and industrialists. Also, will the government control this information? How successful will this scheme be considering the lack of cooperation between the government and private sector and the inequalities of the digital divide between the rich and the poor?

Also, as Aggarwal notes, medical colleges may not like to share their methods of treatment. AIIMS, the premier hospital in the country, for example, does not like to share documents with patients or other doctors, especially the private doctor. They keep the records with themselves and give the patient only the treatment sheet. Transparency of treatment and possible mistakes by doctors will get exposed. Could this lead to medical suits?

Says he: “Like any scheme, this ID too is prone to many ifs and buts, but when it comes to health, the overall picture should be seen” in the context of the risk-benefit ratio in which many of the benefits outweigh the risks, as spelled out in considerable detail in this very readable cover story.

Did you find apk for android? You can find new Free Android Games and apps.
Share
Facebook
Twitter
Pinterest
WhatsApp
Previous articleKerala HC rejects plea for guidelines to regulate print and electronic media
Next articleMadras HC asks Centre to explain: Why no law yet to stop people with criminal background from contesting elections?