Despite all-round clamour from young and old to sign up for the study of astrology, not many universities or colleges offer the course. If a recent Hyderabad-datelined report in a newspaper is to be believed, the craze for astrology courses has increased tremendously over the last few years, with “students” cutting across all age groups—as young as 20 and as old as 75 years. The aspiring astrologers are all from different walks of life—government officers, businessmen, judges, bank managers, defence officials, doctors, engineers, architects, IT professionals, railway employees, priests and college students.

With so many people making a beeline to learn the subject, one would think more and more universities and colleges would be adopting the course. That, however, is far from the truth. None of the top-ranking universities—Delhi, Calcutta, Madras or Jawaharlal Nehru University—offer courses in astrology. Banaras Hindu University remains the only premier university which offers astrology as a subject in its affiliated colleges.

Astrology as a subject in colleges was introduced by the University Grants Commission in 2000 during the tenure of the first NDA government when Murli Manohar Joshi was the Union HRD minister. Before that, some Sanskrit colleges and institutes had astrology in their curriculum, but there were no dedicated degree or post-graduate courses on the subject. The decision of the HRD minister was met with stiff resistance from rationalists, organisations, scientists and left-oriented politicians.

Two cases were filed in the Madras and Andhra Pradesh High Courts challenging the HRD ministry’s move. Both were dismissed. The petitioners from Andhra Pradesh then filed an appeal in the Supreme Court, which too threw out the case, saying: “Astrology… requires study of celestial bodies, of their positions, magnitudes, motions and distances, etc. Astronomy is a pure science. It was studied as a subject in ancient India and India has produced great astronomers long before anyone in the Western world studied it as a subject. Since astrology is partly based upon movement of the sun, earth, planets and other celestial bodies, it is a study of science at least to some extent. The precise question as to whether Jyotir Vigyan should be included as a course of study having been considered and examined by an expert body of the UGC and they having recommended for including the said course for study and award of deg­rees in universities, it will not be proper for this court to interfere with the aforesaid decision specially when no violation of any statutory provisions is demonstrated.”

The Bench rejected the contention of the counsel for the petitioners that the introduction of Jyotir Vigyan in the curricula militates against the concept of secularism inherent in the structure of the Constitution. The judges cited a case in 1971 that challenged certain provisions of the Guru Nanak University Act which provided for the study of the teachings and life of Guru Nanak. The petition was struck down on the grounds that this could not be construed as amounting to religious instruction.

KN Rao, one of India’s foremost astrologers, appeared as a private petitioner for this case in the Supreme Court to defend the cause of astrology. Rao was ailing and barely able to walk at the time the HRD decision was challenged in the courts. The court battle also saw scientists, self-styled intellectuals and significant sections of the media, both print and electronic, carrying on relentless propaganda against astrology’s adoption as a subject in universities. Though recovering, Rao was far from fit to sit for long hours in a court of law and therefore, appealed to astrologers in Delhi and around the country to appear in person in the apex court and defend the cause of astrology.

According to the website journalofastrology.com, more than 20 astrologers from far and wide promised to appear in person to fight the case, but none came to even watch the proceedings when the matter came up for admission. Later, when it was heard on November 4, 2004, Rao found to his consternation that he was the only petitioner in person to defend it. Virtually on a wing and a prayer, he bravely went ahead and not only defended the case, but even won it, demolishing all the arguments of famous lawyer and former Union Law Minister Shanti Bhushan.

Rao, who retired from the Indian Audit and Accounts Service as its director-general in 1990, is well-known all over the world for some notable achievements, the foremost being the founder member of the world’s largest school of astrology in Bharatiya Vidya Bhavan, New Delhi. Here, there are more than 1,000 students and several teachers on the faculty of the Institute of Astrology.

Not only is Rao a highly successful teacher, but a rational and scientific astrologer who wants sanity and modernisation in a science which otherwise will remain archaic. Most of the members of the teaching faculty of Bharatiya Vidya Bhavan are his former students. Many have gone on to write books with original research. Rao has encouraged and produced more writers and researchers than any living or dead astrologer. During the 1990s, Rao visited the US several times on lecture tours. In 1993, he was the chief guest at the Second American Council on Vedic Astrology.

His interactions with foreigners have been on both professional and astrological levels for more than two decades. He did all his fundamental research in astrology during his service career because of which he has collected horoscopes systematically in thousands. He has more than 50,000 horoscopes with 10 important events of each individual noted. It is perhaps the largest individual collection of horoscope data any astrologer has.

He also edits the Journal of Astrology which is the top astrological quarterly carrying the best research in the world. To give to jyotisha through rediscovery and research, Rao has written nearly 30 books, some of which have been translated into Russian and Japanese. He has taught astrology to thousands of students in India, the US and Russia since the founding of Bharatiya Vidya Bhavan. 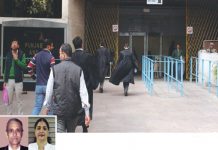