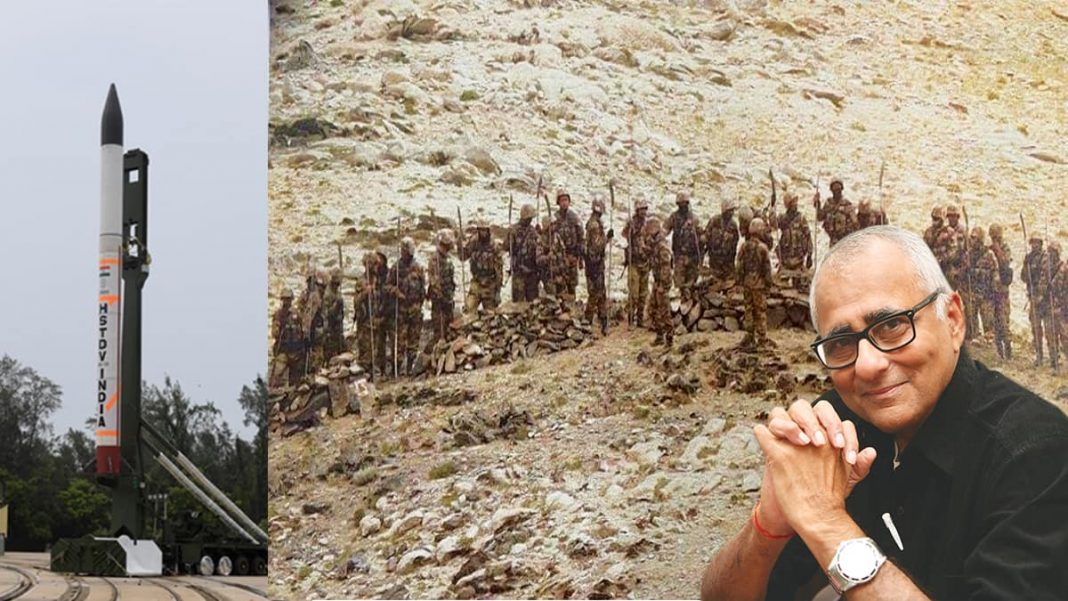 There can be no gainsaying, contrary to the mounting political attacks on the Modi government’s posture in eastern Ladakh in the face-off against China, that India is in no mood to back off. This is perhaps be­cause India is far more alert and militarily capable of standing up to the dragon than it was during the debacle of 1962.

You don’t have to listen to official statements from South Block mandarins making this claim. Pay heed, instead, to the tell-tale statements from Beijing’s propaganda outlets like the Global Times. You don’t need to be a tea-leaves reader to digest that the Chinese are taking India more seriously than ever and are perhaps even surprised by India’s determination.

That Beijing is not in the least amused is reflected in some of these statements from the country’s Communist leadership:

When the Indian government insisted on a return to status quo as of April 2020, Global Times thundered:

The Indian government’s response was anodyne but carefully aimed:

“The Indian Army is committed to maintaining peace and tranquility, however (it) is also determined to protect national integrity and sovereignty at all costs. The statement by the Western Theatre Command (of China) is an attempt to mislead their domestic and international audience.”

Perhaps China’s ire was fuelled partly by India test-firing its first hypersonic missile demonstrator during that period. Forbes called it “a cutting-edge hypersonic missile (that could) massively increase the potency of Indian Navy warships in a future conflict”.

China has also taken note of India’s assertion that it would use its recently acquired Rafale fighter jets in the Ladakh sector if defence needs so dictate.

But any euphoria over India strengthening its defence abilities must be tempered by reality. Testing missiles and acquiring 36 Rafales may be morale boosters and deterrents, but they do not confer defence superiority or cause for complacency.

Defence and strategic policy analysts Angad Singh and Harsh V Pant of the Observer Research Foundation are quoted in several journals as saying that the deal for the (final) 36 French fighters won’t change the “hard reality that, as airpower, India is falling far behind…”

While acknowledging that Rafale indeed provides the Indian Air Force with a complete combat capability that requires very little further tinkering, they go on to say that the limited number of the order is “a bow to fiscal realities”.

However, Chinese capabilities are hampered due to the lack of airbases close to the border with India. On the other hand, Pakistan also suffers a few operating restrictions relating to bases and aircraft performance. “Taken together, as all worst-case Indian military planning scenarios do, the Pakistani and Chinese air forces far outnumber India’s and will continue to do so for the foreseeable future,” say the authors.

Pakistan and China have more aerial refuelling tankers and airborne early-warning aircraft than the Indian Air Force. “These so-called force multipliers dramatically increase the combat effectiveness of tactical fighters by extending their range or endurance and improving situational awareness in the aerial battlespace,” they write.

They warn that India has no option but to keep pace with China in terms of a more “technologically centric military”.

But wars are not just fought or won and lost in the air. India Legal’s defence and strategic affairs columnist Praful Bakshi adds another dimension to what India needs for its territorial defence of Ladakh: A Lean Mean Fighting Force on the ground (read here). Bakshi points out that the battles that have ensued in India after 1947—Kashmir ops of 1948, the 1962 war with China, 1965 and 1971 wars with Pakistan, Kargil and the present situation building up from Ladakh to the Arunachal sector against China—had something in common: The operations involved intense mountain operations. “India’s humiliation at the hands of the Chinese was caused not only by lack of preparedness in terms of weapons, logistics and war doctrine, but ill-preparedness to operate effectively in the mountains. A number of reports have desperately sought a more effective method of conducting offensive operations in the high mountains,” he writes.

Former Army Chief Gen Bikram Singh helped launch the concept of a mountain strike corps (MSC) capable not only of evicting the intruding Chinese, but also of taking forward the ongoing conflict to India’s advantage. Gen Singh argued that the MSC would protect the Galwan area in Ladakh. If China grabs this area, then it could alter the LAC to its advantage.

Unfortunately, the work on raising the second division of MSC, started at Pathankot, had to be shelved “due to paucity of funds”.

Had it been fully operational today, says Bakshi, the MSC would have “totally deterred the Chinese in their deceptive ingress operation in April 2020. A long-lasting benefit of this would be a change in our doctrinal thinking vis-a-vis China and we could reclaim Aksai Chin and other areas occupied by China or presented to them by Pakistan”.

Did you find apk for android? You can find new Free Android Games and apps.
Share
Facebook
Twitter
Pinterest
WhatsApp
Previous articleSC releases user guide for limited physical hearings
Next articleRahul’s written question on PM-CARES in LS gets a cryptic ‘No’ as answer from govt