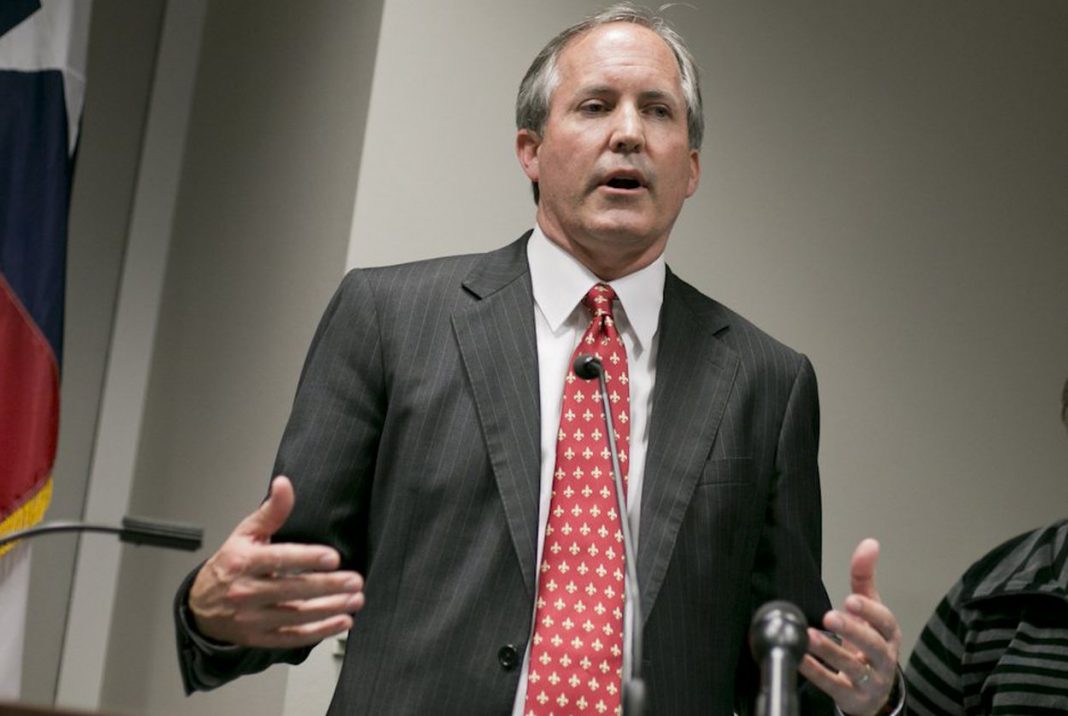 If the latest effort by Donald Trump to overturn the US Presidential election were to succeed it would be the Neutron Bomb of legal affairs, killing million of votes but leaving the Supreme Court Building standing, with the justices alive but in questionable repute. Texas Attorney General Ken Paxton is asking the Supreme Court to accept his lawsuit against Pennsylvania and three other states, giving Trump enough electoral votes to go from loser to four more years. He wants the justices to nullify millions of votes. Republican attorney generals in 17 states signed on to the request, and President Trump himself then intervened in a brief riddled with debunked conspiracy theories and at least one outright factual error.

Paxton alleges that expanding mail voting permitted egregious fraud and all four states illegally then concealed evidence that Democrats stole the election. In the judgment of most legal writers there is no basis in truth for his factual claims and no basis in law for his legal theories. Perhaps Paxton, who is reportedly under FBI investigation for corruption, is more interested in obtaining a preemptive pardon from Trump than presenting a coherent legal argument. Such a decision by the High Court would be the greatest example of voter nullification in American history.

None of more than 40 lawsuits in state and federal courts on behalf of President Trump has convinced a single judge so far. Even Republican-appointed judges have yet to find any compelling arguments made regarding election fraud.

The Trump effort may not be a silly, as it seems. Imagine that his goal isn’t to keep the White House. Rather it is to keep his supporters and the Republican Party on his side. Trump, who rarely avoids a chance to make headlines, will do what he can to stay relevant for the next few years.

What’s not as clear is why 17 state attorneys general, all Republican, decided to join Paxton’s humiliating crusade. Their brief, spearheaded by Missouri Attorney General Eric Schmitt, parrots Paxton’s false assertions about widespread fraud, urging SCOTUS to take up the case. They accuse the four defendant states of repeatedly violating the Constitution by allowing more people to vote by mail during the pandemic. And they claim that, by allowing voters to cure faulty absentee ballots, the states violated the equal protection clause. To remedy this alleged problem, they suggest, the Supreme Court must wipe out every vote cast in all four states, clearing the way for each state legislature to assign their electors to Trump.

Will the Supreme Court take this case, let alone rule for the plaintiffs? Probably not. The underlying case is thin and completely different than in 2000 in the Gore-Bush Florida vote case. However, the apparent willingness of conservative lawyers to attempt such a case suggests American lawyers are not immune to polarization infection. These lawyers obviously no more want to alienate Republican voters than do politicians who are still unwilling to say Biden’s name in the same breath as President-elect.

However, the attorney generals of 18 states face a higher standard than other elected officials. The legal profession assumes an obligation to meet basic ethical standards, no frivolous lawsuits, no lies in court, good judgment regardless of the client. The state attorney general who, in essence, represents all the people if the state, needs to be thoughtful in situations involving improvable conspiracy theories to cancel an election

How did we get here? To start, at least 13 of the 17 attorneys general on the motion are affiliated with the Federalist Society, a powerful and lavishly funded network of conservative attorneys. The Federalist Society has achieved unprecedented success under Trump: He has nominated its members to serve as judges, political appointees, and, of course, his own personal lawyers. A huge portion of election-related litigation over the last few months has been driven by Federalist Society members eager to toss out as many Democratic ballots as possible. All the while, the conservative legal movement has insisted that it is dangerous and unacceptable for anyone to criticize any attorney who chooses to support Trump in court.

For some American lawyers, there appears to be no ethical or moral distinction between a public defender representing an indigent defendant and a partisan attorney advocating on behalf of a corrupt president. This lawsuit, most likely as hopeless as all the others, provides an opportunity to do something that might help retain the presidency.

This last ditch effort is a logical extension of this theory. The attorney generals who signed it are in the mainstream of the conservative legal movement. They are not lunatics. They perceive they have permission to do anything that helps Trump retain the presidency.

Trumpʼs motion came from lawyer John Eastman, senior fellow at the Claremont Institute and the founding director of its Center for Constitutional Jurisprudence. The brief, however, appears to be ghostwritten by the same lawyer whom Paxton hired to write his own brief.  (Hint: in digital software, the metadata often contains the name of the writer.) Eastman is a white supremacist who has pushed a decades-long quest to strip millions of non-white Americans of their citizenship because they are the children of immigrants, subjecting them to deportation.