The centre had changed the composition and qualification of the Armed Forces Tribunal by introducing a part in the Finance Act. Will this help it provide effective justice to the armed forces? 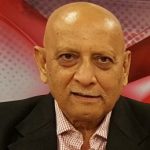 As the parliament’s effort to craft a mechanism to provide speedy and effective justice to men in uniform turned out to be a flop? In the case of armed forces, many think it has. And with a High Court judge being appointed to head the Armed Forces Tribunal (AFT), will the scenario be different? Recently, Justice Rajendra Menon, former chief justice of the Delhi High Court, was appointed chairperson of the AFT.

The AFT was set up under the Armed Forces Tribunal Act, 2007, which came into force on July 15, 2008. It was invested with jurisdiction in two areas. First, it dealt with service matters such as appointments, enrolments, promotions, seniority, confirmations, suspensions, superannuation, retirement, pensions, summary disposals and trials. The scope to take up transfer cases is limited. It also handles disciplinary cases involving appeals against court martial.

The Tribunal is headed by a chairperson and has a number of judicial and administrative members. Former judges of the Supreme Court and High Court chief justices are eligible for appointment as the chairperson. A High Court judge or a retired one can be appointed as a judicial member. Serving or former military officers of the rank not below major general and equivalent or ex-judge advocate generals in the army, navy or air force can be appointed as administrative members. Members of the Tribunal hold office till age 65 years. Chairpersons who have been ex-judges of the Supreme Court hold office till 70 years.

Benches of the Tribunal were initially set up at only nine locations—Delhi, Chandigarh, Lucknow, Jaipur, Mumbai, Chennai, Kolkata, Kochi and Guwahati. Three more locations were later identified and hearing of cases was facilitated at Jabalpur, Jammu and Hyderabad. The principal bench is located in Delhi. The AFT Act provides for the Tribunal to hold hearings at other stations in the form of circuit benches.

The need for an AFT arose because there was no provision for military personnel to exercise a meaningful right of appeal. Their complaints and petitions were decided in-house at the level of service headquarters or at best by the defence ministry. Under the previous regime, they could only submit a petition which did not afford them a right of being heard or being represented by a counsel. There was also frustration due to the enormous delay in disposal of cases before various high courts.

Has the AFT emerged as an effective justice doer and remedy provider? The aspirations of service personnel who want to get their grievances met by a tribunal specially designed for them have remained unmet. The number of cases pending before various benches exceeded 16,000 as on October 1 this year.

There are various reasons for this sorry state of affairs. The main problem is shortage of benches. There is only one bench in Delhi that is available from mid-December onwards. This is because of impending retirements. For a number of years, the posts of judicial members remained vacant. High court judges of good calibre and motivation are reluctant to apply to serve as judicial members. The few who do find their appointment letters unduly delayed and they are not called to take up their posts. Due to non-availability of members, the authorised number of benches can’t be constituted to take up pending matters.

The shortage of members is not confined only to the judicial side. Even administrative members with the requisite aptitude and experience are not being selected. Many among those selected were found to have no in-service exposure in handling disciplinary cases or even adjudicating service matters. They had no notion of what constitutes “personal interest” or a “speaking order”.

Another hurdle is the performance and disposal of cases by the benches even when they are functioning. It was observed that cases were being taken up for hearing only till lunch time. Thereafter, the benches would call it a day after barely transacting business for three hours. So, judicial time was not being fully utilised. There were also unconfirmed reports of judicial officers harbouring grudges over the quality of help received from administrative members in getting cases marshalled for inclusion in the judgments.

Another reason was the lack of faith and confidence among the litigants about the efficacy of the Tribunal. This stemmed from non-implementation of the final orders which could have provided relief to litigants. A majority of the cases coming to the Tribunal were against the Union government, with the ministry of defence being the respondent. It was observed that the relief and remedy ordered by the Tribunal to the aggrieved servicemen and veterans remained on paper due to lack of implementation and compliance by the authorities. Want of adequate contempt power with the Tribunals rendered them incapable of getting their decisions implemented. The “toothless tiger” thus failed to inspire confidence among the people whose interest it was expected to judicially serve.

There was also an impression, and justifiably so, about the defence ministry exerting undue influence on the members to decide matters in a particular way. The members were subservient as they were dependent on the government for all administrative and service support. It is common knowledge that the benches have to rely upon the ministry or the service headquarters for facilities and support such as orderlies, runners, vehicles, telephones, etc, and in some cases, even residential accommodation. Ad hocism and subjective handling of the AFT is apparent from the grant of tenure extension to some members while denying it to others.

Pendency was also due to poor support by the panel of lawyers assigned to represent the central government. Most are not conversant with either military law provisions or the functioning of the armed forces. They are usually selected due to political considerations. As such, they were of little help to the benches in the adjudication of disputes.

The government had attempted to change the composition and qualification of the Tribunal as also the selection process by way of introduction of Part XIV of the Finance Act, 2017, and the rules thereunder.

Part XIV had brought about sweeping changes to the method of appointment, terms of office, salaries and allowances of the members and presiding officers of a number of tribunals, including AFT. However, the effort stood negated due to a recent verdict by a five-judge bench of the Supreme Court on November 13, 2019, in the Roger Mathew and Kudrat Sandhu cases (clubbed together in the Supreme Court and disposed of in one judgment) which came down heavily on the attitude and intent of the government.

The Supreme Court has called upon the government to constitute a commission to select members of various specialised tribunals. The members should be people with an independent outlook, integrity, character and good reputation. Such a commission should be headed by a retired Supreme Court judge with another former judge as a member, it said. Another member could be a retired chief justice of a high court to be appointed by the chief justice of India. Further, one member holding the rank of secretary should be included. He should also be its ex-officio convener. One expert member can be co-opted by full-time members to assist in matters pertaining to his particular domain.

The judgment in the Roger Mathew case dealt with the powers of the high court over AFT verdicts. It had ruled that “writ jurisdiction under Article 226 does not limit the powers of High Courts expressly or by implication against military or armed forces disputes. The limited ouster made by Article 227(4) only operates qua administrative supervision by the High Court and not judicial review. Article 136(2) prohibits direct appeals before the Supreme Court against the judicial review exercised by the High Court under Article 226”.

Questions have been raised about this decision. Section 181 of the Finance Act deals with qualification, terms and conditions of service of chairpersons and members of the appellate tribunal. Its linkage to the AFT was uncalled for because the AFT has no provision for an appellate tribunal. Secondly, Section 6 of the AFT Act provides for the qualification for appointment of chairperson and other members. So it is not clear what was sought to be achieved by introducing Section 9A in the Finance Act.

The Supreme Court came down heavily on the executive to strike down the composition of the search committees’ scheme. It stated: “The procedure for selection is fundamentally destructive of judicial independence. The Union Government has vital status in the disputes before many tribunals. Even otherwise, conferring upon the government such a dominating and overwhelming voice in making appointments is a negation of judicial independence.”

Will the Roger Mathew judgment bring solace to aggrieved servicemen awaiting justice from the AFT? Hopefully, it will.

—The writer was Judge Advocate General of the Indian Army and Director, Amity Law School, Noida