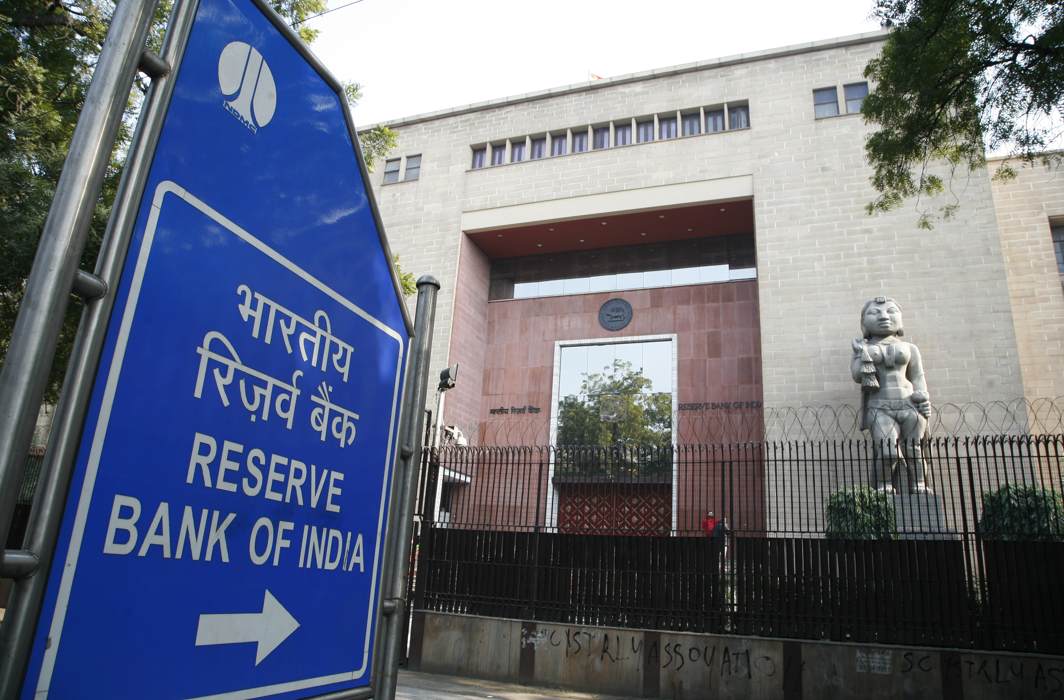 Over the last five years, the RBI has transferred its profits to the Modi government. Nothing was added to its contingency reserves. But the RBI Act states that reserve capital cannot be used up

The Reserve Bank of India (RBI) has three main areas of responsibility. It is a banker of banks and is responsible for maintaining public confidence in the banking system. It is also the government’s banker, responsible for managing the country’s money supply—printing new money, destroying old bills, and so on. In this role, it helps to fund the government’s fiscal deficits by buying government bonds (G-secs). Finally, it protects the citizens’ wealth by keeping inflation in check and maintaining the external value of the rupee.

But the most crucial role of the RBI is as a lender of last resort during times of weakness in the financial system. In the event of a loss of confidence in the country’s banking system, and a run on banks, it is the responsibility of the RBI to provide the necessary liquidity to save the financial system. In the 2008 economic crisis, the central banks of the US, European Union and Japan played crucial roles by providing liquidity and staving off a global disaster.

It is vital, therefore, for a country to have an independent and financially stable central bank. But with the recent rise of populist and autocratic leaders, central bank independence is under threat. Populist leaders are pressing for more direct oversight and control over monetary policy. Trump has demanded that interest rates be slashed, Brexiteers rubbish the competence and motives of the Bank of England, Erdogan has been in a tug-of-war with the Turkish central bank and Modi replaced two capable economists with a pliant insider who cut rates ahead of an election and has now overseen the largest capture of central bank reserves by a government.

At a time when there is a need for serious debate and reflection on the objectives, tools and limitations of central banks there are dangerous forces afoot that could undermine the world’s economic stability.

There is an inherent conflict between the objectives of a government and the central bank due to the different time frames under which the two operate. The government consists of elected politicians whose vision is short-term, limited by the timing of the next elections. In India’s complicated electoral process, there is always an election around the corner. This means a constant slew of new promises and handouts to political groups and new welfare schemes. When there is not enough money to pay for all these schemes, politicians head to the central bank because that’s where the money is printed. 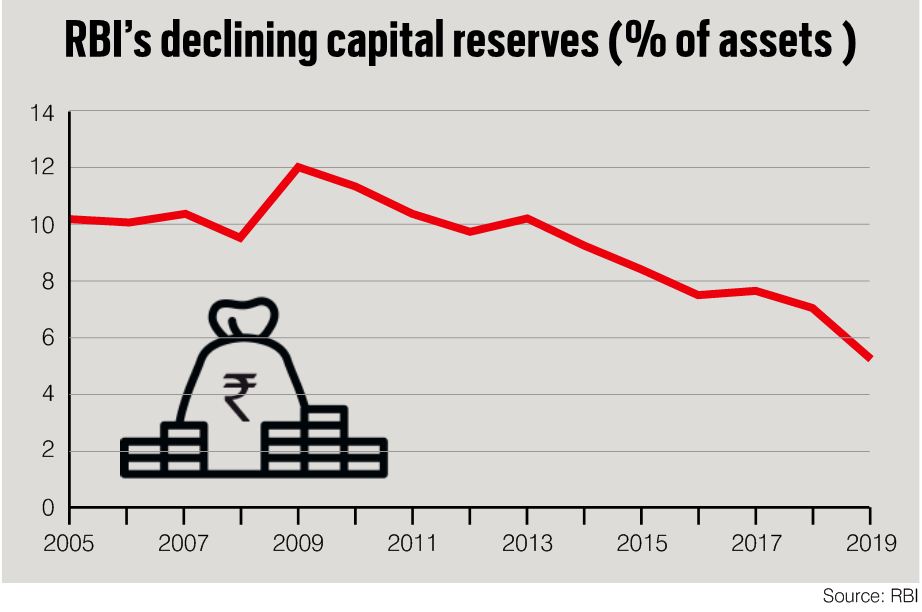 But a central bank needs a long-term vision. It cannot merely be a piggy bank for irresponsible government spending. It must, at all cost, maintain financial stability in the credit and equity markets. These markets are easily spooked by inconsistent policies, and we saw in 2008 the havoc nervous financial markets can create. So, unlike politicians whose survival depends on chameleon-like adaptability, the central bank needs clear, long-term and consistent policies.

Foreign investors and credit agencies are also extremely sensitive to government attempts to influence the central bank. A country where politicians can overrule the central bank to promote excessive credit or to print too much currency is not a good place to invest because debasing the currency and ignoring the central bank disciplines have proved ruinous for residents and investors.

The evidence over the last three decades shows that an independent central bank charged with a clear and defined policy provides the basis for strong monetary policy, low inflation and stable financial conditions. On the contrary, countries with weak central banks have seen hyperinflation and great economic devastation resulting in a significant loss in national wealth. Zimbabwe, Argentina, Turkey and Greece are just recent examples of countries with weak central banks that have faced serious economic crisis.

Every stable central bank must maintain a contingency reserve to provide liquidity to the financial system. The Basel norms suggest contingency reserves of around 8 percent of assets. For countries with more volatile currencies, reserves need to be around 12 percent. RBI’s internal research, based on simulated risk models, suggests that contingency reserves be maintained between 9 percent and 12 percent of assets. But the Jalan committee, set up by the RBI last year to examine the issue of reserve transfers to the government, has surprisingly suggested a number between 5.5 percent and 6.5 percent (and preferably at the lower end of 5.5 percent). 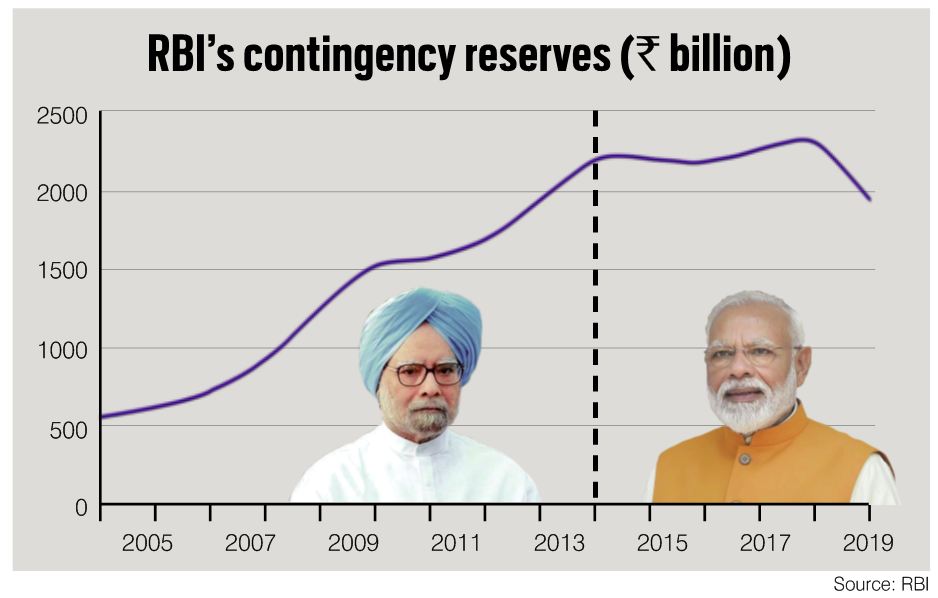 I believe this is a serious misestimation by the committee given the twin reality of a deep banking crisis (compounded by a significant slowdown in the non-banking financial sector) and a steady increase in the volatility of the rupee since 2013. The committee should have examined history to understand the importance of central bank reserves to financial stability. The Asian financial crisis of 1997 which caused severe economic devastation in several East Asian countries, including Thailand, Indonesia and South Korea was largely the result of inadequate reserves. Argentina’s recent debt default was triggered by insufficient reserves at its central bank.

The graph show’s RBI’s contingency reserves as a percent of assets. The RBI prudently maintained a ratio of around 10 percent till 2013 after which the reserve ratio started to decline quite dramatically. By June 2019, the ratio had fallen to 5.34 percent. This is dangerously low and sends a loud negative signal to global investors.

The drop in RBI’s reserves is symptomatic of the clash between policymakers whose interests are entirely short-term, and the RBI whose focus is the long-term stability of the Indian rupee. The Modi government has an aggressive social agenda, but it hasn’t figured out how to increase tax revenues to pay for all its programmes. It tried demonetisation to scare away black money and increase the tax base—the results were disastrous. The resulting destruction of wealth and business failures further compounded the tax revenue problem. The government then hurriedly introduced a half-baked and complicated GST tax regime with unrealistically high tax rates. Predictably, this slowed demand further and NPAs started to rise. In a panic, the government raised tax rates on the wealthy, but the market responded with a dramatic sell-off, wiping almost Rs 15 lakh crore in wealth.

Now caught between a rock and a hard place, the government has again been misadvised to inject liquidity into the system by grabbing the contingency reserves from the RBI. This comes on top of the substantial amount of money that the government has already taken from the RBI over the years. The RBI is required by law (Chapter 4, Section 47 of the RBI Act) to transfer the profits from its operations to the centre in the form of a dividend after provisioning for reserves.

The RBI Act requires only that the central bank transfer its profits to the government and not the reserve capital built up over time. The government can insist on capturing 100 percent of the RBI’s profits, but no provision in the original RBI Act allows the government to pull money from the contingency reserve fund.

The graph shows the growth in RBI reserves from 2005 to 2014, and the subsequent drop from 2014 to 2019. The Singh government can be blamed for a lot of things, but when it came to managing the people’s money, it acted with prudence. Modi should thank Singh for building up the RBI reserves so he can now tap into that money and bolster his credentials as a great welfare provider. It is unlikely that the Modi government would have been able to support all the new schemes it has started had it not been for the fiscal prudence of the previous government.

The RBI’s contingency reserves are meant to protect the country’s currency and its banking system. They are not meant to pay for subsidies that politicians promise in order to get elected. It would have been more prudent to use the Rs 1.76 lakh crore from the RBI’s reserves to buy NPAs (at face value) from the commercial banks. This would have shifted the bad loans to the RBI’s balance sheet (where they matter less) and allowed the commercial banks to start lending again. This would have immediately increased the amount of credit available to the economy and helped jumpstart stalled projects.

This would have also solved the haircut problem that plagues the current settlement of bad loans. Commercial banks are under tremendous time pressure to get rid of bad loans from their books and have been settling them at huge discounts. But as the RBI does not deal directly with consumers, its balance sheet does not have to meet the same capital adequacy constraints.

Grabbing contingency reserves from the RBI was not a prudent step, given the state of the country’s banking system. Not using the money to reduce the pressure of bad loans was thoughtless. This government prides itself on its ability to make quick decisions.

When it comes to matters of the economy, however, a little more thought, analysis and debate is more appropriate.

—The writer is a financial economist and founder,  contractwithindia.com