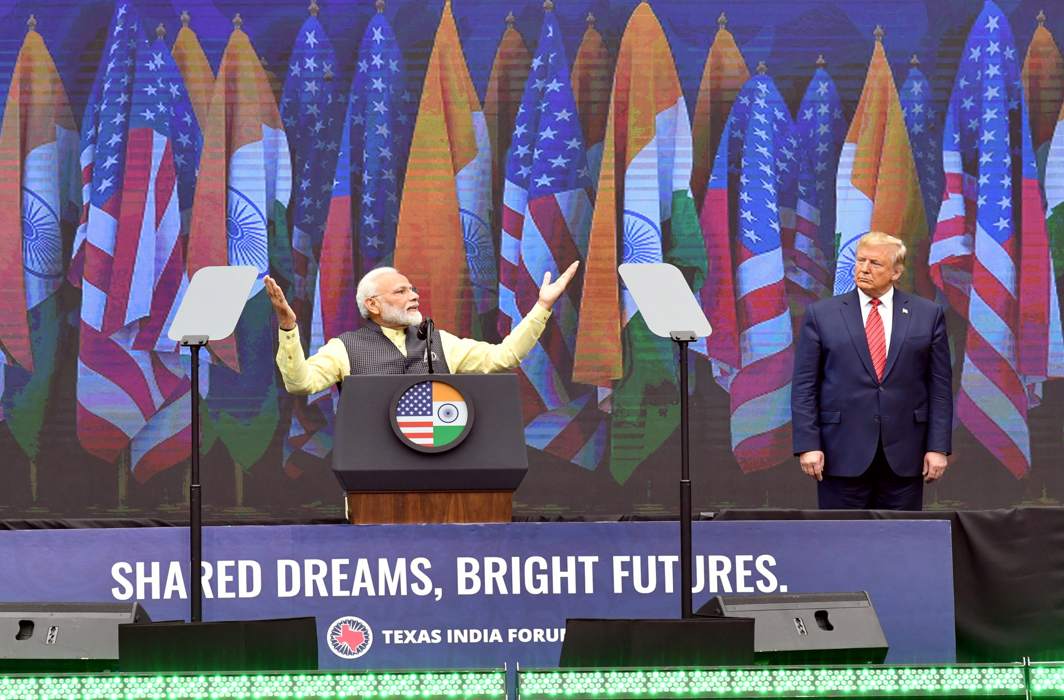 The leading news happenings of the last few days have made us bask in a feeling of good days. The leader of the biggest superpower of the planet, Donald Trump, walks hand-in-hand with Prime Minister Narendra Modi at the NRG stadium in Houston, at a rousing reception of some 50,000 Indian Americans. The prime minister, enjoying every moment (he’s made for crowds), gives an inspired speech and even seems to endorse Trump’s candidature for the next election, Abki Baar Trump Sarkar. The warmth between the true leaders is fetching. The next day, Trump walks in unannounced to hear Modi talking on the climate crisis. It’s indeed a wow moment for India, a new high for Indo-US ties. Now, this triggers hope. Prime Minister’s big friend in the US may help revive the dipping economy and slay naysayers once and for all? Both countries are hoping this translates to material gains; for India it’s the economy, for the US a counter-balancing friend in Asia.

However, even before the shindigs in the US, finance Minister Nirmala Sitharaman, in true Modi government spirit of art of headline management (pointed out by former PM Manmohan Singh, who has been vocal on Twitter of late) announced splashy corporate tax rate cuts, in an obvious keenness to shed the government’s anti-business tag. It is hoped that the bold step indeed acts as the much-needed economic stimulus and the corporate sector responds by raising its investment spending. Over the next few weeks, expert views will make us understand this better. We will need to know if the Modi government has indeed learnt the art of better economics, or if this is (sigh!) just another artifice, like the demonetisation ghost, aftershocks of which are being felt even more than two years after its announcement.

The common man just wants the basics: money in our banks should be secure and growing, our children get jobs as soon as they are out of college, days of the dreaded salary cuts and staff trimmings in offices are over, the air we breathe is cleaner, healthcare is cheaper. Is this too much to ask?