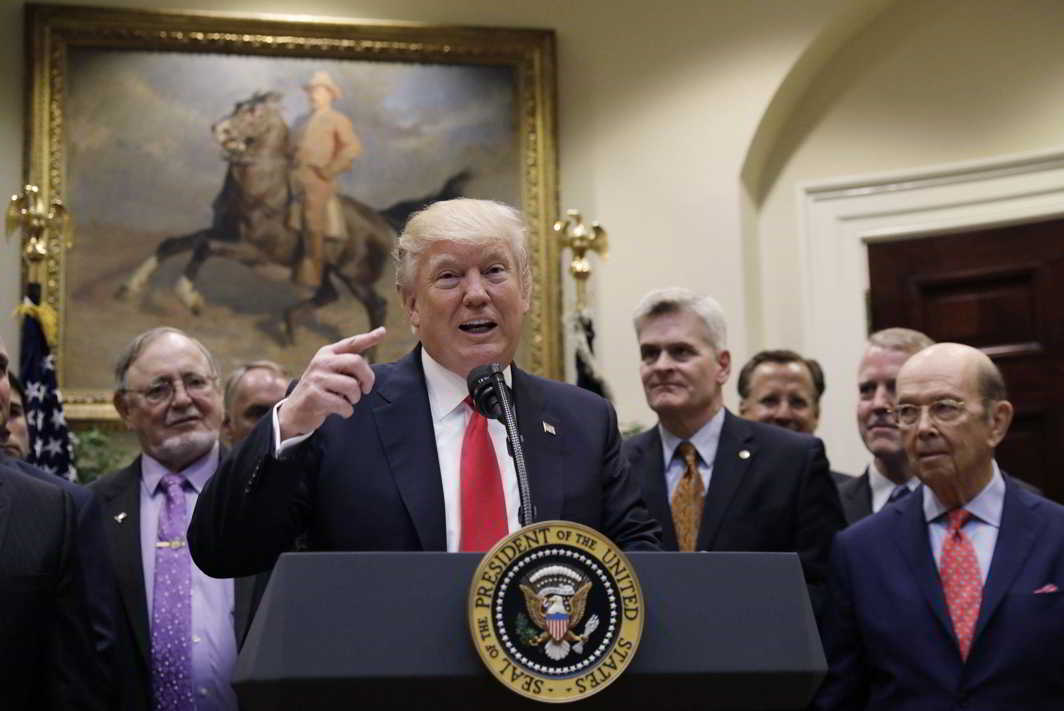 Be it his tariff attack on Mexico or his hyper-criticism of London Mayor Sadiq Khan and Meghan Markle, the US president seems to be acting in a bad movie

If Donald Trump were a movie mogul in a make-believe land called Bullywood, he would be a writer, star, producer and director and probably cameraman and makeup artist too. His two-week tariff attack on Mexico had all the elements of a bad hostage movie.

Trump threatened the economy of both the US and Mexico, which would have had serious repercussions for the auto and agricultural sectors. His Republican allies in the Congress, especially those from southern states which are home to major automotive manufacturing, were making it public how unhappy they were.

Trump had started this script with a tweet and it ended with bravado as he claimed that last-minute negotiations averted tariffs for at least six months. Close reading of that information revealed that almost all of it had been agreed a month ago while Mexico had refused to get involved in an issue Trump claimed was critical.

Mexican President Andrés Manuel López Obrador wrote to Trump. The English translation is: “President Trump, social problems are not resolved by tariffs or coercive measures like turning a neighbouring country overnight into a ghetto, an enclosed place for the migrants of the world, where they’re stigmatised, abused, persecuted, and excluded and the right to justice is denied to those who seek to work and to live free from want. The Statue of Liberty is not an empty symbol. With all due respect, although you have the sovereign right to say it, the slogan ‘United States First’ is a fallacy because universal justice and fraternity will prevail until the end of time, even over national borders.”

Ned Price, a former Obama administration security advisor, said Trump creates a crisis and galvanises his base, but leaves the definition of success undefined. The hard-ball attitude is a facade, with Trump claiming a win, yet “the loser tends to be the American people, often times Trump’s base first and foremost”.

In keeping with our movie theme, this is a role that President Trump has played most of his adult life. In his business career, he routinely threatened vendors and contractors by refusing to pay them. From the start of his unexpected presidency, he has threatened other nations with tariffs and attacks if they didn’t do what he wants, only to back off under pressure from within the US. Losing control of half of the Congress was unsettling, but hardly an impairment to his constant disparagement of anyone he dislikes.

On his arrival in England for a state visit, he was in high disparagement, managing to be hyper-critical of London Mayor Sadiq Khan and Meghan Markle, weeks after she gave birth to an heir to the British throne. He called for a boycott of AT&T, now owner of CNN, for its coverage of him. He also criticised NBC News and The New York Times. All of this before he had actually landed in Great Britain. American newspapers used images of former President Obama with a smiling Queen Elizabeth with those of a glum-looking Queen and Trump. These went viral.

Speaker of the House Nancy Pelosi, a Democrat, has enough experience dealing with entitled men. She makes Trump uncomfortable because she can’t be bullied. When she said she hoped to see him locked up in prison, the president went ballistic. He described her as “nasty, vindictive, horrible person” while in Normandy for D-Day’s 75th anniversary.