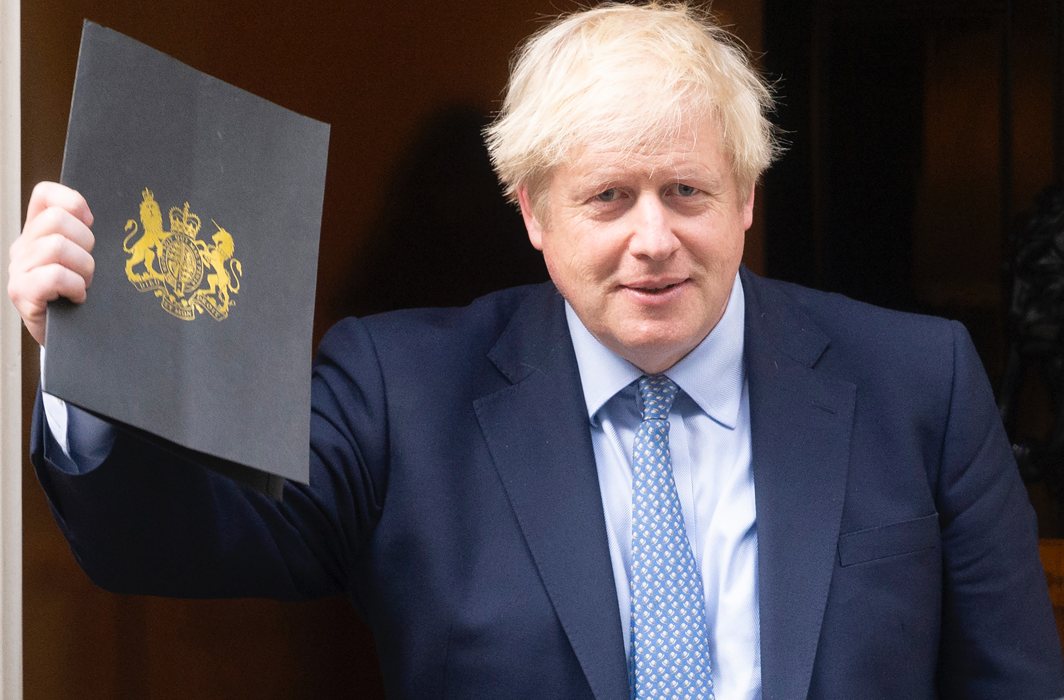 After Boris Johnson shut down parliament, it was left to the highest court to rule that he had broken the law. That had little effect on the unrepentant PM who was full of bluff and bluster

In a momentous judgment, the Supreme Court of the United Kingdom ruled that Prime Minister Boris Johnson had broken the law when he shut down parliament in early September. In one fell swoop, Britain’s highest court re-established the sovereignty of parliament, democratic accountability and readdressed the balance of power between the Executive and parliament.

Even as Opposition MPs demanded that Johnson do the “honourable” thing and resign, the unrepentant prime minister went on the offensive criticising the Supreme Court’s judgment, accusing Labour Party leader Jeremy Corbyn of thwarting Brexit and running scared of a general election.

On the first day it resumed, the House of Commons saw unprecedented scenes of rancour and division as Johnson used inflammatory language to ratchet up tempers and spark a furious backlash from Opposition MPs and rebels within his own Conservative Party. He goaded the House, building a narrative of parliament versus the people, hoping to elicit a vote of no-confidence from the Opposition benches—a trap they did not fall into.

Johnson had prorogued parliament on September 9 claiming that his government would lay out their domestic agenda with the Queen’s Speech on October 14 when both Houses would return. However, everyone knew that the real reason for him shutting down parliament for five weeks—an unreasonably long period to prepare for the Queen’s Speech—was to ensure that MPs could not grill his government on the deal they were ostensibly negotiating with the European Union to leave the 28-member trading bloc on October 31.

The unanimous judgment from 11 Justices of the Supreme Court ruled that Johnson’s advice to the Queen to prorogue parliament at the height of the Brexit crisis was unlawful. The Supreme Court, which replaced the Law Lords as the highest court in 2009, held an emergency three-day hearing and on September 24 gave its brief, only 24 pages, but firm ruling read out by the Court’s president, Lady Brenda Hale.

“This court has concluded that the prime minister’s advice to Her Majesty (to suspend parliament) was unlawful, void and of no effect,” read out Lady Hale to the packed Court that also sits in the Palace of Westminster directly opposite to parliament. “This means that when the royal commissioners walked into the House of Lords (to prorogue parliament) it was as if they walked in with a blank sheet of paper. The Prorogation was also void and of no effect. Parliament has not been prorogued,” she read.

Within minutes of the ruling, the Speaker of the House of Commons, John Bercow came on to College Green in front of Westminster in the pouring rain and told the press that parliament would “resume” from the very next morning at 11.30. Dozens of Remain supporters who had been waiting outside the Supreme Court since early morning erupted in cheers.

Gina Miller, a Guyanese-British businesswoman of Indian descent who had taken the case to the Supreme Court, said as she emerged flanked by lawyers and others: “Today is not a win for any individual or court, it’s a win for parliamentary sovereignty.” The 54-year-old Miller, born as Gina Nadira Singh, is being hailed as the real hero of the day. She was supported in her case by former Conservative Prime Minister Sir John Major.

“This second success for our client Gina Miller in the Supreme Court is a testament to her resolve to take whatever steps are required to ensure executive overreach does not become a feature of our democracy. This case shows that our courts can be relied on to hold the executive to account when necessary and is evidence of the robustness of our system of separations of powers,” said James Libson, solicitor at the firm Mishcon de Reya, who represented Miller.

The first legal question the 11 judges had to resolve was whether the prime minister’s decision was “justiciable” and could be scrutinised by the courts. When Miller took the case to the English High Court, it declined to intervene. The Scottish Appeal Court overturned this and decided that judges did have legal authority to act. Finally, the Supreme Court supported the Scottish interpretation.

Johnson had angered MPs when he prorogued parliament in early September. Opposition and some rebel Tories had chanted “shame” and held up placards saying “silenced” in the House during its last few hours. “It is a huge vindication for the parliamentarians who led the way with the challenge in Scotland and an even more significant reinforcement of the critical importance of the rule of law and the sovereignty of parliament,” said Elaine Motion, senior solicitor with the law firm Balfour+Manson who represented 76 petitioners in the Scottish case.

Stopping short of saying that the advice Johnson gave to the Queen was improper, the judgment said: “This was not a normal prorogation in the run-up to a Queen’s speech. It prevented parliament from carrying out its constitutional role for five out of a possible eight weeks between the end of the summer recess and exit day on 31 October.”

Baroness Shami Chakrabarti, the shadow attorney general, described the ruling as a “historic judgment that will be remembered up and down these isles and all over the world for years to come that no one, not even the prime minister is above the law”. Legal experts said it secured the absolute supremacy of parliament over the government or Executive. It also marked a significant moment in asserting an enhanced position for the judiciary in UK’s unwritten constitution.

Corbyn who was at the Labour Party’s annual conference in Brighton when he heard the news, took to the stage in front of thousands of party delegates and said: “Boris Johnson has been found to have misled the country. This unelected prime minister should now resign.” There were echoes of Corbyn from all Opposition leaders, but it was clear Johnson was not going to oblige.

Cutting short his trip to the United Nations in New York, Johnson rushed back to London. However, when he appeared in the Commons a few hours later, he was far from contrite after the astonishing rebuke he had received from the Court. Instead, he blamed the Opposition for “surrendering” to the EU and “betraying” the country. At no point did he apologise or answer questions on why he had misled the Queen, but instead called the House a “zombie parliament” which should no longer continue and infuriated Opposition MPs even more.

“Instead of facing the voters, the Opposition turned tail and fled from an election. Instead of deciding to let the voters decide, they ran for the courts… it is absolutely no disrespect to the judiciary to say I think the Court was wrong,” Johnson told the House. Goading the Opposition to call a vote of no-confidence, Johnson gave a performance full of aggression, bluff and bluster.

Corbyn remained calm and refused to be riled. He accused Johnson of failing to take the Supreme Court defeat seriously, calling his statement “ten minutes of bluster from a dangerous prime minister who thinks he is above the law but in truth is not fit for the office he holds”.

With a minority government and prime minister who has disgraced himself, Britain is certainly heading for a general election sooner rather than later. That will be dictated at the time by the Opposition or by Johnson.