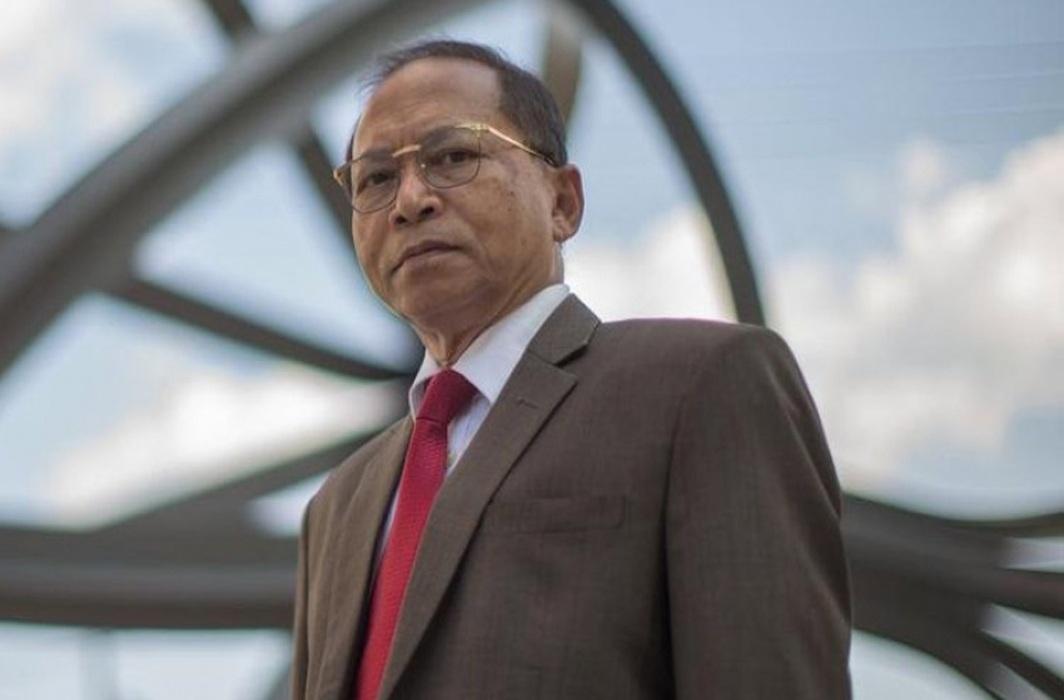 After the tussle between the executive and the judiciary led to the resignation of Bangladesh’s first Hindu chief justice, he now faces arrest over charges of embezzlement

A former chief justice of Bangladesh, Justice Surendra Kumar Sinha, who had to quit in 2017 under pressure from the Sheikh Hasina Wajed government, is facing arrest on charges of embezzlement. Justice Sinha was Bangladesh’s first Hindu chief justice and lived in Australia since resigning.

He has been charged with embezzling 40 million taka in 2016 by the Anti-Corruption Commission (ACC). Judge KM Imrul Kayes of Dhaka’s Senior Special Judges’ Court took cognisance of the graft charges against him and 10 others. The other accused are former senior officials of Farmers Bank, including its ex-managing director.

Justice Sinha served as the 21st chief justice of Bangladesh from January 2015 to November 2017. He earned the wrath of the Sheikh Hasina government after his autobiography, A Broken Dream: Rule of Law, Human Rights, & Democracy, opened a Pandora’s Box and he was forced to resign following intimidation and threat.

Justice Sinha’s book describes the backdrop of his resignation and gives insights into Bangladesh’s numerous social and political issues, including its evolving state of governance.

His troubles began after he gave a verdict in 2017 where the Supreme Court annulled the 16th amendment to the Constitution which empowered Parliament to impeach SC judges for misconduct or incapacity. As it upheld the independence of the judiciary, it miffed Sheikh Hasina, who accused Justice Sinha of “humiliating” the country. He was accused of corruption and misuse of power, allegations that he denied.

Justice Sinha has delivered many important judgments, including one on the killing of Sheikh Mujibur Rahman, the country’s founder, and the validity of the 5th, 7th, and 13th amendments to Bangladesh’s Constitution.

In the Mujibur Rahman case, the court sentenced 12 killers of the leader to capital punishment. After his elevation, a five-member bench headed by him in 2016 upheld the death sentence of a top Islamist leader for war crimes during the 1971 independence struggle, paving the way for his execution.

Later, in October 2017, Justice Sinha left Bangladesh for Australia, calling his leave “temporary”. A day after his departure, the Supreme Court issued a statement saying other judges of the Court had decided not to sit on the bench with him over allegations of graft and moral lapses brought to their notice by President Abdul Hamid. The law minister subsequently announced a probe against Justice Sinha.

In November, Justice Sinha resigned, three months before the completion of his tenure, and he alleged that he was forced to do so because he opposed the country’s “undemocratic” and “authoritarian” regime. He has been in exile since.

In Dhaka’s legal circles, the move by the ACC is seen as retaliatory action by the government over the book that exposed its various illegal designs. It chronicled the various events that led to his forced resignation.

There was a series of unprecedented events leading to tension between the executive and the judiciary. On September 22, 2014, the parliament brought in the 16th amendment that deleted the provision regarding removal of judges through an influential committee of peers known as the Supreme Judicial Council. This process was intended to protect judges from political interference. On May 5, 2016, a special bench declared the amendment unconstitutional. Soon after the verdict, MPs blasted the judges and began displaying disrespect for the judiciary.

On an appeal by the State, a seven-member bench headed by Chief Justice Sinha on July 3, 2017, unanimously dismissed the appeal upholding the High Court’s verdict. On September 13, 2017, the parliament passed a resolution calling for legal steps to nullify the verdict. Chief Justice Sinha was accused of misconduct and corruption. While he was confined to his residence, lawyers and judges were prevented from visiting him. Various ministers suggested he leave the country on medical leave. Finally, he was compelled to do so on October 14, 2017.

During his departure, he made bold statements to the press saying he was neither unwell nor had sought medical leave. Facing intimidation and threats to his family from the Directorate General of the Forces Intelligence, he resigned on November 11, 2017. Soon after, President Hamid announced that he faced 11 charges, including money laundering and corruption.

Justice Sinha was born in Moulvi Bazar district in northeast Bangladesh where he grew up in a family of six siblings—five brothers and a sister.  His father was a dedicated teacher and scholar of the Hindu religion. He pursued a law degree from Sylhet Law College without his father’s consent. His father believed that lawyers make a living by lying. From this backdrop, Sinha rose to become chief justice.

Sinha drew a lot of criticism when he wrote in an opinion piece: “Parliamentary democracy is immature and to attain its maturity, there is a necessity of practicing parliamentary democracy continuing for 4/5 terms!” He was referring to 154 unelected parliamentary members and questioned the legitimacy of the government. Political scientists believe that having an election under such a government could not be fair. Whatever semblance of independence the judiciary had was eroded after Justice Sinha’s exit.

Reviewing the book, the prestigious South Asia Journal wrote: “The present government has neutralized all other organs of the state; military, police, civil servants and all administrations to the lowest cadres at the local level. Election Commission has been made into a tool for implementation of the wishes of the government. If the next election is not conducted in a fair and secure atmosphere, Bangladesh will be lost in the darkness of authoritarianism for an unforeseeable future. Ordinary Bangladeshi citizens are just riders on a rudderless vessel. With Chief Justice Sinha out of the way, there is not a single individual that can stand up to the most influential person in Bangladesh; the 35th dominant female in the world according to Forbes magazine. This award has emboldened her, and she became a source of pride for her party stalwarts.”

It added that the book portrays the struggle of the judiciary to protect its independence in contrast to the erosion of values in judicial service and political corruption. It said that Sinha’s critics accused him of treason, claiming that by giving a verdict that directly challenged the locus standi of the government, he attempted to topple the government by hatching a conspiracy. “With the departure of Sinha, the Supreme Court has been virtually turned into a department under the Ministry of Law. Once an institution is broken, it is difficult to bring it back to its original position. Broken Dream is a must read for those that are interested in studying the emerging pattern of politics of Bangladesh and how a number of factors, both internal and external, are contributing to its march towards authoritarianism.”