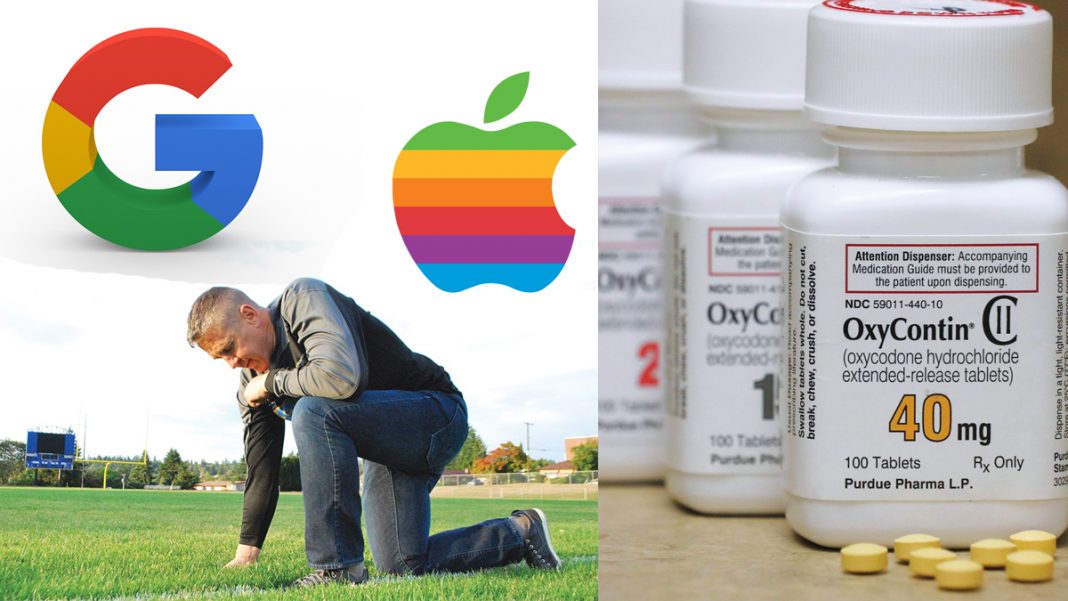 OxyContin maker Purdue Pharma became infamous after thousands of lawsuits were filed against the company for its role in the deadly opioid epidemic. In a latest development, under the new bankruptcy plan the Sackler’s family that owns Purdue Pharma, has agreed to pay around $4.3 billion over the next decade to resolve various civil claims linked to the deadly opioid epidemic.

If reports are to be believed the pharmaceutical company has filed a bankruptcy plan to dissolve itself and establish a new entity dedicated to programs designed to tackle the opioid crisis.

The Sackler family, who own Purdue Pharma, was quoted as saying: “Today marks an important step toward providing help to those who suffer from addiction, and we hope this proposed resolution will signal the beginning of a far-reaching effort to deliver assistance where it is needed.”

It is highly expected that those individuals who sued Purdue Pharma company over opioid addiction or overdose deaths will receive as much as $48,000 under the company’s bankruptcy plan.

In a joint statement along with 23 other Attorneys General, he stated: “We are disappointed in this plan. While it contains improvements over the proposal that Purdue announced and we rejected in September 2019, it falls short of the accountability that families and survivors deserve.”

School on the right side of free speech, says court

In the Kennedy v Bremerton School District, a Federal Appeals court has unanimously ruled that the Washington State school district did not violate the religious and free speech rights of a former Bremerton High School assistant coach Joe Kennedy by stopping him from kneeling in prayer at the 50-yard line after games.

The three-judge panel of the U.S. Court of Appeals for the 9th Circuit said that the Bremerton school district would have violated the First Amendment’s ban on government establishment of religion by letting Joseph Kennedy pray in view of spectators, and with students who might feel pressured to join him.

The panel rejected Kennedy’s claim he was engaging in “private” prayer, citing his efforts to draw local and national support, and said district personnel had received “hateful” and “threatening” emails, letters and calls from around the country.

Mike Berry, general counsel for the First Liberty Institute, who appeared for Kennedy said: “Banning coaches from praying just because they can be seen is wrong” and unconstitutional.”

Earlier, in 2017, the Ninth Circuit had dismissed Kennedy’s request for an injunction that would have permitted him to continue his midfield prayer while the case played out.

The U.S. Supreme Court in the year 2019 had refused to hear the appeal of a high school football coach who was effectively dismissed by his Washington state school district for praying on the field immediately after games.

Google faces wrath of US DoJ

Google’s legal worries do not seem to end anytime soon. Recently, the US Department of Justice (DoJ) has accused the American search engine company Google of dragging its feet in providing documents in preparation for a trial on allegations that it broke antitrust law while the technology giant has maintained that the government was being unreasonable.

Reportedly, Google had declined to agree to dozens of additional “custodians,” particularly people whose emails and other documents would be searched as part of pre-trial document production.

As per the Justice department, it is estimated that the request to Google would produce 4.85 million documents.

In October last year, the DoJ filed one of the biggest lawsuits against Google in almost two decades alleging the tech giant maintained monopoly over search activities to set Google as the default search engine on browsers and smartphones. The tech giant has also been accused of illegally maintaining ‘untrammelled’ power in general search services and search advertising.

In this case, Google has expressed concern at the growing number of custodians whose documents were sought by the government and said that that they had reviewed more than 12 million documents regarding this matter.

Having computers speed-read bills on legislative floor is unconstitutional: US Court

In an unprecedented ruling, the Colorado State Supreme Court has ruled that having computers speed-read bills on the legislative floor is unconstitutional. The court has also confirmed that in the year 2019, the Democrats in the state Senate violated Colorado’s constitution when they ordered bills to be speed-read by computers.

What produced “babel of sounds”, according to the court, was when the senate secretary had uploaded the text of the bill to several computers with automated reading software, and set all of them to read different portions of the bill at a pace of 650 words per minute.

Thereafter, several senators filed suit urging an injunction preventing such computerized reading and against the passage of the bill, which they claimed was unconstitutional.

Earlier, a lower court had maintained that the automated reading at a high rate of speed was a violation of the Colorado constitution’s provision and ruled that in the future legislation must be read “in an intelligible manner and at an understandable speed.” The Supreme Court has affirmed the district court’s determination that the computerized reading was unconstitutional, while also adding that the lower court has no business dictating the specifics of how the legislature might comply with the reading requirement.

The smartphone maker Apple Inc has been directed by a federal jury in Texas to pay $308.5 million to Personalized Media Communications LLC (PMC) for infringing a patent associated with digital rights management.

The jurors have also asked the tech giant to pay a running royalty to PMC for when the patent is used in its products, which is based on the amount of sales of a product or service.

In 2015, the PMC, a licensing firm, had sued Apple alleging that the latter’s iTunes service infringed seven of its patents.

Meanwhile, Apple expressed its disappointed with the verdict and said: “Cases like this, brought by companies that don’t make or sell any products, stifle innovation and ultimately harm consumers.”

The legal battle between Apple and PMC commenced back in 2015, though, Apple successfully challenged PMC’s case at the Patent Trial and Appeal Board but an appeals court in March last year reversed that decision, paving the way for the trial and the latest jury decision.

Did you find apk for android? You can find new Free Android Games and apps.
Share
Facebook
Twitter
Pinterest
WhatsApp
Previous articleHate crimes against Asian Americans see a new high in the US
Next articleSupreme Court dismisses plea of Sushant Singh sister challenging Bombay HC order against her