Another Take on Education

A sound educational system should instil constitutional literacy in its students. This literacy will educate people about their constitutional rights, duties and responsibilities to make India a great nation. 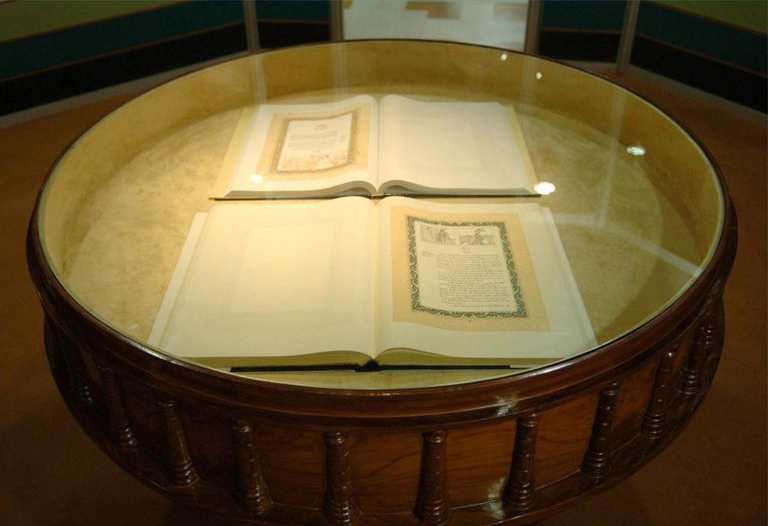 By Balram Pandey and Lokendra Malik

“Literacy in itself is no education. Literacy is not the end of education or even the beginning. By education I mean an all-round drawing out of the best in the child and man-body, mind and spirit.”

These words were said during the freedom struggle. Then India attained freedom on August, 15, 1947. In 1950, it became a republic with the world’s lengthiest Constitution. But in the 21st century, the question that requires a serious answer is: What does it really mean to be a Republic? To know the answer, one has to understand the constitutional conundrum around us and the tool to do so is the concept of constitutional literacy. As Gandhi said, literacy is not the end of education and neither is it the beginning; rather, it is a spontaneous process, something that keeps on happening.

To mark our 75 years of Independence, we are celebrating Azadi ka Amrit Mahotsav, but as Thomas Jefferson, America’s 3rd president, said: “Every government degenerates when trusted to the rulers of the people alone.” The people themselves, therefore, are its only safe depositories. And to render them safe, their minds must be improved to a certain degree and this can only be done with education.

Without undervaluing any other human agency, it may be safely affirmed that the Common School, improved and energised, may become the most effective and benignant of all the forces of civilisation. Constitutional literacy will act as the most effective tool of affirmation of society. Constitutional literacy does not only mean that the people should know about the law(s), the Constitution, their rights and more importantly, their duties. But it is something more. As Professor Mark Tushnet of Harvard Law School argued, the efforts at civic or constitutional education should focus less on “factual knowledge” and more on “civic capacity”.

It is often noticed that popular constitutionalism is frequently condemned as it advocates active participation of citizens beyond the judiciary in constitutional interpretation and enforcement. These complaints point to a plethora of evidence indicating a pervasive lack of popular understanding of the Constitution and the legal system.

A sound educational system should instil constitutional literacy in its students on both traditional and non-traditional levels. A graduate should be literate in the sense that she should be able to read and comprehend other people’s arguments, think logically and critically and articulate her own thoughts in a logical, grammatical and ordered manner. Additionally, even a high school student should have a historical context for events and ideas, especially those concerning constitutional principles, and must comprehend specific “constitutional truths” such as what separation of powers and federalism entail.

Finally, students should realise that constitutional doctrine is animated by a variety of disputes and that civilisations hold divergent perspectives on issues such as equality, freedom of expression, rule of law, judicial review, freedom of religion, etc. People should also be aware about some of the landmark judgments delivered by the Supreme Court that have changed their lives. This is nothing but a critical feature of democratic life.

Constitutional literacy, in this sense, would embrace multicultural critiques of our conventions, as well as a wide variety of other critical answers to our continual quest to strike a balance between pluralism and unity within a diversified nation. The proposal for a national core curriculum has sparked a firestorm of commentary. However, an appropriate preliminary inquiry is: Why add a constitutional perspective to an already multi-faceted, discipline-laden debate? The most obvious reason to consider constitutional materials is that Parts III and IV of the Constitution would be integral components of any curriculum intended to impart information about the nation as a whole. Part III is the fundamental rights chapter and Part IV contains the Directive Principles of State Policy that play a significant role in our constitutional democracy to strengthen good governance and the rule of law.

Also Read: The US Supreme Court’s Moment of Truth

For example, let us take one part of the curriculum—social studies. National standards for social studies would undoubtedly contain discussion of these political documents, their history and their various interpretations. Similarly, national standards would certainly contain a discussion of our founding fathers’ efforts to protect the indicia of equality, the right to life and equal opportunity in constitutional law.

And the critical role that constitutional law plays in the national narrative should also be told. A second, self-evident connection between the Constitution and any national education programme is whether the central government can or should take a role in establishing educational standards.

Additionally, the Constitution’s obligations are regarded to have unique pedagogical significance. They reflect a preference for instructional approaches that foster critical thinking, are tolerant of divergent points of view and value individual autonomy. As such, they influence how Indian educators choose what to include in their curricula, most notably in topics dealing with politics, religion, race and gender.

Another reason to emphasise the connection between the curriculum and the Constitution is to refute the widespread misconception that the tugs of nationalism and individualism, as well as of solidarity and pluralism, are confined to the courts. Many people incorrectly believe that constitutional principles are the province of lawyers and judges, not ordinary citizens; these same people frequently interpret constitutional law narrowly to mean only the outcomes of the courts.

As American philosopher Richard Rorty puts it, socialisation has to come before individuation, and education for freedom cannot begin before some constraints have been imposed. Our allegiance to the right to dissent, not­with­standing our intense disputes about the nature and scope of this right, does not imply that the nation lacks common terms, texts or topics. Similarly, the fact that our common knowledge is provisional and so imperfect does not preclude us from imparting it to our offspring.

However, our disputes and fallibility do imply that, to the extent that education attempts to transmit the current state of our national knowledge, it should “teach the conflicts” alongside the consensus. This requires reformers to take seriously both the lament that our children face severe factual gaps in traditional courses and the multi-culturalists’ calls for an expanded Indian anthology. Constitutional literacy is a must to educate people about their constitutional rights, duties and responsibilities to make India a great nation.