The National Restaurant Association of India has filed a case in the Competition Commission of India against anti-competitive practices of Zomato and Swiggy. These have got worse during the pandemic. 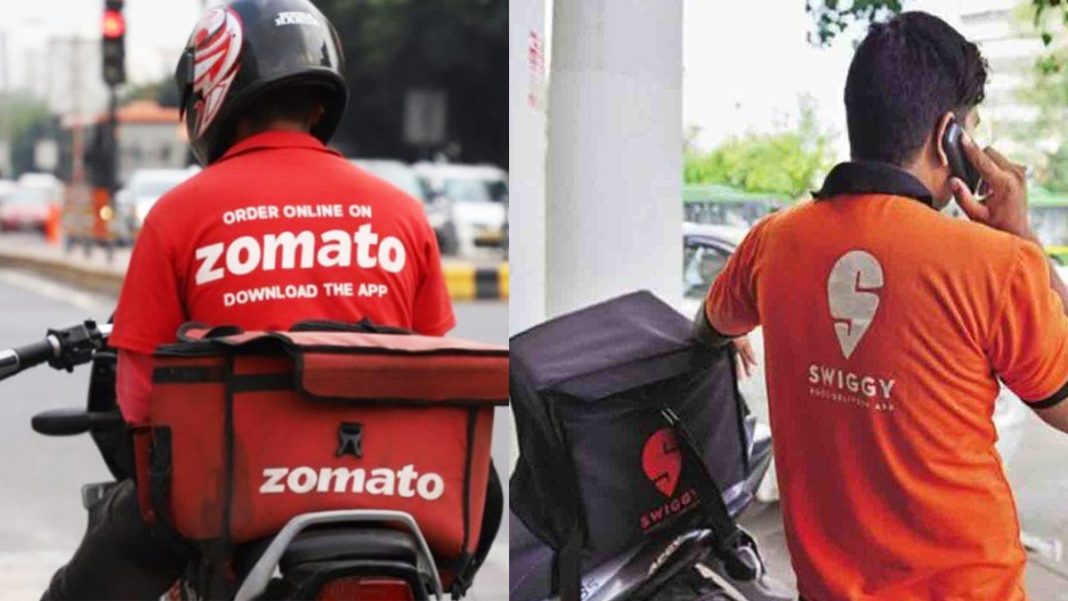 The battle between restaurants and food delivery apps has taken a new turn. Indian food apps Swiggy and Zomato may find an inquiry against them over anti-competitive activities as the local restaurant body, the National Restaurant Association of India (NRAI), has filed a complaint against them with the Competition Commission of India (CCI).

First co-founded in 1982, the NRAI looks after the welfare of over 5,00,000 restaurants and cafeterias. It is controlled by a team of 35 members, comprising CEOs and owners across the industry. They build a network between national and international brands in the food and beverages sector. Its principal emphasis is on strengthening the Indian food service sector by implementing plans across restaurants and delivery services.

Since 2018, Swiggy and Zomato have been encountering severe objections from restaurants throughout India. In early 2019, NRAI had raised the flag and communicated to the CCI about Zomato and Swiggy mishandling their leading titles. As a result, CCI began a market study and organised several seminars to bring the two parties together to solve their problems. By the second half of 2019, hundreds of restaurants had joined a nationwide logout movement against Swiggy and Zomato. However, with Covid-19 starting in 2020, people preferred ordering food online rather than going out to eat and this dispute took a backseat.

On July 1, 2021, NRAI approached the CCI and submitted comprehensive information on the traditions adhered to by the food aggregators that were harming the industry. It mentioned in a statement that they had been disturbed by the inherently anti-competitive practices of Zomato and Swiggy and filed a case. It also specified that during the pandemic, these anti-competitive practices had amplified manifold and despite several negotiations with them, these platforms were not concerned with lessening the worries of the restaurants.

Some of the allegations made by NRAI are deep discounting, masking data, violation of platform neutrality and bundled delivery services. NRAI alleged that the aggregators had compelled restaurant partners to give discounts to maintain the appropriate listing. It also claimed that customers’ data and feedback appraisal had been gathered to serve the likes and preferences of their business to create a monopoly.

Restaurants said that the commissions paid by them affected their search positions and requested better clarity in listing guidelines of the online food aggregators. NRAI also claimed that the food aggregators had made it compulsory for restaurants listed on the platform to also use their delivery services. The president of NRAI, Anurag Katriar, said that the Association has been in continuous discussion with the food service giants over the past 15 to 18 months, but had not been able to solve these problems.

While Swiggy and Zomato have not issued any formal reply presently, they had earlier tackled some of the matters raised by restaurants. They mentioned that data masking was needed to guard the confidentiality of their customers and that they provided restaurants’ data as it helped them develop their functioning in terms of customer review and rating. They also previously declared that restaurants are not required to join in deep discounting arrangements.

While the CCI has not passed any orders about the contentions raised by NRAI, it observed that the absence of clearness about the online platforms’ performance and customs could lead to misrepresentation of competition and suggested that they enhance transparency to lessen information irregularity between sellers using the platforms and the platforms themselves. The CCI also said that online platforms must set a fundamental outline for negotiating agreements and set up avenues to regulate both their discount policies and clashes between the platform and sellers. It emphasised that the disparity in bargaining power between restaurants and platforms was at the heart of several issues, including the commissions charged by platforms and deep discounting of products.

Now all eyes are on the CCI. Whatever the final result of this tussle, the turf war might end up influencing the end-user who will have to live with excessive prices and inferior service delivery. Consumers will have to say goodbye to happy hour menu deals if modifications on flash sales are permitted to be a part of the new rule.

In the meantime, the NRAI is also preparing to launch an app to deal with Swiggy and Zomato. According to the sources, the NRAI is in the last phases of setting details with a recognised tech partner to whom back-end management will be outsourced. The app, to be possessed by NRAI, will provide discounts and loyalty to counteract the private aggregators. Moreover, customers will not have to pay for the app unlike loyalty apps, namely Zomato Gold, and they will have the elasticity to redeem or encash loyalty points at any restaurant. Last year, the NRAI was in negotiations with tech partners for starting its own app only for deliveries, but many viewpoints needed to be tweaked at the time. Now, it is being fast chased.

When the delivery app business picked up in India in 2014, the restaurant industry hoped that food would be delivered in a tranquil way like in western nations. In the initial two years, these apps truly assisted restaurants to access consumers located far away in towns or cities. It seemed ethically correct, but was actually a double-edged sword. Restaurants and eateries should now try to get their own websites, Facebook and Instagram accounts and use WhatsApp to take orders and that too, free.

Moreover, who can contest with a Zomato, which is in the process of raising more than Rs 9,000 crore through an Initial Public Offer? Furthermore, minor but competitive participants like Scootsy have been gulped up by Swiggy. Delivery apps have the market weight to frighten eateries.

The pandemic has only accelerated a change in power towards the consumer interface. Apps are now an essential way of food service and the two giants have the majority of food orders. Therefore, it is crucial that the CCI act immediately to guarantee that restaurant and food businesses do not shut their doors because of dishonest and autocratic customs by online delivery chains.

Even titans like Zomato and Swiggy must realise that they depend on the food and beverage sector for development and profit maximisation and if they squash the latter too brutally, it will tantamount to slaughtering the golden goose. Food parcels at home cannot substitute for the pleasure of an evening out with the family and restaurant dining will be restored soon. Hopefully, it won’t be long before restaurants and home deliveries understand to co-exist as before.

Did you find apk for android? You can find new Free Android Games and apps.
Share
Facebook
Twitter
Pinterest
WhatsApp
Previous articleNGT directs Punjab to conduct inquiry into death of parrots at Faridkot
Next articleDelhi HC issues notice on appeal filed by Association of MD Physicians over cost imposed, remarks by Single-Judge Bench