The petitioner relied on several tweets Mishra published with the alleged aim to cause "incitement, ill-will, hatred and enmity between communities''. 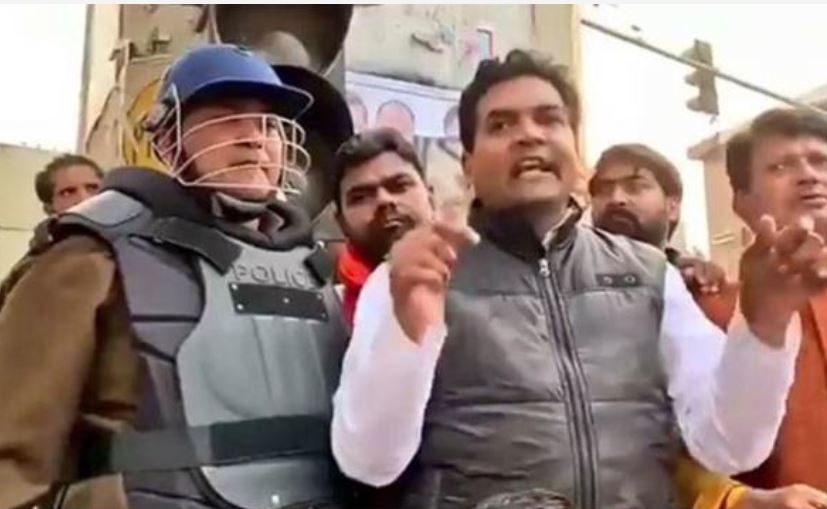 A Delhi Court has asked Delhi Police to file action taken report on a plea filed by activist Harsh Mander seeking registration of FIR under Section 153 IPC and Section 125 of Representation Peoples Act. The petitioner has sought directions for arrest and registration of FIR against BJP leader Kapil Mishra for allegedly encouraging violence against Anti-CAA (Citizenship Amendment Act, 2019) protestors.

The Court passed its order on the plea filed by Harsh Mander seeking arrest and registration of FIR against BJP leader Kapil Mishra. The role of Kapil Mishra is integral in the incitement of violence that broke out in NorthEast Delhi last year in February. It is also essential to understand his antecedents in fostering enmity between communities to holistically understand his role in the violence that broke out on the abovementioned dates,” stated in the plea filed by Advocates Sarim Naved & Utkarsh Mishra.

The petitioner relied on several tweets Mishra published with the alleged aim to cause “incitement, ill-will, hatred and enmity between communities.” “That he had been making communally provocative statements and calorizing vigilante violence since the time of the election campaigns leading up to the Delhi Assembly Elections as had been illustrated…,” the petition added.

In his plea, Mander said that the Delhi police has gone to lengths to avoid filing FIRs against prominent political leaders like Kapil Mishra, despite direction by the Delhi High Court.

Mander has also referred the Order passed by the Delhi High Court on 26th February, 2020 and said: “Therefore, the Hon’ble Delhi High Court itself noted that the speeches of Anurag Thakur (minister of state Finance), Parvesh Verma (BJP Leader and MP West Delhi), Kapil Mishra (he is also a former MLA) and Abhay Verma (BJP Leader and Delhi MLA) disclosed ex facie the commission of offence and fit the description of hate speech…necessitating the registration of an FIR at the very least as per law.” “The Delhi Police has, however, not even addressed its persistent refusal to register FIRs against the above political leaders in its affidavits filed before the Delhi High Court, and has, on the contrary, fabricated false allegations against the petitions to divert attention from its failure to comply with the above order…,” the plea added.

The Patiala House Court has noted in its order,

“Ld. Counsel for complainant submits that the present application be considered for the offence u/s 153 IPC and Section 125 of Representation Peoples Act since they are Cognizable and they do not require any prior sanction. Ld counsel for complainant has also placed reliance on the order passed by the Hon’ble High Court of Delhi as Harsh Mander & Anr. Vs GNCT of Delhi & Ors. (W.P. (Crl.) 565/2020) dated 26.02.2020.”

“Since, the matter has already once gone to the Hon’ble High Court of Delhi, this Court deems it appropriate to call the report from DCP concerned,” the Court further added.