The Impeachment trial of former US President Donald Trump provides a unique situation as the 100 Senate Jurors include 54 with law degrees. This is neither law school moot court nor the Barrister Ball, but perhaps the most important vote the senators will ever cast. For sure it is what they will be remembered for in American history. 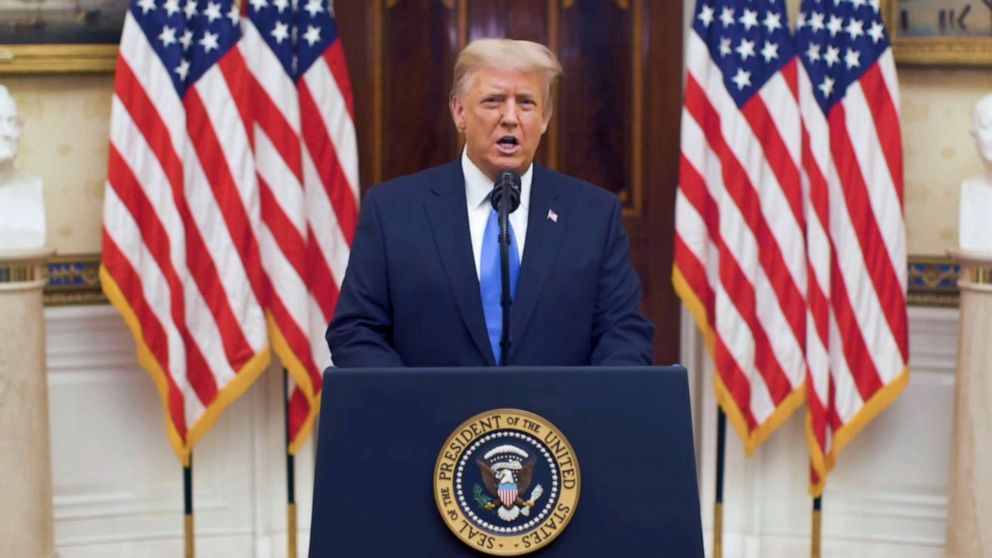 The Impeachment trial of former US President Donald Trump provides a unique situation as the 100 Senate Jurors include 54 with law degrees. This is neither law school moot court nor the Barrister Ball, but perhaps the most important vote the senators will ever cast. For sure it is what they will be remembered for in American history. All of them have sworn the following oath upon election to the Senate:

I do solemnly swear (or affirm) that I will support and defend the Constitution of the United States against all enemies, foreign and domestic; that I will bear true faith and allegiance to the same; that I take this obligation freely, without any mental reservation or purpose of evasion; and that I will well and faithfully discharge the duties of the office on which I am about to enter: So help me God.

The first part of Tuesday sorts out procedural issue. The pre-trial briefs suggest the feel of a TV crime drama we’ve all seen dozens of times where the defense argues there was no crime, nothing to see here. The prosecution objects, showing video to prove otherwise. Unusual factors include more than 100 jurors compared to the 12 usually impaneled in an American court case. The very jurors were also targets in the mob attack on the Capitol and know the fear that inhabited the safe rooms in which they spent hours waiting out the insurrection.  While there is no political party allegiance in the Oath of Office, the reality is that for many Senate Republicans this vote represents a choice between conscience and career, or you might say, between current reality and future electability.

There is little doubt that the Democrats have 50 votes toward conviction, but a 2/3rd majority is required–so 17 Republican votes are necessary. Perhaps a dozen will cross over, but most GOP politicians eyeing Trump supporters back home are reluctant to convict Trump. His lawyers in a 78-page pretrial brief Monday said the Senate should dismiss the House’s “incitement of insurrection” charge as unconstitutional and unfounded. “This impeachment proceeding was never about seeking justice,” wrote Trump’s lawyers, “Instead, this was only ever a selfish attempt by Democratic leadership in the House to prey upon the feelings of horror and confusion that fell upon all Americans across the entire political spectrum upon seeing the destruction at the Capitol on Jan. 6 by a few hundred people.”

They claim Trump did not urge his followers as an insurrection in a nearly two-hour speech outside the White House: that nothing he said was responsible for the death and violence that followed. It was within his 1st amendment right to free speech, they say. The Democratic impeachment managers (essentially the prosecutors) were also at the scene of the Insurrection when it happened for a ceremonial vote to certify the election of Joseph Biden as the 46th president. Their intent is to establish what they saw and felt was exactly the chaos Trump desired.

An intense video presentation is expected from the House managers to remind everyone of the timeline of 6 January speech starting outside the White House as Trump urged everyone to “fight like hell” at the Capitol against a stolen election. The video will express the fear levels when the marauding pro-Trump mob raced around trashing offices and yelling obscenities. People died as the overwhelmed Capitol Police couldn’t stop them. Politicians were rushed to ”safe rooms” while a seemingly intentional Pentagon delay kept National Guard Troops out of action until it was nearly over.

Trump is the only president impeached twice and the first to face the Senate after leaving office. Republicans, in particular, say he’s gone, so a speedy acquittal is deserved.  Legal scholars, including prominent conservatives, argue the founders never intended to exempt a president. The House impeachment managers, put it this way: “Presidents swear a sacred oath that binds them from their first day in office through their very last,” they wrote. “There is no ‘January Exception’ to the Constitution that allows presidents to abuse power in their final days without accountability.”  They were just as blunt about Mr. Trump’s more substantive defenses: “To call these responses implausible would be an act of charity,” wrote the Democratic impeachment managers.

There is some irony as many of the more than 300 people arrested so far for the attack have stated that they felt President Trump was ordering them to the Capitol the speech that set this in motion on 6 January. At the Republican convention in July he said, “The only way we’re going to lose this election is if the election is rigged, remember that,” frequently tweeting versions of it.

Former President Trump is on his third legal team in this matter, having jettisoned Rudy Giuliani only to have his second choice leave refusing to make Trump’s claims of a rigged election the centerpiece of any defense. Trump’s risk is that a conviction will almost certainly lead to a ban on political office holding ever again. In no way, however, will it end Trumpism as an emotional, if not ideological appeal, for a substantial block of Americans.

Federal law enforcement continues to investigate the pre-January organizational efforts for the March on the Capitol, specifically regarding premeditation and how tied-in any of it was to Trump Organization or Trump campaign entities.