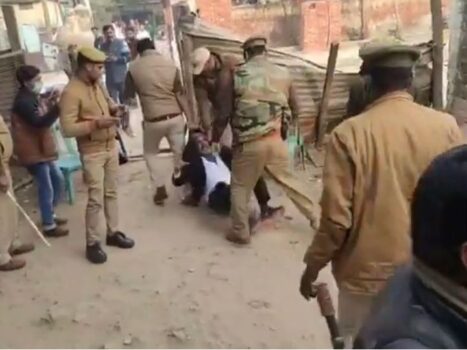 The High Court’s verdicts have strengthened the rule of law and reminded the state government about its constitutional duties to protect people’s fundamental rights and dignity.

The judiciary in India is often regarded as the most sacred of all democratic institutions. Due to the dominant role it plays in public life, the courts also hold the paramount responsibility of shaping democracy and enacting social justice in the public sphere. In view of the coronavirus pandemic this year, the judiciary has had to undergo a radical overhaul in how justice can be accessed.

While most courts have dispensed laudable judgments, those of the Allahabad High Court stand out considering that the state it is located in, Uttar Pradesh, is “bimaru” in more ways than one. It has shown the way forward to the regressive state government with its judgments and provided much needed succour to the people. These verdicts have strengthened the rule of law and reminded the state government about its constitutional duties to protect people’s fundamental rights and dignity.

On February 24, 2020, the Allahabad High Court ordered that “suitable action” be taken against delinquent police officers found to have indulged in “unnecessarily caning” of students of Aligarh Muslim University (AMU) and damaging vehicles during student protests against the Citizenship (Amendment) Act (CAA) in December 2019.

In December 2019, the Court had directed the National Human Rights Commission (NHRC) to probe alleged police violence in AMU during the anti-CAA protests. After the NHRC submitted its report, the Court in February ordered the Yogi Adityanath government to adhere to its recommendations, which included compensation to six students who were grievously injured and identification of policemen “involved in stray incidents of damaging motorcycles and unnecessarily caning the apprehended students which has no bearing on the task of controlling law and order”.

When the anti-CAA protests turned violent in December 2019, the UP administration sprang into action, and followed a zero tolerance policy against those spreading violence. The administration put up hoardings with photographs of those identified from CCTV footage as violators and asked them to pay compensation for the damage caused to public property. The High Court took suo motu cognisance of the case.

The Court said that

“where there is gross negligence on part of public authorities and government, where the law is disobeyed and the public is put to suffering and where the precious values of the constitution are subjected to injuries, a constitutional court can very well take notice of that at its own”.

The High Court held that the hoardings were in violation of Article 21 as they were “an unwarranted interference in privacy of people”. While there are certain provisions empowering the state executive to take the picture of an accused for the purpose of identification and record, the Court said, that too is not open for publication. It also pointed out that no power is available in the Code of Criminal Procedure, 1973, to the police or the administration to display personal records of a person to the public at large.

In another landmark verdict, the Allahabad High Court on September 1, 2020, dropped NSA charges which had been imposed against Dr Kafeel Khan, who was detained for his speech during anti-CAA protests in AMU on December 12, 2019. The Court said that the prosecution could not produce corroborative evidence to show that Khan’s speech promoted any kind of hatred or violence. The division bench, comprising Chief Justice Govind Mathur and Justice Saumitra Dayal Singh, allowed the habeas corpus writ petition filed by the doctor’s mother, Nuzhat Perween, seeking his release claiming that Khan’s speech did not intend to promote any kind of hatred or violence.

“The state authorities have failed to discharge their bounden burden to establish that the lecture delivered by Khan on December 12, 2019, has such a deleterious effect on the public order in Aligarh as had continued to exist up to February 13, 2020, necessitating preventive detention of the detenue on that later date.”

On October 1, 2020, the Lucknow Bench of the Allahabad High Court took suo motu cognisance of the Hathras gangrape case, stating that this is an “extremely sensitive” matter, touching upon the basic human rights of the citizens. Subsequently, the investigation of the case was transferred to the CBI. In this case, a 19-year-old Dalit woman was abducted and gangraped by four men in UP’s Hathras district on September 14. The victim was subjected to brutal torture as her bones were broken and tongue cut off. She passed away on September 29, and was cremated by police officials in the dead of night without the consent of her family.

The bench made strong remarks against the state administration for “infringement upon the human rights of the victim and her family” and asked if it was fair and reasonable to allow the district magistrate to continue at Hathras during pendency of the investigation. On October 12, a bench comprising Justices Pankaj Mithal and Ranjan Roy also questioned the state authorities, additional director general (law and order) and the district magistrate for comments that the girl was not raped.

The CBI has filed a charge sheet before a Special Court in Lucknow in this case. The Lucknow bench of the Allahabad High Court, which is monitoring the case, recently decided to watch audio visual material on the next date of hearing.

In another case relating to the marriage of a Hindu woman to a Muslim man, the High Court reiterated that a person’s right to live with the person of their choice, irrespective of religion, is intrinsic to their right to life and personal liberty guaranteed by the Constitution. A bench comprising Justices Pankaj Naqvi and Vivek Agarwal made the above observations. An FIR was lodged by the woman’s father alleging offences under Sections 363, 366, 352 and 506 of the IPC (kidnapping, abduction for forcing a woman to marry, etc.) and Sections 7 and 8 of the Protection of Children from Sexual Offences Act.

The Court asserted that the matter of religious conversion was irrelevant if both the parties were adults and in a consenting relationship. The right of two adults to stay together cannot be encroached upon by the State. “We fail to understand that if the law permits two persons even of the same sex to live together peacefully then neither any individual nor a family nor even State can have objection to relationship of two major individuals who out of their own free will are living together,” the Court noted.

However, in the November 11 judgment, the two-judge bench noted that the earlier judgments in Smt Noor Jahan Begum @ Anjali Mishra and Another vs State of UP and others and in Priyanshi @ Km Shamren and Others vs State of UP did not lay down the correct law. In the 2014 ruling, the Court asserted that if the alleged conversion was under doubt, a constitutional court was obliged to ascertain the wish and desire of the girls as they were above 18 years.

Then on December 28, the Allahabad High Court took suo motu cognisance of a police attack on Rajendra Sharma, a lawyer in Etah. The case registered in this regard has been listed for hearing before Chief Justice Govind Mathur and Justice Saumitra Dayal Singh. The Court sought a complete report of the incident where Sharma was beaten by the police and his relatives humiliated and harassed. The bench directed the chief judicial magistrate of Etah to inquire into the matter and submit the report on or before the next date of listing.

In another landmark judgment, the Court quashed an FIR against a person for alleging that the “Chief Minister of Uttar Pradesh has transformed the state into a jungle raj in which no law and order prevails”. The Court said that

“expressing dissent on law and order situation in a state is a hallmark of a constitutional liberal democracy like ours, and the same is constitutionally protected under Article 19 of the Constitution (that guarantees right to freedom of speech and expression)”.

In another case, the High Court in Rahmu (Rahmuddin) vs State of UP voiced concerns over the misuse of the Uttar Pradesh Prevention of Cow Slaughter Act, 1955. While granting bail to a man charged under the Act, it was highlighted that the Act was being misused against innocent persons.

In Nand Lal Singh Yadav vs State and Mohan Singh vs State, the Allahabad High Court told the Uttar Pradesh police on at least two occasions that Section 66A of the Information Technology Act had already been declared “unconstitutional”.

So in 2020, the Allahabad High Court passed several orders questioning the Uttar Pradesh government and its functionaries for many of its actions.

The Supreme Court on Monday while hearing the special leave petition of a Maharashtra government official, who is accused of raping a minor girl asked whether he was he was ready to marry the victim.
Read more
news

However, after the court noted that Centre has no role in recruitment of doctors at IHBAS, the court deleted it from the memo of parties.
Read more
India Legal
Did you find apk for android? You can find new Free Android Games and apps.