Prime Minister Narendra Modi and Chief Justice of India NV Ramana have underlined the need to encourage the use of local languages in courts. The courts often rely on translators or Artificial Intelligence tools to translate verdicts. How far has this progressed? 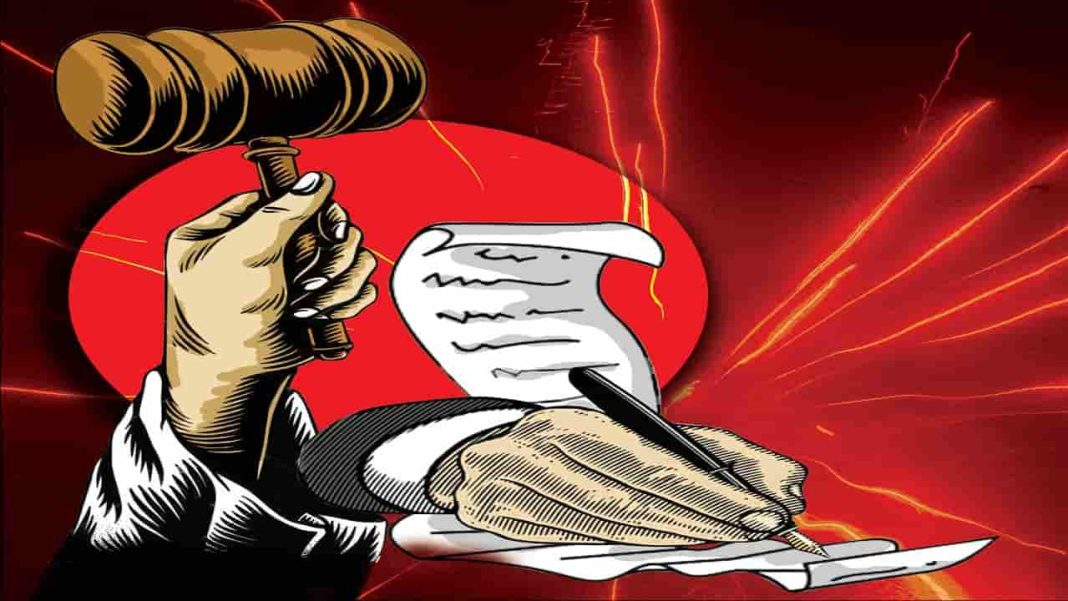 It can now be established that over 450 verdicts of the Supreme Court have been translated into 12 regional languages using Artificial Intelligence (AI) software. Expectedly, Hindi tops the list of translations. Out of the 469 translated judgments, 243 translations are in Hindi while Tamil ranks second with 70. There are 42 translated verdicts in Malayalam, 25 in Marathi, 23 each in Kannada and Oriya, and 19 in Telugu. Verdicts have also been translated into Urdu, Assamese, Punjabi and one in Nepali. An apex court official said on the condition of anonymity that the focus on vernacular languages is more than ever, but like many other functions of the Court, Covid-19 impacted the priority given to the translation project.

While 469 court decisions have been translated since the launch of the ambitious project in August 2018, it was halted during the pandemic and is yet to be revived. Some 86% of the 469 verdicts were translated before the pandemic began, and the last verdict to be translated was in October, last year.

In 2019, the then Chief Justice of India Ranjan Gogoi announced the project to translate judgments. The Supreme Court began by translating verdicts into six languages—Assamese, Hindi, Kannada, Marathi, Odia and Telugu—through an AI platform developed in-house. A committee headed by former Supreme Court judge L Nageswara Rao looked into the working of the AI tools to ensure the translation was seamless.

Court officials said that the verdicts were translated in nine languages had a 90% accuracy rate and the errors were fixed manually before uploading them. They said that the software has also been shared with some High Courts. The eventual goal is to translate the verdicts of the High Courts instantaneously to ensure litigants save time and cost while making an appeal before the apex court.

The project to translate select verdicts of the courts to regional languages was mooted after President Ram Nath Kovind in October 2017 suggested that translations of judgments must be made available to litigants. The president had said, while speaking at the Diamond Jubilee Celebrations of the Kerala High Court, that it is important to not only take justice to the people, but also to make it understandable to litigating parties in a language they know. He said that High Courts deliver judgments in English, but we are a country of diverse languages.

SUVAS (Supreme Court Vidhik Anuvaad Software) is an artificial intelligence system that can help with the translation of court decisions into regional dialects. This is thought to be another historic initiative to improve access to justice.

Recently, Union Law Minister Kiren Rijiju had said that for implementing phase two of the eCourts project, there is a need to adopt new, cutting-edge technologies of Machine Learning (ML) and AI to increase the efficiency of the justice delivery system.

Many aspects of people’s lives are being transformed by technology. Disruptive technology is generating better accountability and shortening the time of litigation in the legal profession as well.

SA Bobde, former chief justice of India, had envisioned the employment of AI in the judiciary. He had expressed happiness at the introduction of the Supreme Court Portal for Court Efficiency Assistance (SUPACE).

AI is a mechanism through which computers are programmed to undertake tasks which historically required human intelligence. ML, pattern recognition, big data, neural networks, self-algorithms, and other technologies are all part of it. AI entails difficult tasks, such as giving certain data to a machine and having it react to various scenarios. It can assist in the completion of a work in a matter of minutes.

ML is a sort of AI that allows software applications to improve their accuracy at predicting outcomes without having to be explicitly programmed to do so. In order to predict new output values, ML algorithms utilise historical data as input.

AI’s expanding effect may be seen in  a variety of areas, including IT, farming, manufacturing, and customer service. Although the Indian legal industry has been slower to adapt to technology, it has seen several changes.

According to the National Judicial Data Grid, over three crore cases are pending at the district and taluka levels, with over 58 lakh cases still pending at the High Courts. According to specialists, such pending cases have a knock-on effect that lowers the effectiveness of the judiciary and, as a result, people’s access to justice.

The IBM Watson-powered robot “ROSS”, which used a unique approach of mining data and identifying trends and patterns in the law to address research issues, was the first worldwide player to attempt to apply AI for legal reasons. Surprisingly, the area most affected will not be the litigation process or arbitration proceedings, but rather the back-end work for litigation and arbitration reasons, such as research, data storage and use, and so on.

AI proponents argue that technology enables the digitization of data and the integration of diverse data sources, some physical and some digital to create a mine of information in the aggregate. The Community Justice and Tribunals System of Future Courts in Singapore, the Data Analytics and Research Department strengthening data analytics capabilities, and Online Dispute Resolution in the United Kingdom are just a few examples.

According to specialists, while technology innovation will help lawyers perform legal research in an efficient andtimely manner, it will also help them handle the issue of significant pendency. As a result, AI software-enabled lawyers will be able to focus more on counselling clients and taking on complex issues/cases.

Most AI software can keep track of the work that is being done, which aids lawyers and businesses in creating invoices for the work they have completed. This enables a new degree of transparency in the work that is being done, which benefits lawyers/firms, clients, and auditing authorities. According to a report on a website, AI systems can tackle more complicated problems in a matter of minutes. It can assist lawyers in narrowing down cases that are relevant to them without the use of tangible papers or search engine websites. The usage of technology for e-filing and virtual hearings has increased dramatically during the Covid-19 outbreak.

There are also questions about the character of an AI’s ethics. A point raised was that the AI software does not have a consciousness of its own. While it thinks before acting, the output is totally programmed, and there is always a question of trustworthiness because AI systems must have a clear ethical goal as well as be technically strong and reliable.