Forest rangers: Sitting ducks for poachers for too long

Responsible for protecting flora, fauna and the entire natural ecosystem, the rangers are a pitiable lot. Unarmed, untrained, they face poachers’ and encroachers’ superior firepower and even get ensnared in long legal tangles when they are forced to use their own firearms in self-defence. An analysis. 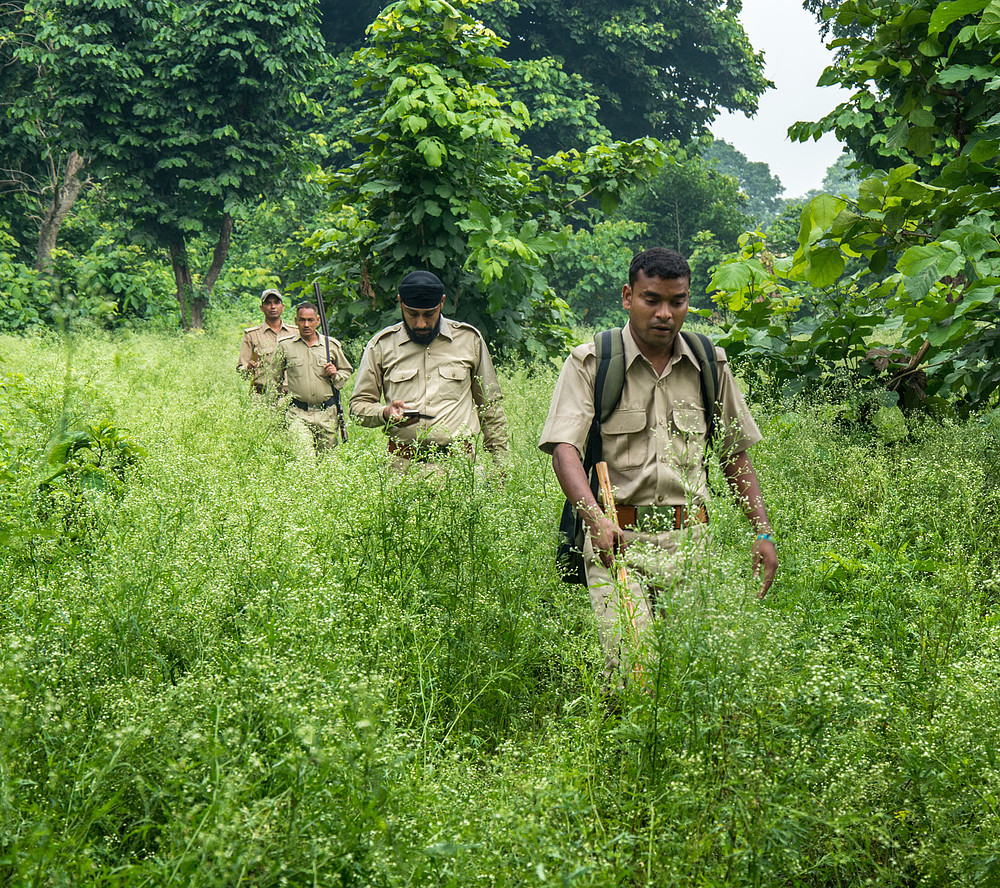 The Supreme Court, in a recent case, TN Godavarman Thirumulpad, expressed serious concern over the safety and security of forest rangers. As per Article 48A part IV of the Constitution of India, it is the duty of the state to safeguard forests and wildlife of India which can only be done by protecting the officials who are protecting the forests. As per Article 51A(g) of the Constitution, it is the fundamental duty of every citizen to protect wildlife and forests.

Since it is the responsibility of every state and Union Territory to protect forests and forest officers within its jurisdiction, the respective states enact forest protection legislation for their forest departments, etc.

Before progressing further, one needs to examine the settled position as per the Constitution of India.

Forests fall in Schedule VII List-III (Concurrent List) entry 17A of the Constitution. Subjects enumerated in this List fall within the domain of both the Union and the state. It is also a settled legal proposition that primacy always rests with the Union on such subjects on the Concurrent List, which is List-III. Therefore, the Union of India should also extend equal support to the state governments to enable them to protect the forests, forest officers and the spirit of the Constitution.

One must also understand the scope of work of a forest ranger, the challenge which he faces and the need for a practical solution for those challenges. The spirit of the Constitution is always protected by the person who is working at ground zero, such as rangers protecting the forest with their men deep in the woods.

A forest ranger virtually acts like a captain or platoon commandant in any force and is dutybound to keep patrolling deep inside the forest, mostly at odd hours. The nature of work includes stopping all illegal activity by armed mafia and criminals who use advanced assault rifles, equipment and the latest off-road vehicles in the forest, at any time of day. Illegal activities include animal poaching, smuggling of wood and other forest produce, illegal mining, etc.

Under a forest ranger, as sanctioned by some of the state governments, there are four or five foresters (or sub inspectors) and eight to ten forest guards (constables). This thin “force” has a huge area under its watch.

In many states, the forest department’s touring team does not have the status of a force. This means that the forest officer and his men cannot be provided with proper arms, ammunition and equipment as required. A patrolling party may have just one rifle and a little ammunition, provided by the government. A forester may also have a private double barrel gun for his own protection. If one considers the arms and equipment that poachers and illegal loggers carry, this “force” is no match.

There is always a severe shortage of staff in forest departments of all states. This means that most of the patrolling has to be carried out with approximately half of the sanctioned strength. And even with that reduced force, the patrolling party must depute one or two forest guards in sensitive areas at all times, which further depletes the patrolling strength. There is also a shortage of vehicles for forest officials. Even if a vehicle is provided, more often than not, it is found unsuitable for patrolling difficult forest terrain or for chasing poachers across such terrain.

Then, there are legal problems. When, under these severely constrained circumstances, self-defence becomes an urgent issue, some forest officers are forced to discharge their duties using personal arms. Poachers take this opportunity and register criminal cases against the officers, who land in years of litigation. Technically, in the absence of sanctioned arms, the forest officer and his men are left completely defenceless in the face of armed to the teeth poachers. Deaths of forest officers are not rare, being brutally killed by poachers, before they disappear into the deep woods. Not only is the forest department handicapped in the absence of arms and transport, a counter-strike would be potentially dangerous because it does not even enjoy any immunity as available to the police, reserve police force, paramilitary or the army, provided under the Code of Criminal Procedure or Indian Penal Code.

The best description of a forest officer’s “force” would be a rag tag army. There are no organised training centres, no shooting ranges to practise at, no arms and ammunition depot, no proper maintenance of even the existing limited resources available, etc.

Many state governments try to circumvent these lacunae by allocating to their forest department arms, ammunition, vehicles and other essential equipment that has been discarded by the army, paramilitary, or state police. This step-motherly treatment goes against the basic responsibility of the state to provide adequate safety for its forest officials. Such band-aid remedies are dangerous for the safety of officers in the forest. Most arms and ammunition are discarded for a reason. Those are the reasons that will also get the forest officer and others into grave danger in the face of armed poachers. A funds crunch does not translate into substandard equipment for a government department that protects our future. No department should be allowed to use such supplies discarded by another department or force.

Every state forest is divided into ranges, with each range covering areas equivalent to one or even two tehsils in a district. In some cases, a forest range can be equivalent to a district. This is the extent of land mass that has to be covered by the officer and his men, often on foot, in the absence of proper vehicles. Also, there are no official Standard Operation Procedures (SOP) for the forest officer, as exist in other forces. The foot soldiers in deep forest areas are, therefore, always at great risk.

There is another administrative lag. The head of the forest department, the forest secretary, is an officer from the Indian Administrative Service. This happens, despite the Indian Forest Service being a separate service and an organised cadre. With an IAS officer heading the department, several serious shortcomings remain in the policy-making of the forest department. IAS officers, expectedly, lack practical experience and ground realities of the duty of forest rangers and officials. Policy decisions always fall short of requirements.

As per the 2019 report of the Forest Survey of India, forest cover is the total geographical area declared as forest by the government. As of 2019, the total forest cover in India was 7,12,249 sqkm (71.22 million hectares), which is 21.67 percent of the total geographical area. It is not possible for the states to protect such a huge area with such limited departmental strength and facilities.

Material assistance apart, legal assistance is essential for the forest department. Officers need to be protected from criminal prosecution if they have used arms for discharging their official duties. Forest rangers have a right to private defence while discharging their duties in preventing illegal activities in the forest area. Since these clashes take place in the deep woods, in many cases there is no eyewitness to the incident. At the same time, most of the witnesses are of the prosecution and the accused themselves.

In an interesting case, Sukumaran vs State Represented by Inspector of Police (2019) 15 SCC 117, a forest ranger, along with the patrolling party, was charged with exceeding in the use of lethal weapons for defence. The sessions court convicted the ranger and the patrolling party under Section 302 of IPC. The High Court converted the sentence to Section 304 Part II of IPC and only the Supreme Court acquitted the forest ranger and party, holding that they have the right to private defence and in no manner did the ranger and his party exceed the right. The Court observed that the deceased had firearms and was roaming in the forest early in the morning with a group. The accused group started pelting stones and opened fire on the forest ranger and his party when they suddenly encountered them.

Imagine the above case in a scenario with the forest ranger and his untrained party, unarmed and with a second-hand vehicle or no vehicle. Also imagine the fate of this untrained force, when it suddenly comes face to face with criminals wielding latest weapons and advanced getaway cars. The incident would have led to major casualties among forest officials. In the above case, the forest officials faced prolonged litigation, because the department has still not been recognised as a force. It requires little imagination to step into the shoes of the forest officers to realise the immense danger they go through, day after day. The changes required are huge, and there is need for a holistic approach to the issue. In absence of this, neither the spirit of the Constitution nor the lives of the protectors of the Constitution can be protected.

—The writer is an Advocate-on-Record, Supreme Court of India