Justice Surinder Singh Nijjar: A star of the bar and bench

The former judge of the Supreme Court, who passed away on March 26, 2021, will be remembered for his politeness and persuasive delivery at the Bar and compassion and fairness on the Bench. 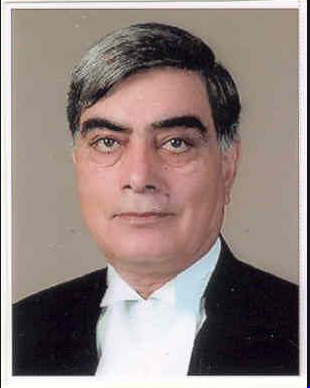 The angel who took Surinder Nijjar to the pinnacle of the Bar, and then to the Bench, carried him to the Divine Court at the end of life’s long journey, lived with aplomb and style.

After early years in village Bhar Singhpur near Phillaur, in rural Punjab, Surinder left the shores of India with his family at the tender age of 12. The Nijjar family had moved to Leeds in Yorkshire where Surinder received school education. He went on to study law at the University of London, was awarded LL.B. in 1972, and called to the Bar from the Middle Temple in 1975. Later, Justice Surinder Nijjar was elected Master Bencher of the Honourable Society of the Middle Temple in 2011, a great honour for an Indian judge.

I had a long friendship with Surinder going back to the time I was a young lawyer in 1977 and he, an idealistic barrister who returned to his native land, armed with high qualifications, and determined to make a new life in Chandigarh. Our friendship grew and we would often while away many convivial evenings in the company of other lawyer friends: Justice Harry Bedi, Mac Sarin, Kavi Tulsi and Sarup Singh. For a short while, Surinder returned to England, but returned in 1979 and became an associate of Justice Kuldip Singh, who in those days was at the peak of his illustrious career at the Bar.

The manner in which the legal profession has developed in India leaves little or no room for barristers. The profession is now technology driven. Training in professional courtesy, ethics, and conduct has little or no value. Juniors are smart and computer-savvy law graduates who do not feel it necessary to imbibe the great traditions of the Bar. This was not so in the seventies. The strength of the Punjab & Haryana High Court Bar was no more than 400 lawyers. There was no crush in courts, judges were patient, but impatient if you were unprepared or displayed ignorance. In such a milieu, a young barrister fresh from England stood out, but he still had to work hard. There were about half a dozen barristers at the Bar. Surinder quickly made a mark and rose in the profession.

Surinder found his life’s partner in Rani and they were married in March 1979 at Ludhiana. For some reason, I couldn’t attend the wedding, but my father was a member of the marriage party. As Surinder and my father shared birthdays, June 7, they became close life-long friends and Surinder became a part of our family.

In the summer of 1984, when turmoil raged in Punjab, my wife (then at Oxford) and I, with our young children, were hosted by the Nijjars for a weekend at Leeds. Both our families were driven around by Surinder through the Lake District, Yorkshire moors and sea-side resorts, stopping at pubs along the way, munching fish and chips. A year or so later, I was to leave the Bar to join judicial service at Amritsar, while Surinder went on to be designated a Senior Advocate at the age of 40 and elevated to the Bench after seven years.

Surinder Nijjar was immaculate in manner and dress. His respect for others and politeness were his strong points. His command of the language and persuasive delivery made him a formidable opponent at the Bar. Justice Surinder Singh Nijjar sat on the bench of the Bombay High Court for four years, Punjab & Haryana High Court for seven and Calcutta High Court as chief justice for two and half. Justice Nijjar was elevated to the Supreme Court in November 2009, where he played a prominent role in developing arbitration jurisprudence, and served till June 2014.

Justice Surinder Singh Nijjar shall be remembered by all who came in contact with him during his days at the Bar and long innings on the Bench at Chandigarh, Mumbai, Kolkata and New Delhi. Justice Nijjar had wide experience as a lawyer and judge. He served the judiciary with distinction and emerged with flying colours.