In the plea, Singh has sought the complete report of Rashmi Shukla, the Commissioner, State Intelligence Department and the CCTV footage of Deshmukh's residence be handed over to an independent agency to prevent damage or destruction to it. 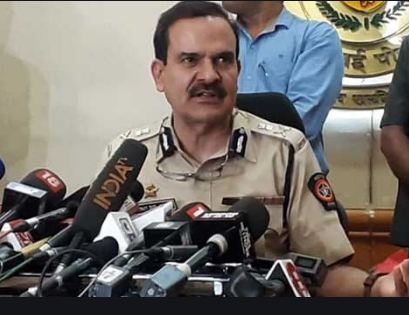 Advocate Vikram Nankani, appearing for Singh, on Tuesday mentioned the matter before the division bench of Chief Justice Dipankar Dutta and Justice G.S. Kulkarni. The court said that the plea will be heard on Wednesday. The plea seeks an immediate, unbiased, uninfluenced impartial and fair investigation under Article 226 of the Constitution against the various corrupt malpractices of Anil Deshmukh.

Advocate Nankani said senior advocate Mukul Rohatgi, who represented Param Bir Singh, in Supreme Court is keen to address the court but it could be possible only if the hearing is done in hybrid mode, which allows both physical hearing and video conferencing. On the request, the court said, “We have received several recommendations for hybrid hearing but we have not yet decided. We will take a call when experts tell us.” The bench will be taking a decision on hybrid hearing at the end of this week. Nankani said he will argue the case for Param Bir Singh if hybrid hearing is not allowed.

Last week, Singh had moved the Supreme Court seeking a direction for an immediate unbiased, uninfluenced, impartial and fair CBI probe into Deshmukh’s alleged malpractices. Later, the Apex Court allowed Singh to withdraw his plea and granted liberty to approach the Bombay High Court with his grievances. The Supreme Court had agreed that though the matter is quite serious, the petitioner should first approach the Bombay High Court.

In the plea, Singh has sought the complete report of Rashmi Shukla, the Commissioner, State Intelligence Department. The former Mumbai Police top cop also sought that the CCTV footage at Deshmukh’s residence be handed over to an independent agency to prevent damage or destruction to it.

Apart from the inquiry, Singh sought the quashing of the order transferring him from the post of Mumbai Commissioner of Police alleging it to be arbitrary and illegal.

In his petition, Singh submitted that Deshmukh had been holding meetings in February 2021 at his residence with police officers including Sachin Vaze of the Crime Intelligence Unit, Mumbai and Sanjay Patil, ACP, Social Service Branch, Mumbai, bypassing their seniors and had instructed them that he had a target to accumulate Rs 100 crore every month from bars and restaurants and other sources.

Did you find apk for android? You can find new Free Android Games and apps.
Share
Facebook
Twitter
Pinterest
WhatsApp
Previous articleJustice Surinder Singh Nijjar: A star of the bar and bench
Next articleDelhi HC directs AIIMS to form panel to examine woman seeking abortion in view of complications