Of the thousands of workers laid-off by Elon Musk, about 70% are thought to be Indians on H-1B immigration to work visas. Under the current and complicated regulations in the US, someone working here on an H-1B visa has 60 days to find another H-1B position or must leave the US. Dealing with US immigration is neither quick nor easy. 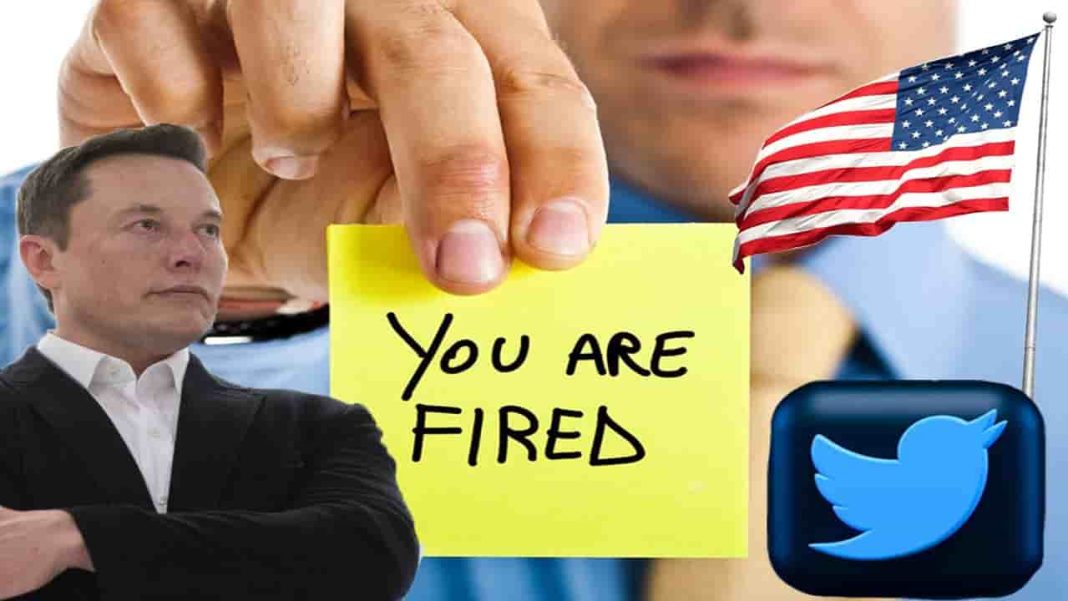 The management—if not the future—of Twitter seems to have flown into some severe headwinds under the new owner, Elon Musk, primarily famous for his Tesla electric vehicles. In about ten days of ownership after buying the social networking application for about 44 billion US dollars, he has fired thousands of employees and gotten involved in political issues. This is not good news for either users or former employees in the US or India. Some social media commentors suggest he’ll sell it at a considerable loss before the year ends in six weeks. Of the thousands of laid-off workers, about 70% are thought to be Indians on H-1B immigration to work visas. Under the current and complicated regulations in the US, someone working here on an H-1B visa has 60 days to find another H-1B position or must leave the US. Dealing with US immigration is neither quick nor easy.

There are several side issues in this. Unless you have a written employment contract, the law in the US ordinarily considers H-1B and other employment to be “at will,” meaning the employer has the right to end employment for lawful reasons at any time. Even if your employer was forced to let you go for reasons that had nothing to do with your work performance, your employer is legally obligated to inform USCIS that you are no longer working there. The disadvantage is obvious because your lawful status is based on, and therefore dependent upon, your employment status regardless of how long and how established you are as a US resident, perhaps with a family.

However, you also have the right to be treated like any US citizen-employee regarding your company’s employment-termination procedures. For example, if your company provides severance packages to its employees, you are entitled to this benefit. Once you cease to be employed, you have a maximum 60-day grace period to either get another employer to sponsor you for H-1B employment, or arrange for another visa status allowing you to stay in the US, or make plans to head home. Tech employers are cutting staff in many areas, fearing a downturn in profitability. This will impact hundreds of thousands of Indian families who need transfer payments from relatives working in the US.

The way Musk went about the firings seemed ill-thought-out, and another issue demonstrated a lack of planning—the blue check policy. Authenticated Twitter users carried a blue check to show they had been verified by the company. Suddenly, the new billionaire owner declared, “power to the people!” Then began allowing all, regardless of their identity, to obtain a blue check if they paid $8. Hundreds of people paid for blue check marks under fake company names. Feeling it this week was the American pharmaceutical giant Eli Lilly. A fake tweet last Thursday said: “We are excited to announce insulin is free now.”

According to The Washington Post, “Inside the real Eli Lilly, the fake sparked a panic, according to two people familiar with the matter who spoke on condition of anonymity because they were not authorized to speak publicly. Company officials scrambled to contact Twitter representatives and demanded they kill the viral spoof, worried it could undermine their Brand’s reputation or push false claims about people’s medicine. Twitter, its staffing cut in half, did not react for hours.”

The new $8 Twitter blue check had debuted the day before without the verification procedure. Users started to take advantage almost immediately with fake accounts impersonating politicians and celebrities. Eli Lilly is one of the world’s largest pharmaceutical firms and has an obvious Twitter presence. Now, it and dozens of other users and advertisers will question the sanity of using this public interface with social media.

Amy O’Connor, a former senior communications official at Eli Lilly, who now works at a trade association, says: “For $8, they are potentially losing out on millions of dollars in ad revenue. What’s the benefit to a company… of staying on Twitter? It’s not worth the risk when patient trust and health are on the line.”

The Washington Post adds: “The sudden shift, however, has decimated some of the last lingering bits of trust among advertisers in the platform,” said Jenna Golden, who ran Twitter’s political and advocacy ad-sales team until 2017 and now runs Golden Strategies, a DC consulting firm.

Twitter, she said, has never been a “must buy” for advertisers. Though a popular way to reach influential political figures and news junkies, it has never had the scale and performance of digital juggernauts like Google and Facebook. Now, with its verification system in shreds, “it’s making it really easy for advertisers to say: ‘You know what, I don’t need to be here anymore,’ and walk away,” Golden said. “People are not just providing inaccurate information, but damaging information, with the ability to look legitimate. That is just not a stable place for a brand to invest,” she added.

Over time, it has become clear that Musk’s sense of himself does not work. As fake accounts multiplied, Musk responded to a sexually explicit tweet from a fake President Biden with two cry-laughing emoji and tweeted that Twitter users had “shared some epically funny tweets.” Hubris is defined as “excessive pride or self-confidence: the self-assured hubris among economists was shaken in the late 1980s. (In Greek tragedy) excessive pride toward or defiance of the gods, leading to nemesis.