In the global struggle between autocracy and democracy as a governing philosophy, the US mid-term elections ended badly for those expecting to reinstate Donald Trump as the president in 2024. The blame for the stunning Republican setback rests on multiple issues. 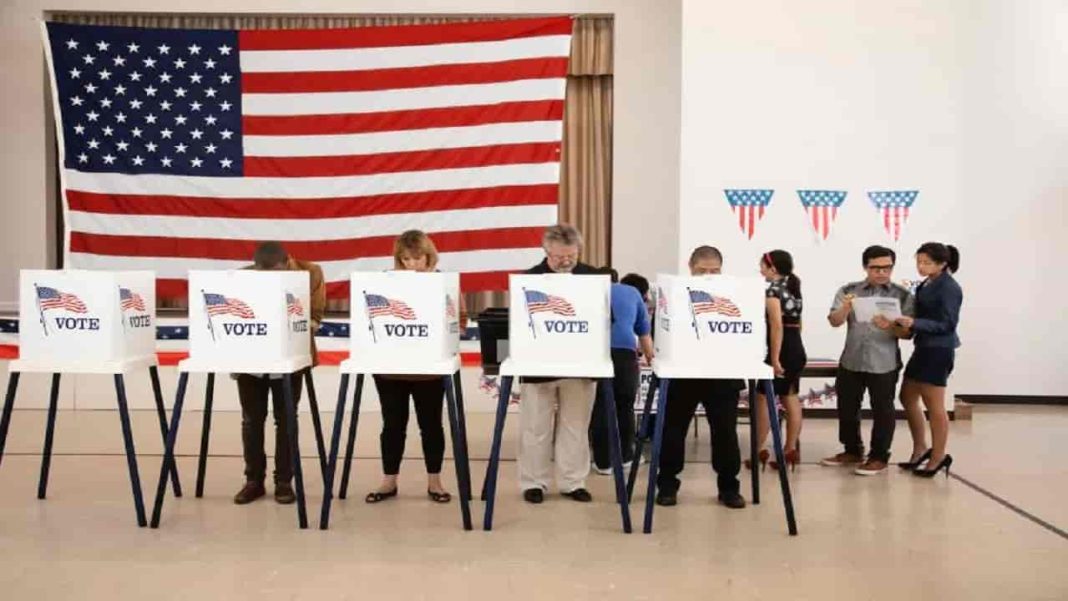 Back in June, Donald Trump’s loyalists celebrated when the US Supreme Court flexed its 6-3 ideological majority to revoke the settled abortion law. As president, Trump had demanded an end to the 50-year-old abortion ruling and he took credit for this since the three conservative justices he had appointed dramatically shifted the Court to the right. Now, six months later, women, men and younger adults from all political and economic strata told the Republican Party just how wrong they were. The “red wave” election predicted by pollsters and mainstream media merely reflected the well-oiled Republican propaganda machine. What pundits and pollsters disregarded, however, was that abortion, election denialism and the endless conspiracy theories had melded together, perceived by many as Republican extremism larger and more dangerous than the sum of its parts.

The steady attacks on democracy from the Republicans over the last few years and now the removal of a national legal right have encouraged independents and Democrats to view the current political climate as speeding up a descent towards fascism. Blaming inflation on President Joe Biden, while offering no solution, did not give the Republicans the traction that they expected. Down ballot races reflected this also, as all the Republicans vying in swing states to be Secretary of State—a job that controls election administration—lost their races. The USA has no national election apparatus, each state administers and regulates state and federal elections in accordance with general federal guidelines.

Only Republican JD Vance in Ohio, one of several celebrity candidates recruited by Trump, managed to win a Senate seat. In Arizona, Pennsylvania and Nevada, experienced politicians beat “famous” candidates. Democrats now control the US Senate. The outcome in the 435-member House of Representatives is undecided pending final vote tallies in about eight races. Republicans are favoured to pick up a four-five vote majority there. To the frustration of progressive Democrats, several House seats in New York State were lost by moderate Democrats to Republicans. The final Senate seat will be decided in Georgia in a run-off election. Controversial former football star Hershel Walker, a Trump acolyte, who does not live in Georgia, trailed incumbent Senator Rafael Warnock, pastor of the church once led by the late Dr Martin Luther King. Regardless of that outcome, with 50 votes and the vice-president’s role in breaking ties, the Democrats control the 100-seat Senate. Yet, greater “majority control” comes with 51 seats. Republican voting enthusiasm for another election may be diminished, giving Warnock a more significant edge than he initially had. Georgia law requires  50.1% of all votes to win. In this Senate contest, a third party candidate received 5% of the vote thus leaving Warnock and Walker, both in the high 40’s, short of the threshold.

Historically, the party controlling the presidency does poorly in the mid-term elections. A super majority in Congress might guarantee passage of critical legislation, yet, this simple Senate majority is a vital lifeline for President Joe Biden. Senate control gives Biden a critical guardrail against Republican House excesses, leaving Democrats in control of judicial nominees, while protecting against any impeachment efforts promised by the most right-wing House members. With four-five votes giving Republicans majority control of the House of Representatives, they select the legislative boss, the Speaker of the House. They can also make a lot of noise, investigating issues related to Hunter Biden, or anything they desire, hoping to generally obstruct. The GOP cannot accomplish much in legislation they desire, because a Democratic Senate can block bills which require both sides of Congress to agree. The lame duck House in office for another month with nominal Democratic control will attempt to get a debt ceiling adjustment done before January.

Former president Donald Trump was said to be outraged at the results as he announced his nomination for the 2024 presidential election mainly because he loves the adoration that rallies bestow and which devoted voters encourage with generous contributions. A Conservative Republican since his high school days told this reporter: “Trump did some good things, but it’s time for him to disappear. No good comes from talking about the past. We need to talk about tomorrow.” A sentiment growing in some Republican households, but not likely to disappear from the devoted MAGA followers. Comedian Dave Chapelle explained that Trump was an honest liar and that was part of his appeal. When Trump said he knew that American capitalism was rigged because he uses that rigging to get ahead, “which made him appear as an honest liar,” said Chappelle.

Elections in America are never synchronous, different political offices are up for election at different dates and each level of governance uses different election cycles. Gubernatorial elections this year involve 36 of the 50 states decided by election. Democrats now control 23 state leadership offices gaining one, and Republicans control 25, with two races undecided. Two Lesbian women were elected on the East and West coast and Maryland selected its first black governor—all three are Democrats. The Republicans found plenty to explain what happened, focusing on inexperienced candidates making rookie mistakes. Others privately called for an audit of how the National Republican Senatorial Committee raised and spent money under chairman Sen. Rick Scott, a Floridian whose company defrauded the public health programme, Medicare, and paid millions in fines, all before he went into politics.

Several strategists say that Trump’s imprint on the Senate and House races hurt more than it helped and raises serious questions about his viability as a presidential candidate in 2024. “How could you look at these results and conclude Trump has any chance of winning a national election in 2024?” tweeted Scott Jennings, a Republican strategist who has advised Senate Minority Leader Mitch McConnell’s past campaigns.

A very happy President Biden said: “It was a good day I think for democracy…the overwhelming majority of the American people support the elements of my economic agenda—from rebuilding America’s roads and bridges; to lowering prescription drug costs; to a historic investment in tackling the climate crisis; to making sure that large corporations begin to pay their fair share in taxes.”

An honest comment came from Texas Sen. Ted Cruz, a Republican and persistent Biden critic, who was questioned about the shortfall of success on a Fox News Channel interview: “Why did Democrats do better than expected? Because they have governed as liberals.” Perhaps people prefer a government that tries to work for everyone and not just those at the top of the economic ladder.

American political coverage is going to require a more perceptive journalistic effort and an acceptance that polling is too easily “gamed”. Billions of dollars were spent by both sides in this election, money that could have done more good if used elsewhere with precision rather than trying to convince voters. As it was, less than a third of the number of registered voters actually voted in this mid-term compared to 2018’s mid-term, when 66 million voted. In the presidential election of 2020, a total of 154 million people voted, with Biden getting 7 million more votes than Trump received.

Trump put it this way: “Well, I think if they [Republicans] win, I should get all the credit. And if they lose, I should not be blamed at all. But it will probably be just the opposite.” And it is!