The Plot to Kill Democracy

Two televised hearings emphasized the pressure that the Donald Trump administration applied on state and federal officials to announce fraud to back up his position that he had won the 2020 elections. It is typical Trump, but the damage done to American democracy still endures 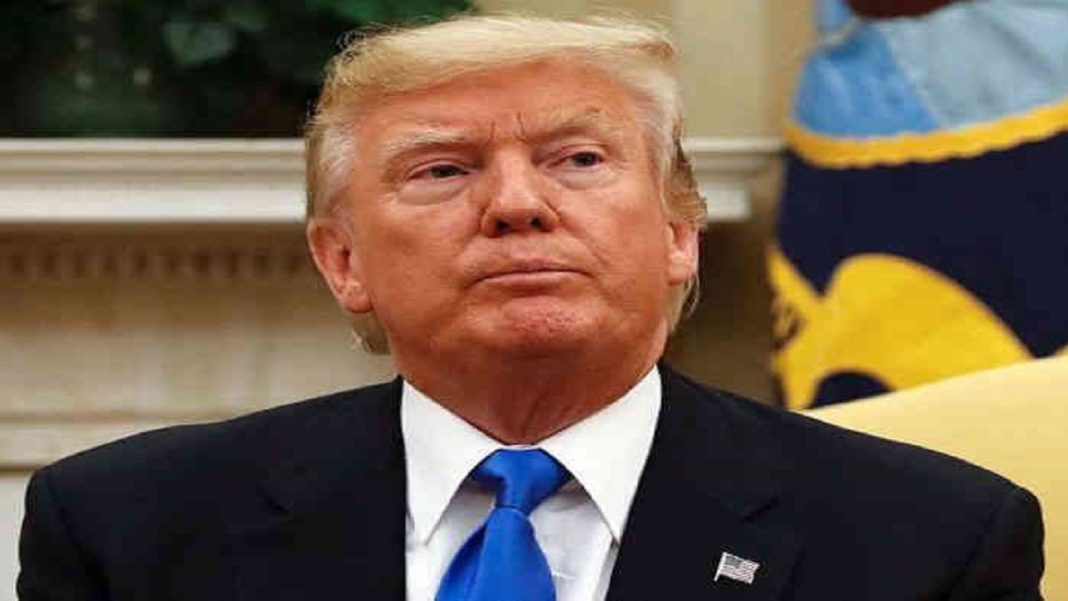 While campaigning in 2016, Donald Trump had told a rally in Iowa: “I could stand in the middle of 5th Avenue and shoot somebody and I wouldn’t lose voters.” Trump’s comments came amid several highly publicized mass shootings. Mass shootings and gun violence are an American addiction and still continue. But Trump faces a criminal indictment for the plot to shoot the Constitution to kill Democracy, a nearly 250-year-old foundational principle of the United States of America. The Congressional inquiry into the January 6 riots on Capitol Hill also heard that US government lawyers threatened to quit as then President Donald Trump hounded them almost daily to help overturn his 2020 election defeat. Justice department officials said they told Trump  there was zero evidence for his claims of mass voter fraud. The attorneys also testified that the president’s plan to reverse his loss in key states was “a murder-suicide pact”. The panel is investigating last year’s US Capitol riot as an attempted coup.

The House of Representatives’ select committee is seeking to build a case that Trump’s efforts to stay in power in the lead-up to the violent raid by a horde of his supporters on Congress on January 6, 2021, amounted to illegal conduct.

Trump, a Republican, has described the inquiry as a “kangaroo court” designed to distract Americans from the “disaster” of Democratic-led governance and spiralling inflation ahead of November’s mid-term elections. Two televised House Committee hearings, which concluded last week, emphasized the pressure that the Trump administration applied to state and federal officials. It was pure Trump.

As unchallenged boss of all things at his real estate business, Trump was unprepared for the consensus management necessary, given the Constitutional constraints of government with three co-equal branches. Every federal employee swears allegiance to the Constitution, not the president.

Trump can direct the 15 cabinet level agencies that help run the nation, except for the Department of Justice (DOJ) which is different by design. While the Attorney General is in the cabinet, there is independence to manage what is the national government’s law office, not the president’s lawyer.

As president, Trump treated his AGs—he had four—as if they were his consigliere, the way criminal mob bosses trust a smart guy to get things done. For example, William Barr was extremely helpful to Trump in redacting and mischaracterizing the Mueller Probe report into Trump misdeeds that led to his first impeachment trial. In these hearings, Barr has been critical of Trump’s behaviour regarding the lost election. Jeffrey Rosen became acting AG when Barr left his post on December 23, 2020.

Three DOJ witnesses said they were subjected to intense pressure from Trump to announce fraud to back up his position. They said multiple contention meetings took place, with Trump always insisting there was fraud. A justice department lawyer, named Jeffrey Clark, was suggested to Trump as a suitable replacement for Rosen. This was arranged by Scott Perry, a former Army officer, now a Congressman from Pennsylvania. It took a stark Oval Office meeting by Rosen and his associate, Richard Donoghue, to convince Trump not to appoint Clark because senior depart­ment leadership would resign in protest.

Trump dominates Republican voters and politicians against any realities offered by former officials of his administration. At rallies and on social media, the ex-president rages that this is a witch hunt, repeating the lie that he won the election. Not exactly a surprise from a man who insists that the proper response to losing is to “get even”. Judging from official Republican response, all of these hearings amount to a “no­thing burger.”

The five hearings held so far have been a textbook example of how to autopsy a crime, carefully connecting the protagonist, plot, pain and violence involved. The Committee believes it has shown Trump was intimately involved in multiple layers of the Big Lie and Capitol demonstration planning. However, US Congressional committees don’t have prosecutorial power. The Committee’s evidence, now gets added to the Justice Department probe to decide on prosecutions. However, trials related to the individuals arrested for invading the Capitol have resulted in many convictions and jail sentences. There are hundreds yet to be tried.

The Committee’s conclusion is that if Trump was psychologically unprepared to lose, he was prepared to mastermind a planned, if not well thought-out, effort to overturn Joseph Biden’s victory. Trump’s malignant battle was fought in multiple states because national elections are administered by state election systems. Unlike India and most nations, big and small, the USA does not have a national election commission enforcing the same rules and procedures across 50 states for approximately 175,000,000 voters.

“The eyes do not see what the mind does not want”, is a proverb in India and elsewhere that certainly describes the behaviour of Republican politicians and Trump supporters. Thomas M Nichols writes: “Living in an alternate reality is unhealthy and dangerous…. The Trump superfans are terrified of being wrong. I suspect they know that for many years they’ve made a terrible mistake—that Trump and his coterie took them to the cleaners and the cognitive dissonance is now rising to ear-splitting, chest-constricting levels. Nichols is an American writer on international affairs and a retired professor at the US Naval War College.

Cognitive dissonance means more than 100 Republican candidates who claim to believe the Big Lie have winning nominations or advancing to run-offs for the November 2022 election. “The president’s lie was and is a dangerous cancer on the body politic,” said committee member Rep. Adam Schiff describing how Trump pressured state officials to overturn results. The Big Lie scheme was planned before the election in case the GOP lost. Team Trump lost nearly 60 court cases on this fraud issue. Then the plan changed to send the results back to Republican controlled states to be “recertified”. This needed Vice-President Mike Pence’s assistance, which he refused to provide. A text message in evidence indicated that the Trump campaign was prepared to use fraudulent election certificates, knowing they were not state-certified to obstruct the Congressional certification of Biden’s win to reverse his defeat.

Trump believed pollsters who told him he’d win Arizona and Georgia. After losing in Georgia, Trump lashed out, demanding in a recorded phone call that Georgia’s secretary of state find the votes he needed. At the hearing, Georgia officials detailed the methodical way they recounted, and analyzed returns and voting patterns, remaining confident there was no rigging. However, post-election, this had made no difference to Trump supporters. An election worker wrongly attacked in Georgia testified that threats to her safety were overwhelming. Wandrea “Shaye” Moss said: “It’s turned my life upside down. I no longer give out my business card. I don’t transfer calls…I just don’t do nothing anymore. I don’t want to go anywhere. I second guess everything that I do.” Both Moss and her mother, along with all the permanent workers in the Atlanta Georgia counting venue, have had to quit their jobs because of harassment.

Georgia secretary of State Brad Raffensperger was more specific. He said: “My email, my cellphone was doxed and I was getting texts all over the country and then eventually my wife started getting texts. Hers typically came in as sexualized texts which were disgusting… They started going after her I think just to probably put pressure on me: ‘Why don’t you quit and walk away’.”

Georgia re-elected Raffensperger this year, but the Republican controlled le­gislature transferred control of the election machinery to itself with the power to nullify districts if it questions results.

Just before Rusty Bowers, the speaker of the Arizona House of Representatives, testified, the ex-president claimed Bowers told him: “The election was rigged and I won Arizona.” Bowers, a Republican who had voted for Trump, told the Committee that this was false: “Anyone, anywhere, anytime I said the election was rigged, that would not be true.”

Trump’s lawyers, Rudy Giuliani, Jenna Ellis and John Eastman pressed him for weeks to create an Arizona legislative committee to send Republican electors’ slate to Congress. Lacking any evidence to back up their wild claim meant Bowers refused. He did recall a phrase that captured the president’s own mindset, when Giuliani allegedly said: “We’ve got lots of theories but we just don’t have the evidence.”

The 69-year-old politician testified emotionally regarding his oath to the US Constitution and to the state of Arizona because Trump was asking him—a member of the Mormon church—to break an oath to a document he considers divinely inspired. Regarding post-election harassment, he read from his personal diary for the Committee. “It is painful to have friends…turn on me with such rancour. I do not want to be a winner by cheating. I will not play with laws I swore allegiance to.”

Cognitive dissonance infects most right-wing media, which simply does not discuss or question any committee findings. Their focus is to talk about inflation, critical race theory and rising petrol prices. Some websites have suggested sending much less financial aid to Ukraine in its war against the Russian aggression.

This reporter has two long-time friends very much in the Make America Great mindset. Otherwise intelligent and successful as professionals, this addiction has them in its grasp. As one put it: “Please refrain from sending me any negative Republican articles. I have zero interest.” The other was more direct, writing: “You need to stop thinking about all this. Take a break. Make love to your wife.” But it does!

There will be additional hearings in July after a Congressional recess.

Did you find apk for android? You can find new Free Android Games and apps.
Share
Facebook
Twitter
Pinterest
WhatsApp
Previous articlePatna HC asks registry to identify appeals pending for more than 6 months
Next articleRoe vs Wade: US Supreme Court rules no constitutional right to abortion