The Loony Lady and Conspiracy Theories

In an emotional video on Monday, U.S. lawmaker Alexandria Ocasio-Cortez has revealed that she is a survivor of sexual assault. 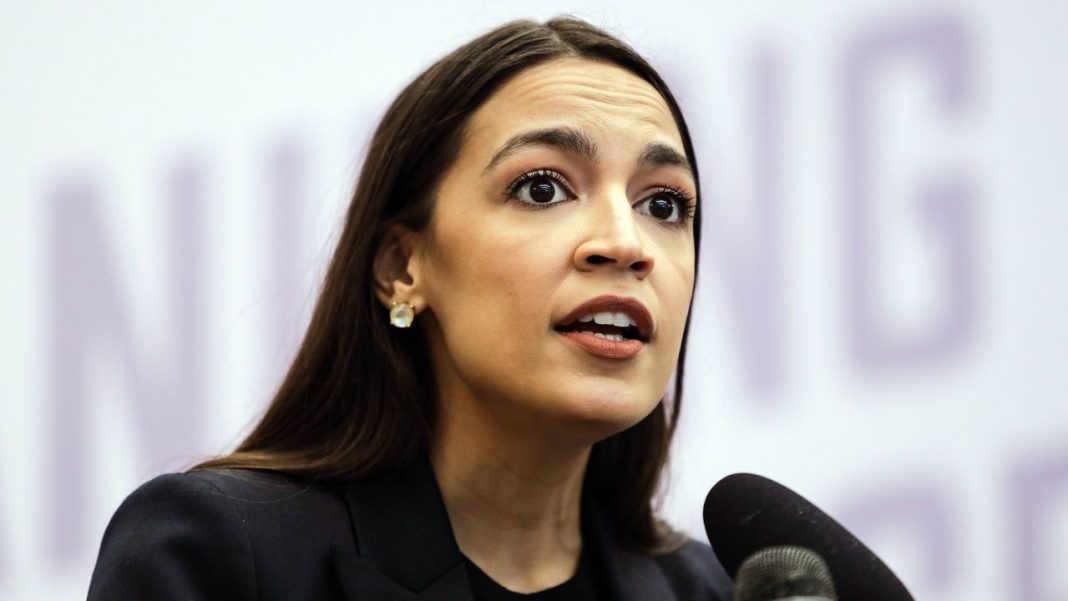 The Trump Impeachment trial begins in the US Senate next week. There is political theater being played in advance, including Trump’s approach to the trial, while the Biden-Harris Administration focuses on the pandemic and the need for a $1.9 billion stimulus package.

The two most powerful women in American political life observe the sideshow without amusement. For Vice President Kamala Harris and House Speaker Nancy Pelosi the business of solving America’s multiple crises is much more important than pushing back on freshman Republican Rep. Marjorie Taylor Greene from rural Georgia. She has generated outrageous amounts of media attention because she is a loud, proud believer in QAnon conspiracy theories that are always too incredible to believe.

But then, that is the wonder of conspiracy theories. The more unbelievable to reasonable people, the more authentic they sound to those who see them as the basis for everything they will not believe.

Not Marjorie Taylor. Greene. All in regarding Trump’s lies, Greene endorsed calls for the execution of prominent Democrats and agreed with Facebook posts claiming that the Parkland and Sandy Hook school shootings were hoaxes. She was recorded while harassing one of the Parkland  (Florida) massacre’s young survivors. Regarding the COVID-19 pandemic while campaigning last year she said on Twitter “children should not wear masks,” rejecting recommendations from the Centers for Disease Control and Prevention and other public health professionals. She described restrictions imposed in the United States Capitol in response to the corona virus pandemic, including facemask requirements, as “Democrat tyrannical control.” She opposes any form of mandatory mask wearing, compulsory vaccination, or lockdowns in response to the pandemic.

McConnell said, “This is not living in reality. This has nothing to do with the challenges facing American families or the robust debates on substance that can strengthen our party.” Paul Waldman, a columnist for the Washington Post writes: “McConnell and the rest of the party leadership don’t want to lose the loons, they just want them to be quiet.”

For her part, Greene tweeted back: “The real cancer for the Republican Party is weak Republicans who only know how to lose gracefully.”

She certainly wasn’t talking about former President Trump whose lawyers filed their legal briefs with the Senate for next week’s trial, pushing, as Trump demanded, his claims of a stolen election. The briefs argue because he is no longer president the Senate cannot convict him, even though the stated offenses happened while he was president speaking in full view of the nation encouraging domestic terrorism.

The brief also denies that Trump “intended to interfere with the counting of Electoral votes” ― a laughably false claim, given that he pushed for Vice President Mike Pence to reject electors in the very speech where he told supporters to march on the US Capitol. As insurrectionists broke into the Capitol, Trump tweeted his disappointment that Pence did not reject the certified electors submitted by states that voted for President Joe Biden. Moments after that tweet the “hang Mike Pence” chant reverberated throughout the building.

The legal brief misspells “United States” on its first page, but typos happen, and apparently the lawyers are confident that 17 Republican senators won’t join 50 Democrats in voting to convict and ban Trump from political life.

Greene would not wear a pandemic mask while clustered with other politicians hiding in a safe room as the Insurrection raged through the halls of Congress.  In sharp contrast, Democratic Representative Alexandria Ocasio-Cortez (popularly referred to as AOC) spoke extensively about her fear of death while hiding with a colleague in a House office before being led to safety by a plain clothes Capitol policeman.

AOC and Greene are polar opposites in all ways: Greene is southern rural, AOC represents a New York City Congressional district. AOC defeated a long time congressman in a primary race and quickly demonstrated in her first term that she is media savvy, capable of smart interrogation at hearings as well as a policy wonk of the first order. This is her second term.

Greene, on the other hand, won her first term this past November “defeating” a candidate who dropped out just before Election Day. Subtle is not her game, as she has appeared toting an automatic weapon in a campaign advertisement. Her positions on just about every issue match up with the most extreme Republican positions.

Both have become darlings of their respective positions on the political spectrum: Greene for the far right Trump Republicans, AOC for the progressive wing of the broad Democratic coalition.

Also Read: Pending vacancies of ‘Special Educators’ for ‘Children with Special Needs’ for more than a decade in SDMC run primary schools: Delhi HC termed it as “worst” situation

Alexandria Ocasio-Cortez said the threat of the gathering Trump supporters in Washington was evident in the days leading up to the 6 January insurrection in which five people died.  Hundreds have now been arrested.  She detailed her fear as the mob banged on her office door believing she was “going to die.” In her live Instagram talk this week she said understands that as the survivor of a sexual assault “when we go through trauma, trauma compounds.”