In the petition, the petitioner urged to explore the feasibility of extension of scheme by making credit card system for the farmers so that they can utilize it while purchasing fertilisers, diesel, machinery, implements and other agricultural related expenses 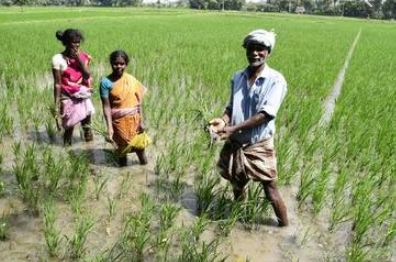 The Supreme Court on Monday allowed the withdrawal of a petition seeking amendments to the new farm laws passed by Parliament.

The petition filed by Vikrant Sharma through Advocate Shakti Kanta Pattanaik had also sought a writ of certiorari seeking amendments in the three farm laws as being violative of Articles 19 and 21 of the Constitution.

The bench of Chief Justice S.A. Bobde, Justices A.S. Bopanna and V. Ramasubramaniam said the petition has been drafted without application of mind in the prayer and said they would penalise the petitioner for the way it’s been drafted, and then allowed its withdrawal.

The petition had sought a direction whereby the Court may question the government why while introducing the amendments in the Essential Commodities (Amendment) Ordinance, 2020 and conversion of ordinance into the three farm acts, the following issues have not been addressed.

It has further been urged to explore the feasibility of extension of scheme by making credit card system for the farmers so that they can utilize it while purchasing fertilisers, diesel, machinery, implements and other agricultural related expenses.

The petitioner had further sought a direction to the Government to impose a ban on forward, creation and sending of frivolous, motivated messages on various social media platforms, electronic and telecommunication media.