Legal awareness is the key to equal access to justice: CJI Ramana 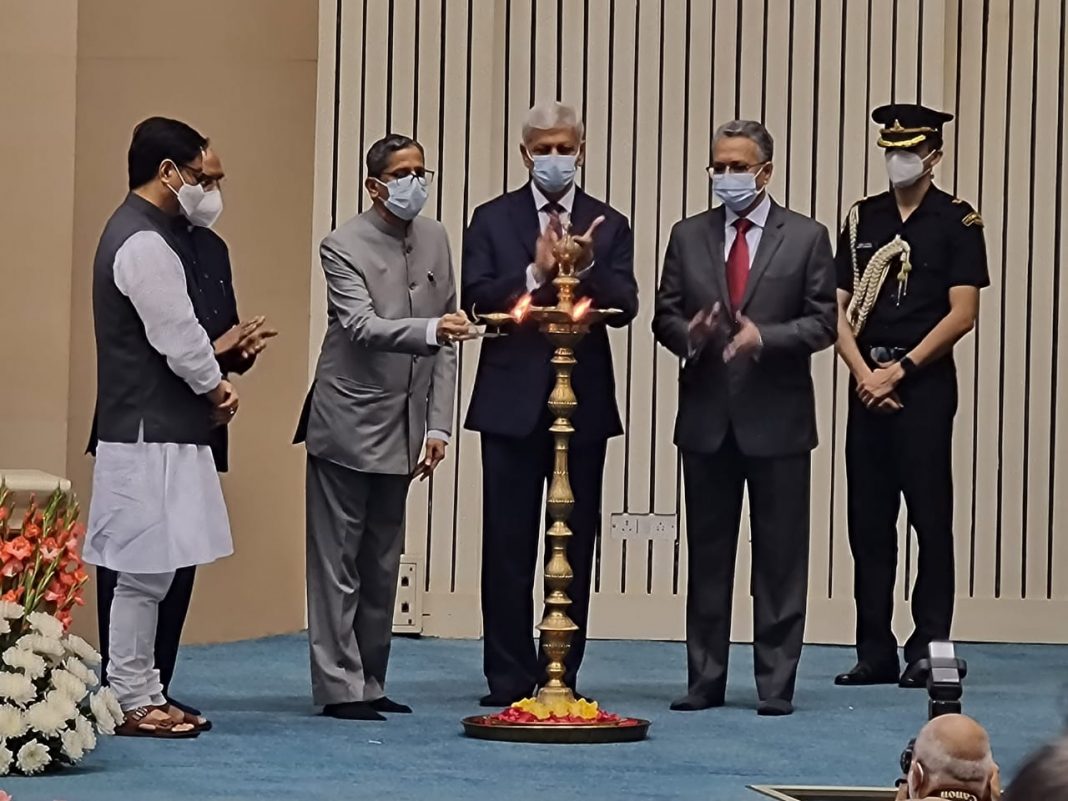 Chief Justice of India N.V. Ramana on Saturday said the key to equal access to justice lies in creating legal awareness first. Legal awareness will be the galvanising force behind the reform process that we are propagating. Only when the vulnerable classes are aware about their rights, they can shape their own future.

Attending the six-week Pan India Awareness and Outreach Campaign, launched by President Ram Nath Kovind here, the CJI said “In a democratic country, it is the faith and trust of the people that sustains institutions. We must earn that faith. The quality of democracy rests on the quality of justice. For a healthy democracy, a vibrant judiciary is essential. Covid-19 has created many problems to many institutions, including the judiciary. Thousands of cases have accumulated in different fora. Apart from large vacancies, the non-working of Courts and lack of virtual conferencing facilities in rural areas, the pandemic has exposed some deep-rooted problems. The judges have attempted to enable litigants to get faster justice.

“Since May onwards, my team so far has recommended appointment of 106 Judges and 9 new Chief Justices to various High Courts. The Government has cleared 7 names out of the 106 judges and 1 out of the 9 Chief Justices, so far. I expect that the Government will clear the rest of the names very soon. These appointments will take care of pendency to some extent. I seek the cooperation and support of the Government to enable access to justice and to strengthen democracy.

“If people know their rights, they can protect the nation. Every person comes across legal issues in their lifetime, be it related to employment, inheritance, business or the family. Suppression of unmet legal needs results in
the suppression of the full potential of an individual. In a complex society like ours, which is full of inequities,
problems tend to multiply on their own. Loss of daily wage, prospect of eviction, lack of health care and uncertainty about the next meal- all these flow from absence of justice. The social costs of this are unimaginable. Socio-economic justice would be impossible to achieve without providing equal access to justice.

“This is why today, all the three organs of the state, the executive, the legislature and the judiciary have come
together, to strive for future based on inclusion, equality and fairness. Today marks a historic day, not only for India but also for the world. The teachings and philosophy of the Mahatma, not only shaped the path to an independent, tolerant and self-reliant India, but also shaped many modern civilisations.

Also Read: The Sunset Years: Senior citizens bear brunt of abuse, mistreatment from their own

“Even today, the teachings of the Mahatma continue to guide humanity towards a better tomorrow. Gandhi strongly believed in the concept of Sarvodaya through Antyodaya – development of all through the welfare of the weakest sections of the society. It is an undeniable truth that only inclusive growth can lead to a sustainable and vibrant democracy. Inclusive and sustainable growth would be impossible to attain without providing inclusive access to justice. The framers of our Constitution were well aware about our socio-economic reality. Therefore, they envisaged a welfare state where no one is denied the basic needs of life.

In order to protect the aforesaid rights, the framers accorded us all, equal protection and equality before law. But this guarantee of equal justice will be rendered meaningless if the vulnerable sections cannot enforce their rights. Equality and Access to Justice complement each other. In countries with major socio-economic gaps, unequal access to justice leads to widening of these divides.

The National Legal Services Authority (NALSA) organised the campaign to spread awareness among the people living in far-flung areas of the country, about the functioning of legal services and institutions, as well as to provide them Pro-Bono services.

NALSA has rendered service to crores of people and has helped them in realising their rights and entitlements, all free of cost. But now we need to turn our efforts into a movement. Towards this end, NALSA is embarking on this ambitious six week programme beginning on the auspicious day of Gandhi Jayanti till the birth anniversary of Pandit Nehru. NALSA’s goal should be, ‘If the needy cannot reach us, we shall reach the needy.’

“I urge you all to whole-heartedly support this endeavour and carry the flag of justice to the remotest corner and to the weakest person in this country. As we celebrate the 75th year of our independence, it is a challenge for all the three organs of the state, to work together to realise the goals of true freedom and independence. Empowering and enabling the people is the key to true freedom- freedom from inequity, freedom to dream, freedom to achieve.

“We are fortunate to have a President who was a lawyer himself. In the interest of justice, Mr Kovind was the first to advocate making available all the judgments in regional languages. Being concerned with the welfare of people, he always seeks to improve the legal aid system, his presence here is a testament to that. It is his strong belief in gender justice that was instrumental in the recent appointment of judges to the Supreme Court. With him at the helm, the positivity will spread across all the High Courts.