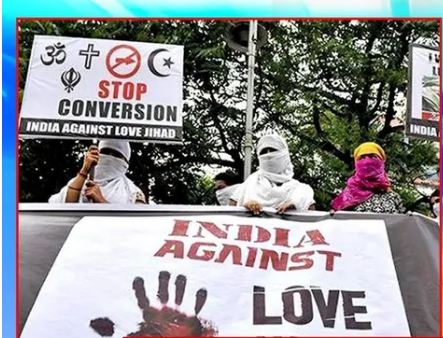 Two petitions have been filed in the Supreme Court on Thursday challenging the constitutionality of the recently promulgated Uttar Pradesh Prohibition of Unlawful Conversion of Religion Ordinance 2020 and the Uttarakhand Freedom of Religion Act, 2018. The petitions claimed the laws made in the name of love jihad be declared null and void because it disturbed the basic structure of the Constitution.

The first petition filed by Advocate Neeraj Shukla said the law passed by the Uttar Pradesh government which recommended 1 to 5 years of jail, if any accused fails to prove the conversion of the woman was not for marriage, has resulted in the violation of Article 14, 15 , 21 and 25 of the Indian Constitution. Right to live with a person of his/her choice irrespective of religion is intrinsic to right to life and personal liberty. Interference in a personal relationship would constitute serious encroachment into the right to freedom of choice of the two individuals.

The petitioner has submitted that the true danger with this new so-called “love jihad” law lies not in its explicit textual basis, which seems fairly innocuous prima facie. Instead, its threat lies in its ambiguity. Although, the scope has been cleverly restricted within constitutional margins, the law employs the use of open–textured phrases such as undue influence, allurement and coercion.

The petitioner has thus asked for a direction in the nature of Mandamus to the State Government of Uttar Pradesh to declare the new law null and void and, instead, direct the Central Government to pass any legislation on religious conversion or enact a new law on Freedom of Religion and Conscience.

The other petition has been filed by advocates Vishal Thakre, Abhay Yadav and Pranvesh, a law researcher, seeking a direction to declare the ordinances of the two states to be ultra vires and direct authorities not to give effect to the ordinances passed by the governments concerned.

Read Also: Covid: Allahabad High Court asks UP govt if people not wearing masks could be sent to community service

Did you find apk for android? You can find new Free Android Games and apps.
Share
Facebook
Twitter
Pinterest
WhatsApp
Previous articleHIV-positive person can’t be convicted of attempt to murder if he has sex with or assaults partner: Delhi HC
Next articleSupreme Court upholds conviction of man accused of raping mentally-ill woman