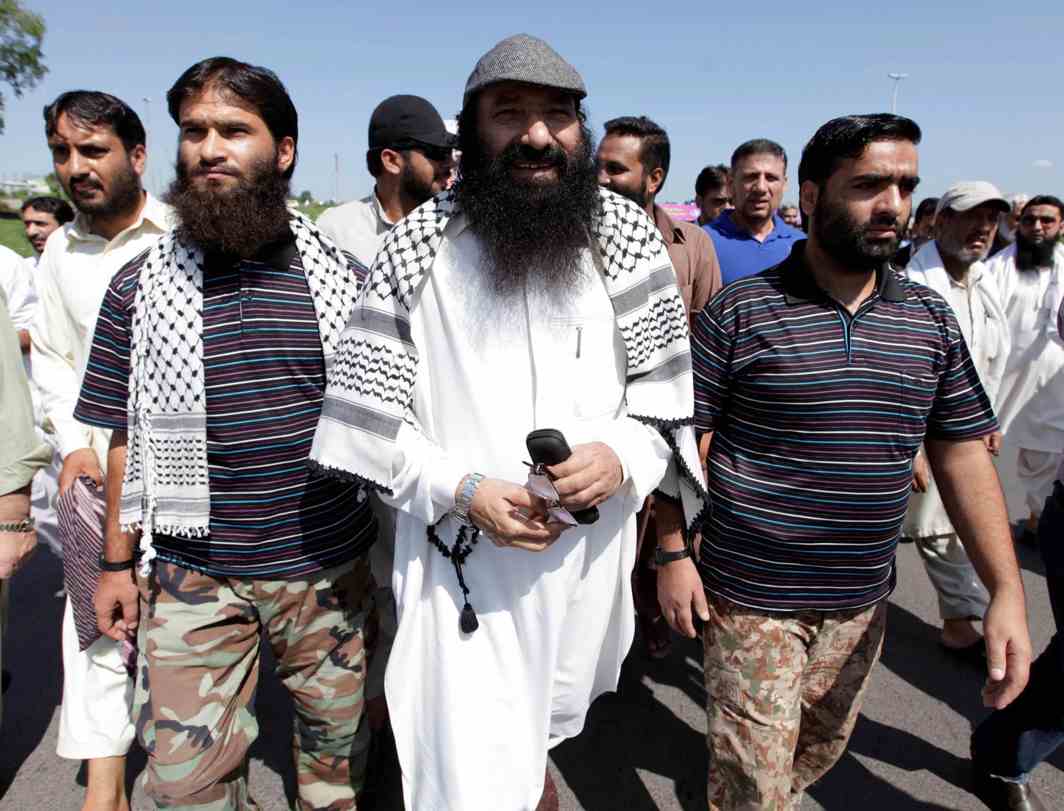 Above: Syed Salahuddin(center), chief of Hizbul Mujahideen leads a protest rally against the planned visit of Indian Interior Minister Rajnath Singh in Islamabad in 2016. Photo: UNI

Union Home Secretary Rajiv Mehrishi today said that the US government’s decision to declare Pakistan based Hizbul Mujahideen chief Syed Salahuddin, a global terrorist will help in choking his movements and financing.

Speaking to reporters on the sidelines of a function, Mehrishi said, Salahuddin is a terrorist and he has now been declared so and this declaration by the US will help in impacting his movements and funding.

The US yesterday designated Salahuddin — a global terrorist, a move welcomed by India which said it underlines quite strongly that both the countries face threat of terrorism.

Foreign Secretary S Jaishankar said in Washington that the declaration was a strong signal coming out of the US administration that it is committed to ending terror in all its forms.

The move by the US State Department came just hours before the first meeting between Prime Minister Narendra Modi and President Donald Trump at the White House.