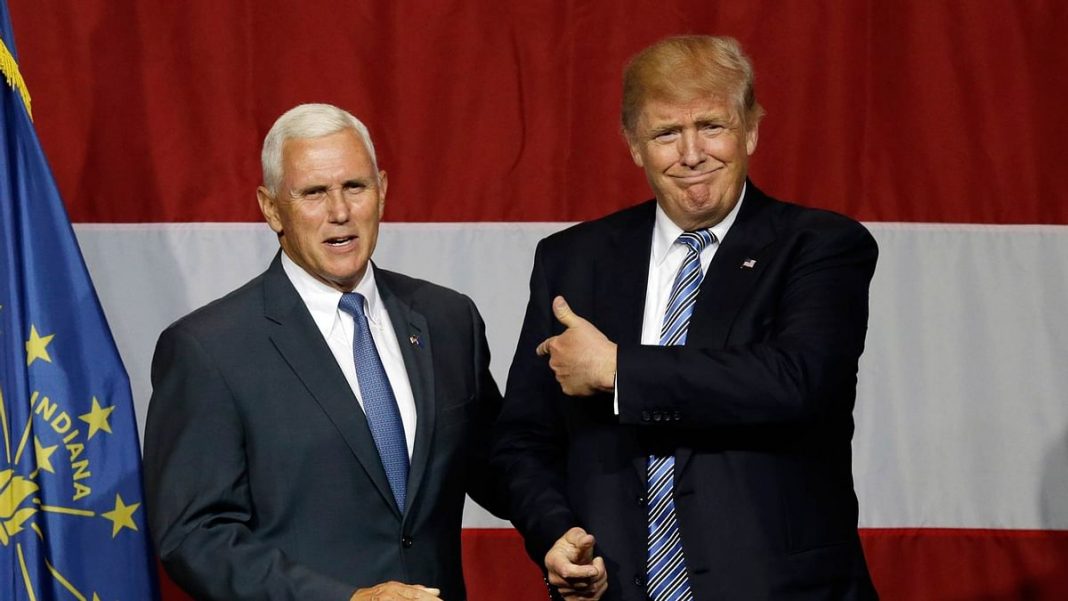 With virtually all political polling showing him losing quite badly, Americans are wondering which Donald Trump will show up in Nashville, Tennessee Thursday night (Friday morning IST) for the final US presidential debate. For the past week, the presidential rage has been directed at Hunter Biden, his opponent’s son, in what most political experts believe is a smear job based on fake information. Also Trump criticises the Debate Commission decision to mute the microphone of the candidate not speaking. This in response to Trump’s behaviour in Debate 1, which had him constantly interrupting and speaking over Biden in an attempt to rattle his opponent.

All signs suggest that more than just bad polling now rattles Trump. Critical financial data has become public suggesting that he has paid $750 in annual federal tax while maintaining bank accounts abroad, including in China. A growing chorus of former White House staff and Republican office holders has publicly criticised his leadership. His Supreme Court nominee is at risk as well. Judge Amy Coney Barrett had the votes from the Republican controlled Judiciary Committee. Yet Republican control of the full Senate is slim enough that a one-vote change could ruin the choice. The full Senate’s confirmation vote will fall in the two months between election and January 3, 2021 when the new Congress is sworn in.

The worry rests on the fact that the 6-year US Senate terms are staggered so that 33% expire every two years. However, an early retirement means the second Arizona seat on the ballot this year can be sworn into the US Senate immediately. So if former astronaut Mark Kelly, a Democrat, wins he gets to join the Senate immediately. If the Republicans opposed to Judge Amy Coney Barrett remain steadfast and are joined by Kelly, her nomination will fail. Considering how Republicans refused President Obama for 11 months on an appointment, what Shakespeare wrote in Macbeth seems appropriate, “Fair is foul, and foul is fair.”

Biden, meanwhile, has continued his low intensity campaign and now has former President Obama speaking for him in critical swing states. The October surprise from Trump appears to be his reluctance to abandon his enormous appetite for grievance. His advisors privately  complain to be perplexed by his refusal to frame issues in a positive manner that might attract voters. A website headline this week suggested, “President Trump campaigns inside the bubble he has lived in since 2017.” Reflecting this, a masklessTrump has been hosting rallies this week with unmasked closely-packed supporters to whom he brags about his recovery from Covid-19.

However, the respected Cook Political Report, with access to an enormous amount of data takes issue with his optimism about the “silent majority.” David Wasserman focuses on Congressional House seats. He’s been tweeting that Trump is not matching 2016 totals in White working-class House districts and falling further behind in districts heavy on college-educated Whites. “Trump is underperforming his 2016 margins by eight to 10 points in most competitive districts. If Trump won a district by three last times, he’s probably losing it by six this time. It’s a pretty consistent pattern,” says Wasserman.

Advertising statistics suggest Biden-Harris are outspending Trump-Pence 2-to-1. Especially annoying to the Administration are video ads from the Lincoln Project, a group of Republican campaign experts who became anti-Trumpers with a mission. Unlike the typical formulaic old fashioned advertisements used by the Democrats, the Lincoln Project spots are cynical, satirical and produced as stories that get from A to Z in 30 to 45 seconds. While they target voters, often they are obviously aimed right at Trump’s ego. He responded as expected, calling it a “Losers Project.” In the following two days, the project received $2 million in donation. Some of the most recent ads produced by the Biden team have demonstrated an awareness of what works best in 2020 on television and social media.

Early in-person voting and mail-in voting have turned this election into contests that might have unpredictable results. The assumption is that Democrats are much more inclined to vote before the official election day of November 3, with Republicans preferring the voting booth. Yet, in a pandemic-scarred year no one knows for sure. It could be a Blue (Democratic) tsunami sweeping out old Congressional folk, or a Red (Republican) squeaker riding on the shoulders of people who never talked to a pollster.